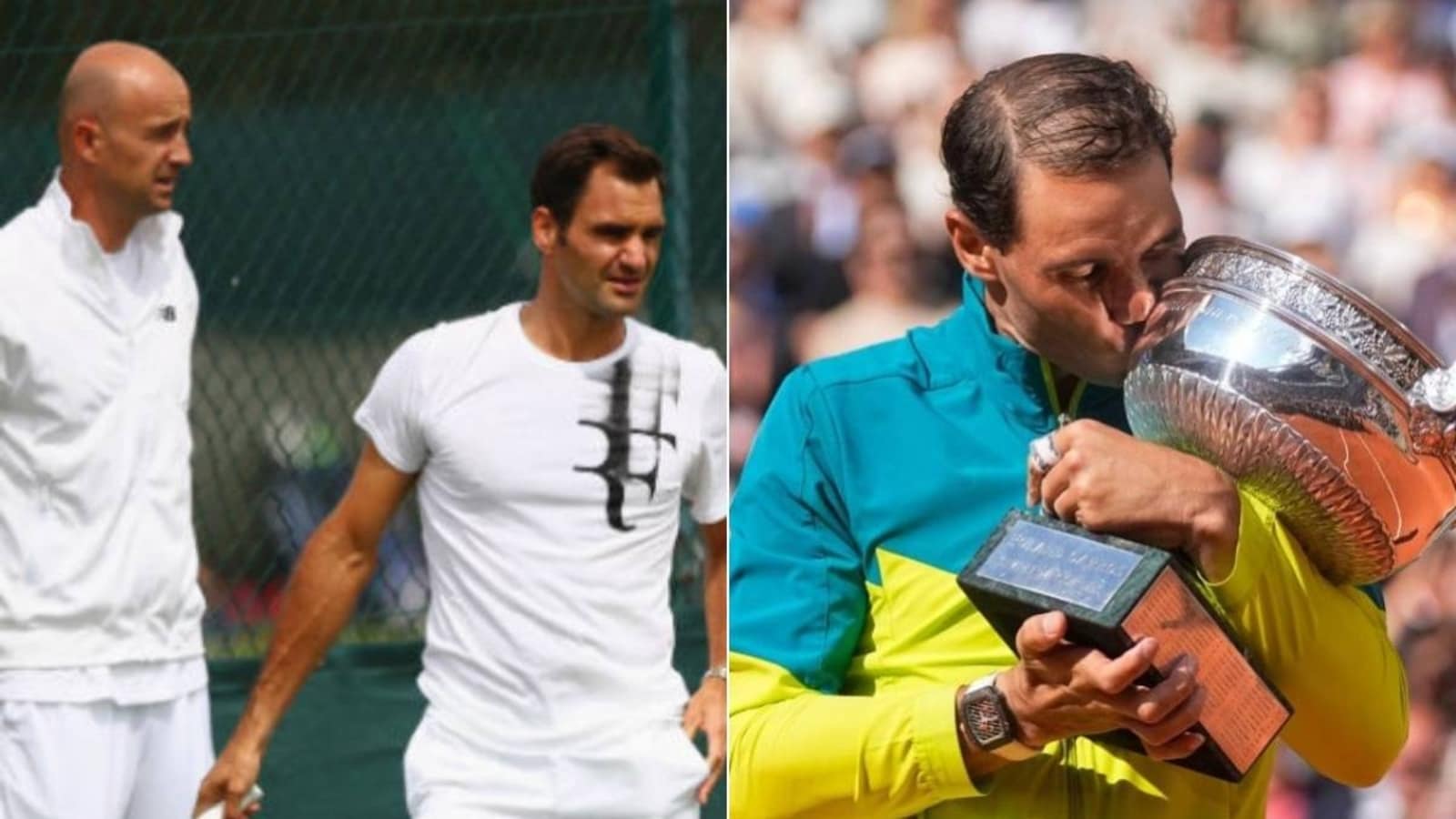 Roger Federer’s coach Ivan Ljubicic was full of praise for Rafael Nadal after his record-extending 14th French Open haul on Sunday at the Roland Garros, a title victory that on the same day he had captured his maiden Grand Slam title on Parisian clay 17 years back. Following the historic win, Ljubicic made a huge request to the French Open on Nadal.

A comfortable straight-set win over Norway’s Casper Ruud made Nadal the oldest champion at the Roland Garros, a victory that came amid the toughest of conditions, especially the one pertaining to his chronic foot injury. The pain that resurfaced just nine days before the start of the tournament in Paris, made Nadal the third favourite after Novak Djokovic and Carlos Alcaraz. But Nadal defied all odds to script more history in French Open.

Following the big win, Federer’s coach took to Twitter to request French Open that it is time to name the centre court, presently named after Philippe Chatrier, after Nadal.

ALSO READ:‘ It’s not a tournament that I want to miss but…’: Rafael Nadal makes massive Wimbledon statement after French Open win

“Not many PLAYED 14 @rolandgarros tournaments. He won it 14 times. There is no word to describe this feat. Don’t think good old Phillippe would mind if his court changes the name to Rafael Nadal – statue is not enough,” he said.

Not many PLAYED 14 @rolandgarros tournaments. He won it 14 times. There is no word to describe this feat. Don’t think good old Phillippe would mind if his court changes the name to Rafael Nadal – statue is not enough

Such is Nadal’s dominance at French Open that the next best tally of titles at the Slam is France’s Max Decugis, who had amassed eight trophies the last being almost a century back. Among active players, the next best is Djokovic with two trophies while Federer himself has managed just one win.