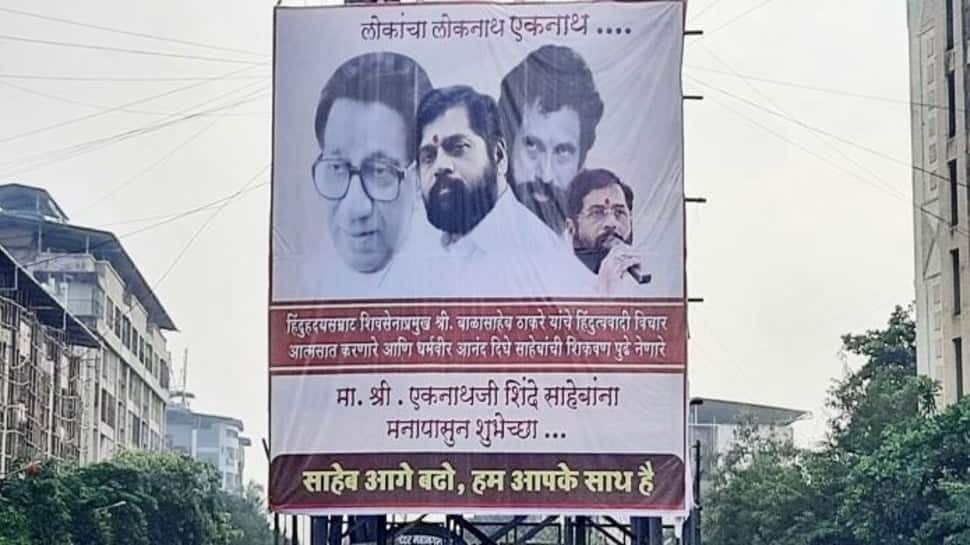 The coalition government in Maharashtra is in crisis. As time goes on, Uddhav Thackeray is getting weaker in terms of numbers. Shiv Sena MLA Eknath Shinde claimed that he was accompanied by 37 Shiv Sena MLAs. There are 9 independent MLAs and bjp has 2 MLAs. That is, there are now 48 MLAs in the rebel camp as claimed by Eknath Shinde. Not only that, Shinde claimed that 8 more MLAs are coming to his camp. Among them are 3 MLAs of Shiv Sena and 5 MLAs of Independents.

Another Shiv Sena MLA Bhaskar Yadav’s mobile phone is switched off. As a result, it is doubtful whether he has joined the aggrieved camp or not in the Uddhav camp.

Meanwhile, posters in Thane, Maharashtra, have started reading after the Shiv Sena’s internal strength shifted to Eknath Shinde. No one from his family with Bal Thackeray but posters with a picture of Eknath have been put up in Thane and Raigad.

Maharashtra | A banner, reading ‘Your arrogance would last 4 days, our kingship is inherited’, seen outside the residence of Shiv Sena leader Sanjay Raut in Mumbai.

The banner has been put up by Shiv Sena Corporator Deepmala Badhe. pic.twitter.com/N4WkJA0riB
— ANI (@ANI) June 22, 2022

From Convent School to Tihar Jail: How Lawrence Bishnoi Made it ‘Big’ in Organised Extortion Business