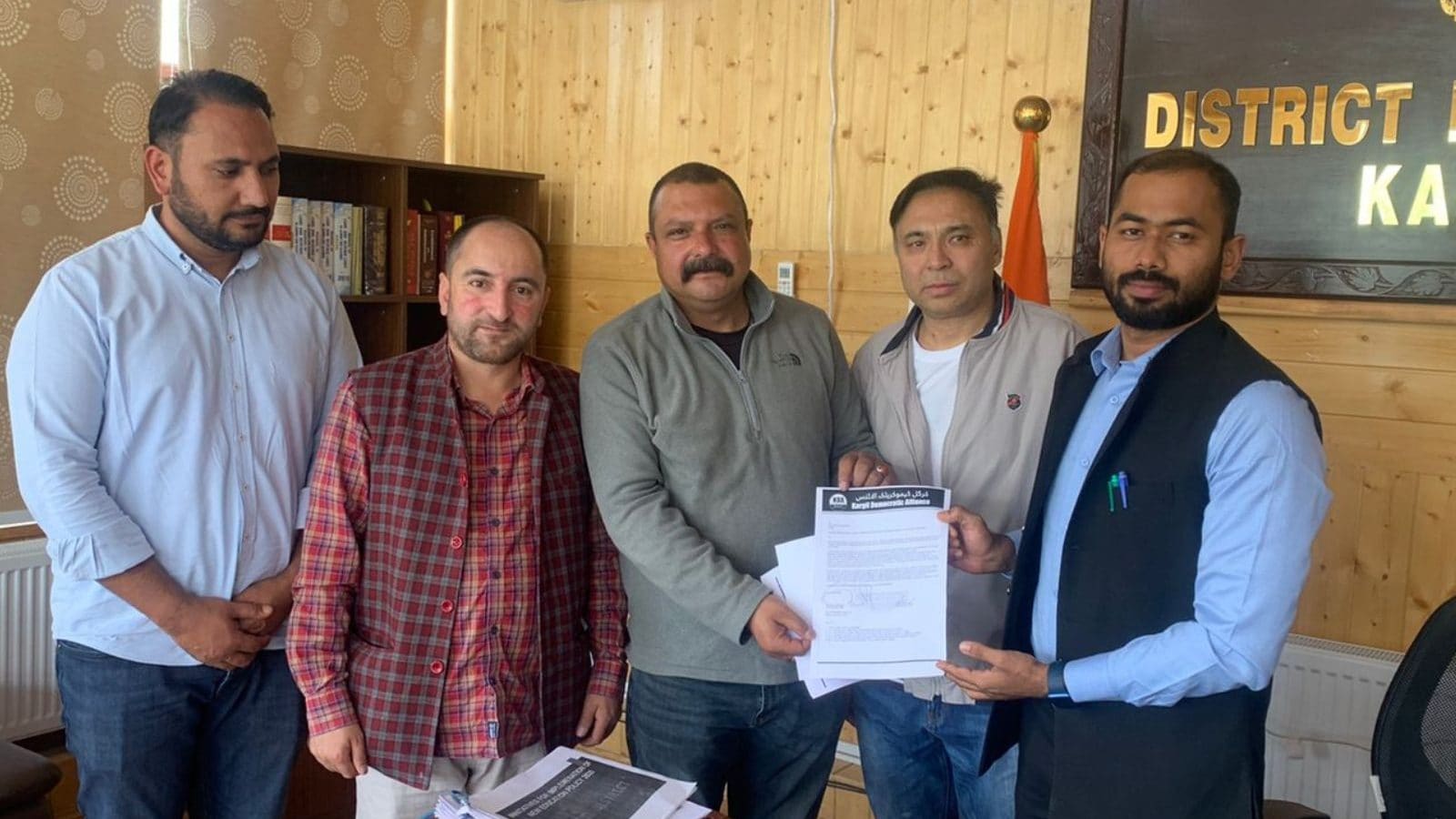 The Muslim-dominated Kargil is tense over a rally scheduled to be taken out later on Monday by sections of Buddhists to demand construction of a Gompa inside the northern township.

The yatra, Eco Pad Yatra, led by Buddhist spiritual and religious leader His Eminence Palga Rinpoche started from Leh a few days ago and has reached Mulbek, a Buddhist centre near Kargil.

It is set to move towards the Kargil maintown, where Muslim religious organisations have expressed their reservations, terming it a breach of an agreement between the leadership of the Ladakh Buddhist Association (LBA), Leh and Kargil Democratic Alliance (KDA).

Both the LBA and KDA are influential political bodies based in Leh and Kargil. The LBA is headed by region’s seniormost leader Thupstan Chhewang, a two-time Member of Parliament from Ladakh and former Bharatiya Janata Party leader.

A strong supporter of dialogue, Chhewang is not in favour of the rally, saying it is “politically motivated” and designed to subvert peace in the sensitive region which shares borders with China and Pakistan.

The Kargil township, located on the banks of the Indus river and locally called Suru, is crunched for land. In the past, the government has struggled to put up a decent hospital, college or a sports stadia.

In the past few months, the KDA and LBA have held a series of meetings over the Gompa land. Leaders of both the LBA and KDA had resolved to find a permanent solution to the issue through dialogue.

The Kargil unit of the LBA, however, is adamant on taking out a rally and holding a symbolic puja near a decrepit site they claim had been earmarked for a Gompa construction in 1961. However, the KDA, an umbrella organisation of social and religious organisations in Kargil, said then government of Jammu and Kashmir had scrapped the use of the land for religious activities in 1969.

Saying the “peace” rally has political motives to ruin brotherhood in the region, Sajjad Kargali, a senior politician from Kargil, told News 18 that the proposed march is not in tune with the agreement that the KDA and LBA had entered into on May 26, 2022.

“This rally is a breach to the agreement reached out by the collective leadership,” he said.

Kargali said the politically motivated yatra is aimed to create tension in the two regions at a crucial time when they are fighting for a larger goal.

The KDA and LBA have been fighting unitedly for constitutional safeguards and statehood for whole of the Ladakh region.

‘IN TOUCH WITH ADMINISTRATION’

Skarma Dadul, Kargil-based LBA president, however, said he has asked the current LG administration to restore two kanal (8 kanals is equal to an acre) of land for Gompa construction as per the 1961 order. “We don’t agree with the 1969 order. We want to establish Gompa in Kargil and for that we will continue our agitation,” he told News 18 from Kargil.

Dadul said he is in touch with the administration to assist them in holding the rally. “I can’t say whether we will take it out or not,” he said.

News 18 could not reach Chhewang for comment. But he told a local news channel that he does not endorse the yatra. “I want resolution of the Gompa issue through dialogue and not by provocation. We want full cooperation from the people of Kargil and I am hopeful we will be able to resolve this peacefully,” he said.

Share
Facebook
Twitter
Pinterest
WhatsApp
Previous articleOffice Chair Yoga: Workouts at gym are so yesterday. Try these 4 exercises at your workplace and reap health benefits
Next articleSidhu Moose Wala gets a tribute at New York’s Times Square, fans say ‘he deserves it’. Watch