Telugu subject compulsory for class 1 to 10 of CBSE, ICSE, IB schools in Telangana 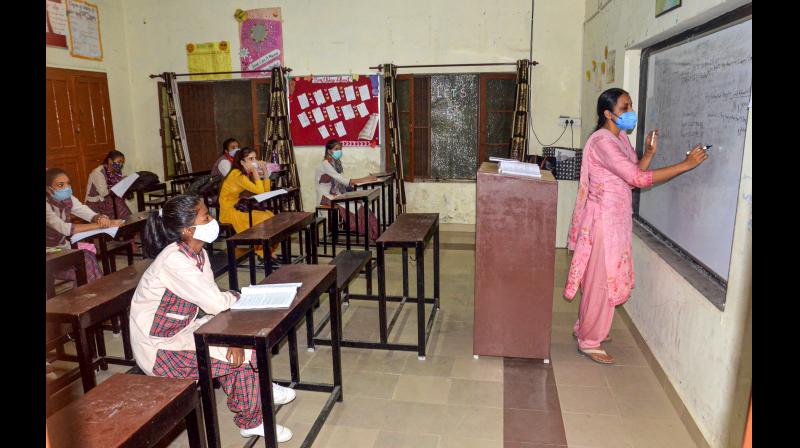 Hyderabad: The Telangana government has mandated Telugu as second language for students of CBSE, ICSE, IB and other board-affiliated schools from Class 1 to 10 beginning this academic year.

A circular to this effect was issued recently by the School Education Department, which comes as part of the state government’s implementation of the Telangana (Compulsory Teaching and Learning of Telugu in Schools) Act 2018 in a phased manner from 2018-19.

A per the Act, Telugu was made compulsory from Class I to X irrespective of the Board with which schools are affiliated.

The violation of rules to implement Telugu as compulsory subject from class I-X from academic year 2022-23 onwards for all management and different Board affiliated schools (CBSE, ICSE, IB and other Boards) in Telangana state will be viewed seriously and necessary actions will be taken as per the Act and guidelines given by the Telangana State Govt, the circular said.

The department has designed two Telugu textbooks, one for Telugu-speaking students and the other for those children whose mother tongue is not Telugu.

The state government also cautioned that non-compliance of the rule will have serious repercussions on the NOC issued to those schools.