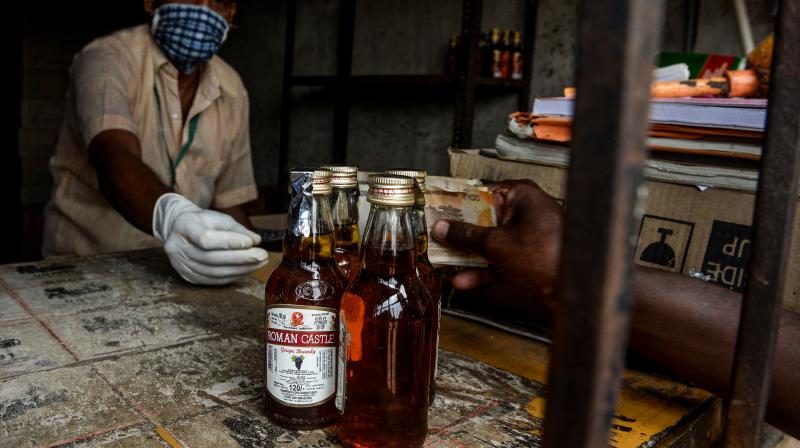 HYDERABAD: The Telangana High Court on Wednesday made it clear that it was not inclined to interfere in the policy matters of state in manufacturing, distribution and sale of liquor. Any decision to be taken on prohibition of sale and distribution of liquor was in the sole domain of the state government and courts could not pass any such directions, it said.

A division bench comprising Chief Justice Satish Chandra Sharma and Justice Abhinand Kumar Shavili was dealing with a PIL filed by an elderly couple from Jadcherla, who requested the court to restrain the state from manufacturing, selling and allowing consumption of liquor in Telangana, and if necessary, to impose total prohibition of liquor.

The writ petition was filed in 2016, requesting police protection to them from their son Sridhar Goud, who he was addicted to alcohol, and as result lost his police constable job following which his wife deserted him. The poor couple also requested that his son should be joined in a de-addiction centre by the government and his treatment responsibility lay on the government, because it was due to the decision of the government to allow sale of alcohol without any restrictions that their son was addicted to liquor.

Fearing that their lives were in danger due to the threatening behaviour of their son, the couple stated their fundamental rights under Article 21 of the Constitution were being violated.

However, since 2016, the petition has been pending, Now, in 2022, the petitioners want interference of the court in policy matters of the state as it was the state to take a decision in respect of prohibition of liquor as imposed in Bihar and Gujarat.

Considering the request of the petitioners, a single judge directed the High Court Registry to convert it as PIL. After it was converted into a PIL, the division bench headed by Chief Justice heard the matter and rejected the plea.

“This Court, merely because the petitioners’ son has got addicted to alcohol, cannot direct imposition of total ban on sale and purchase of liquor in Telangana and it is for the lawmakers to take a call in the matter,” the bench observed.

Biden to tout plan to protect millions of workers’ pensions