Telangana denies guv R-Day guard of honour this year too 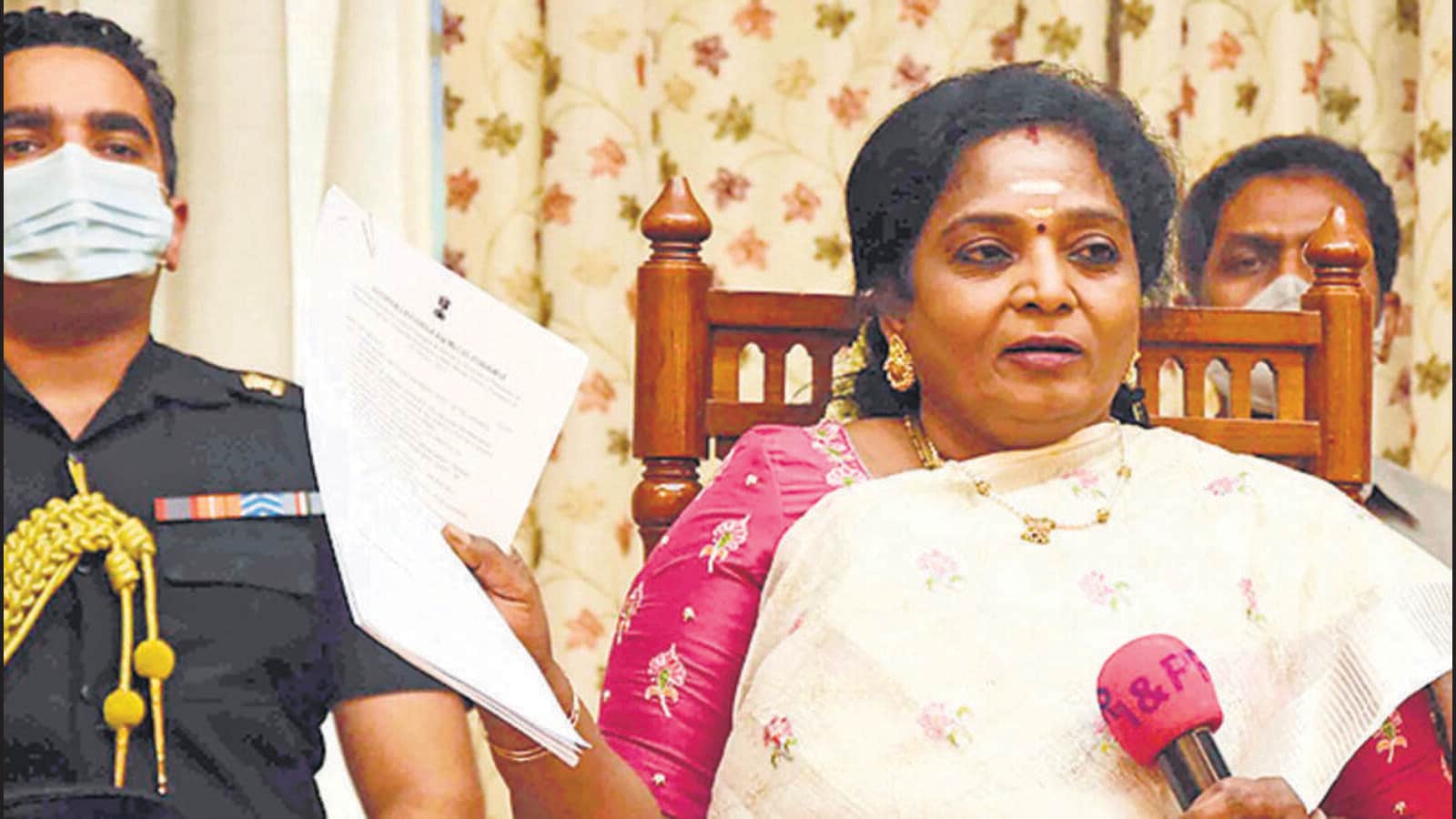 The Telangana government for a second consecutive year has denied governor Dr Tamilisai Soundararajan the opportunity to inspect the state police’s ceremonial parade on Republic Day, amid the ongoing rift between chief minister K Chandrashekar Rao and the Raj Bhavan, people familiar with the matter said.

The Bharat Rashtra Samithi (BRS) government has also decided against the governor’s joint address to the state legislature on the commencement of the budget session on February 3, with the assembly secretariat saying the upcoming session is only a continuation of the monsoon session adjourned in October 2021.

The development comes at a time when governors and chief ministers in several non-Bharatiya Janata Party (BJP) ruled states, such as Kerala, Tamil Nadu, West Bengal, Punjab and Jharkhand, are pitted against each other. Earlier this month, a political row erupted in Tamil Nadu when governor RN Ravi skipped portions of his speech during the address to the state assembly about achievements of the state government on governance and implementing Dravidian policies.

The Telangana government, in a communication sent to the governor on Monday, asked her to restrict the flag hoisting event and other formalities of the Republic Day celebrations to Raj Bhavan. The state government cited “Covid-19 restrictions” as the reason for the cancellation of the ceremonial parade and the governor’s address at the Secunderabad Parade Grounds on January 26 this year.

It effectively means there will be no ceremonial parade and guard of honour for the governor on January 26 this year, a senior Raj Bhavan official told HT.

“Last year, too, the governor had been denied the opportunity to inspect the ceremonial parade and receive the guard of honour, on the pretext of threat from Omicron variant of Coronavirus, though there were no such restrictions in other states,” a senior Raj Bhavan official told HT, requesting anonymity.

To be sure, there has been no directions from the Union government this year with regard to following Covid-19 protocols for public gatherings, particularly Republic Day celebrations.

“There has not even been any response from the government to her letter written a fortnight ago seeking the prepared text for the speech to be read out on the Republic Day,” the official said.

While state legislative affairs minister Vemula Prashant Reddy did not respond to phone calls for a comment, the Raj Bhavan official said the “governor was terribly upset” with the development.

KCR, as the chief minister is popularly called, conducted a ceremonial parade and guard of honour at Golkonda Fort on the occasion of 75th Independence Day, the official said. “The celebrations were attended by thousands of people and there were no restrictions whatsoever.”

The governor has also been denied the customary address of the joint session of the state legislature on the commencement of the budget session on February 3.

On Saturday, the assembly secretariat issued a notification, saying the “fourth meeting of the eighth session of the state assembly would commence on February 3”. It effectively means the forthcoming session is only a continuation of the monsoon session of the legislature, which was adjourned on October 8, 2021.

“This was also done to insult the governor and deny her the protocol,” the Raj Bhavan official said.

The differences between the governor and KCR first came to the fore in August 2021, when Tamilisai Soundararajan refused to accept the government’s proposal nominating ruling party’s leader P Kaushik Reddy for the MLC seat under the Governor’s quota on the ground that he did not fit into the social service category.

The launch of a suggestions and grievances box at Raj Bhavan on January 1 last year, for the common people to express their grievances against the government, was also not taken kindly by KCR. Leaders of the ruling BRS have criticised the same on several occasions.

The BRS dispensation has also denied the governor from using the government’s helicopter during her public tours, such as the Sammakka Saralamma event at Medaram in Mulugu district and Bhadrachalam tour to inspect the flood-affected areas. District officials were also asked not to receive her or see her off.

The governor has openly expressed her displeasure at the chief minister and the state government several times on various issues and each time, BRS leaders reacted strongly and accused her of being an “agent” of the Centre and the BJP.

Telangana BJP spokesperson NV Subhash said it was a clear case of personal vengeance by the Telangana government against the governor. “All kinds of restrictions are imposed only for the governor and the opposition parties. By denying the opportunity to the governor to inspect the ceremonial parade, KCR has insulted the institution of the governor and showed utter disregard to a woman governor,” he alleged.