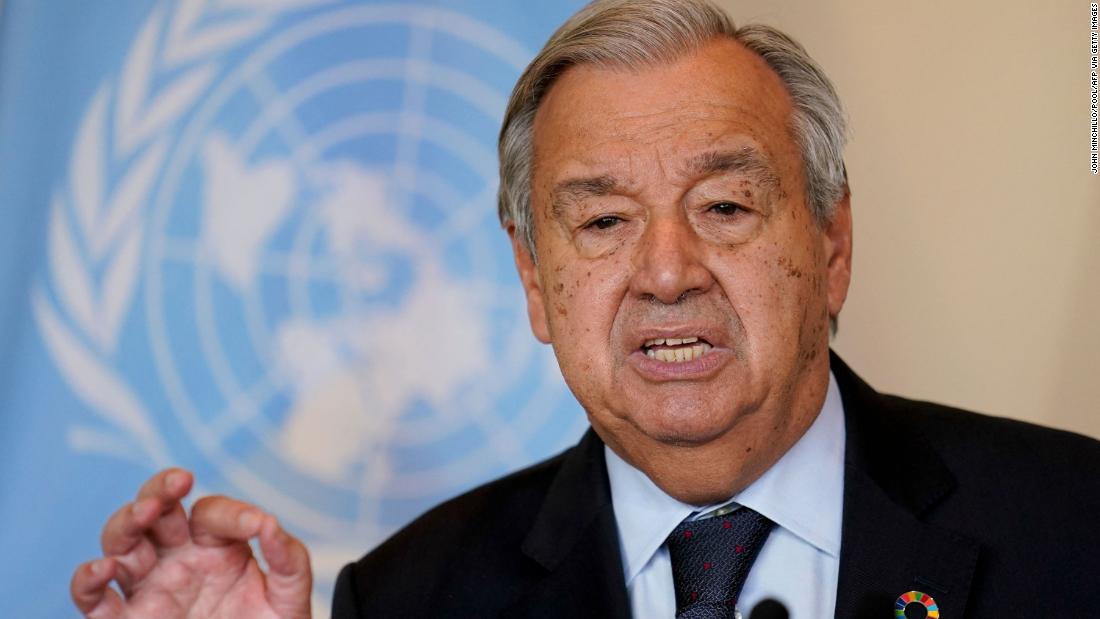 The UN chief accused energy giants of “feasting on hundreds of billions of dollars in subsidies and windfall profits while household budgets shrink and our planet burns.”

Guterres’ comments, at the UN General Assembly in New York, come on the heels of a European Union proposal to introduce a windfall tax on oil, gas and coal companies, many of which have reported record-high profits as Russia’s war in Ukraine and an energy crunch send prices soaring.

The European Commission is proposing that EU states take a 33% share of the companies’ surplus profits. The United Kingdom introduced a 25% windfall tax earlier this year to provide relief for people struggling with their energy bills but newly installed Prime Minister Liz Truss has said she won’t extend it to pay for a much bigger program of subsidies this winter and next. US President Joe Biden’s administration mulled the idea in the summer but it gained little momentum.

“Today, I am calling on all developed economies to tax the windfall profits of fossil fuel companies,” Guterres told the Assembly. “Those funds should be redirected in two ways: to countries suffering loss and damage caused by the climate crisis, and to people struggling with rising food and energy prices.”

His comments also come as parts of the world are battered by extreme weather events supercharged by the human-induced climate crisis. More than 1,500 people died in Pakistan over three months of extreme monsoonal rain that scientists have linked to climate change. More than 300 people have died in floods in Nigeria this year, disaster management authorities there say.

Typhoons and hurricanes have brought floods to Puerto Rico, the Dominican Republic and Japan this week. Drought is impacting vast swathes of the United States, China and Europe.

Guterres warned that a “winter of global discontent is on the horizon,” with inequality “exploding” and the cost-of-living crisis “raging” while the planet burns.

“We need to hold fossil fuel companies and their enablers to account,” he added. “That includes the banks, private equity, asset managers and other financial institutions that continue to invest and underwrite carbon pollution.”

The UN General Assembly is likely to be dominated by Russia’s war in Ukraine. The climate crisis, nonetheless, will be unavoidable, intersecting with several issues on the agenda, including energy and food security.

“The climate crisis is the defining issue of our time,” Guterres said. “And it must be the first priority of every government and multilateral organization. And yet climate action is being put on the back burner — despite overwhelming public support around the world.”

The secrets of Lake Mead and the drought exposing them

Elon Musk faces deposition with Twitter ahead of October trial

Navratri 2022: Indian Railways Offers Sattvic Food on Train; Here’s How You Can Order