Tata Nexon EV catches fire in Mumbai, here’s what the company has to say 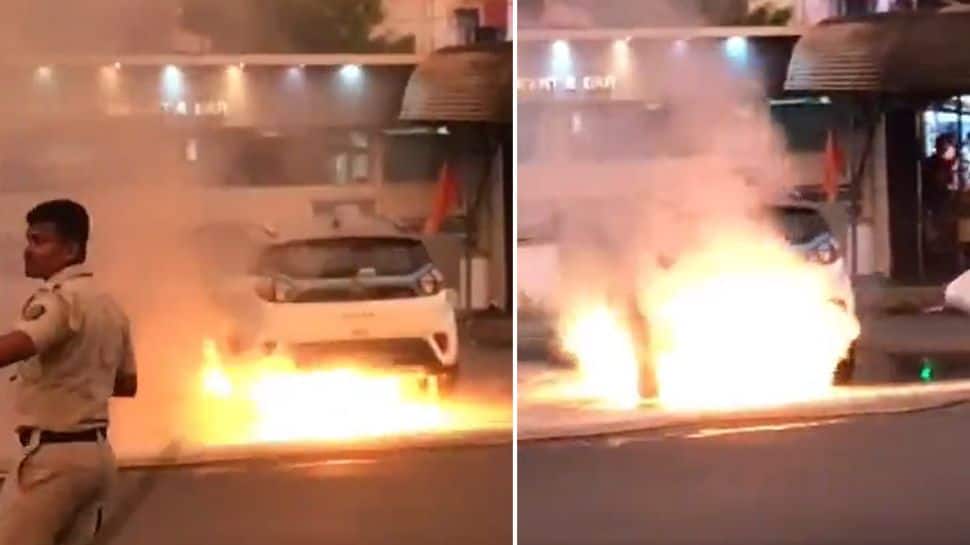 Amidst a series of electric scooter fire incidents, a new incident of an electric car catching fire has come to light. In the new incident, a Tata Nexon EV caught fire in the Vasai West near Panchvati hotel in a Mumbai Suburb area of Maharashtra. The video of the electric compact SUV is doing rounds on the internet, receiving mixed reactions from the netizens. Based on the video, the fire was controlled on time, and no one was injured in the incident. However, the reason for the fire in the SUV is not known yet.

Tata Motors has clarified its stance on the incident and has said that the company will investigate the incident. In their words, ” A detailed investigation is currently being conducted to ascertain the facts of the recent isolated thermal incident that is doing the rounds on social media. We will share a detailed response after our complete investigation. We remain committed to the safety of our vehicles and their users. This is the first incident after more than 30,000 EVs have cumulatively covered over 1 million km across the country in nearly 4 years. “

In case you missed it @hormazdsorabjee

Retweeting the video of the burning Tata Nexon EV, Bhavish Aggarwal, CEO of Ola Electric CEO said, “In case you missed it, @hormazdsorabjee EV fires will happen. Happens in all global products too. EV fires are much less frequent than ICE fires.”

Also read: Electric vehicle sales likely to grow by 33 per cent by 2028 – Report

It is to be noted that the series of arguments on the EV fire incidents started with the Ola Electric scooter catching fire in the heat of Pune. Following that, there have been numerous fire incidents involving multiple brands like Pure EV, Okinawa Autotech, Jitendra EV, and some others.