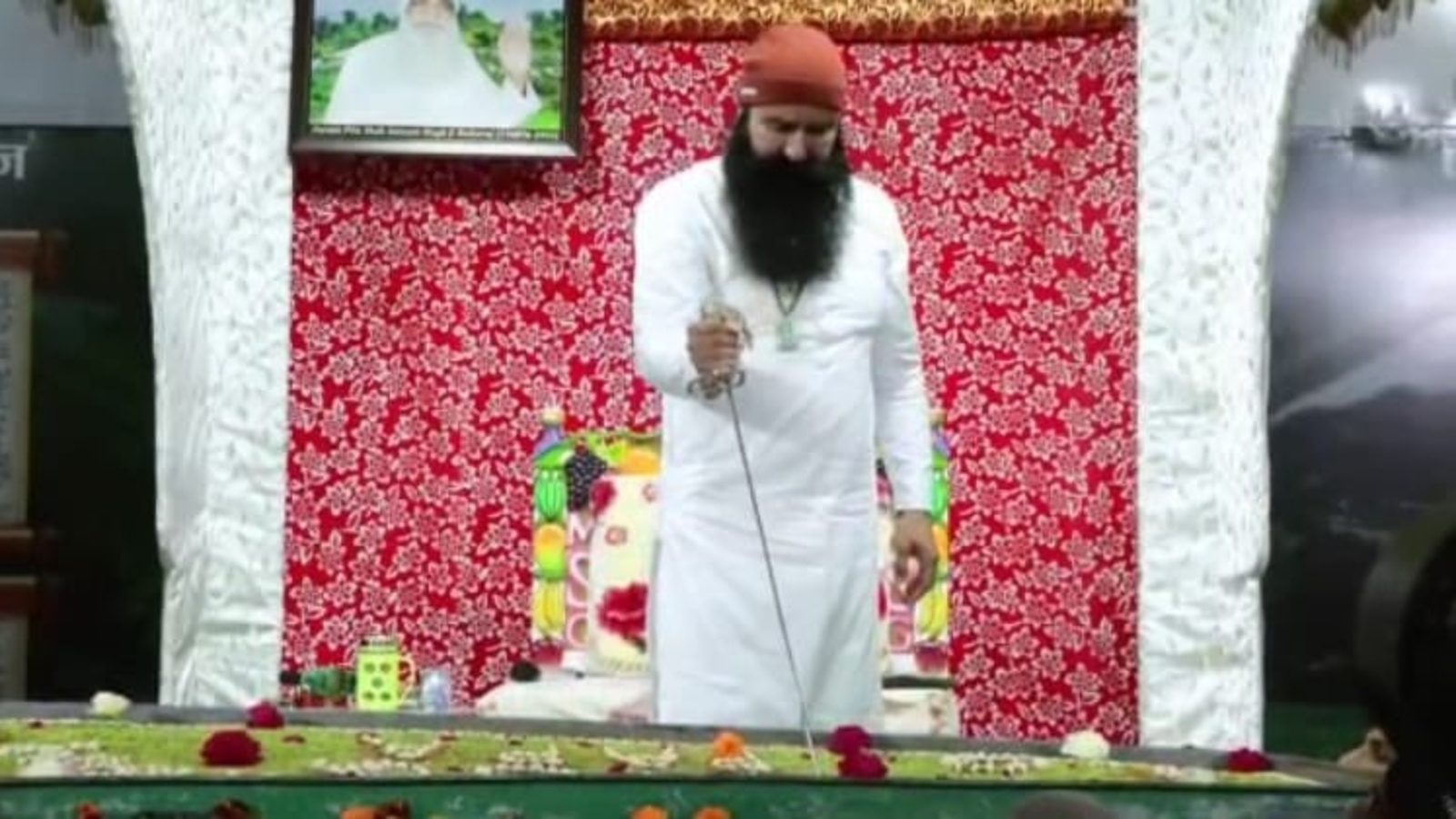 Rape and murder accused Dera Sacha Sauda head Gurmeet Ram Rahim, who is currently out on parole, was seen “celebrating” by cutting a cake with a sword. A video of the celebration by Ram Rahim with the giant cake has gone viral on social media.

Tweeting the video, chairperson of Delhi Commission for Women (DCW) Swati Maliwal said for such acts, a case is registered under the Arms Act.

Incidentally, public display of weapons such as cutting a cake with a sword is prohibited under the Arms Act.

“Khattar ji, see how the rapist whom you left open in the society is slapping the system. Once great heroes used to protect the weak with the sword, today this rapist is celebrating with the sword. A case is registered under the Arms Act for such acts, but here the entire government is lying on his feet,” Maliwal tweeted in Hindi.

The Sirsa-Dera chief, who is serving a 20-year jail term for rape and murder, walked out on a 40-day parole from the Sunaria Jail in Haryana’s Rohtak district on Saturday and arrived at his Barnawa Ashram in Uttar Pradesh’s Baghpat.

In his bail application, Ram Rahim had said he wanted to attend an event to mark the birth anniversary of former Dera chief Shah Satnam Singh on January 25.

In the purported video that has surfaced on social media, the Dera chief can be heard saying, “Got a chance after five years to celebrate like this so I should cut at least five cakes. This is the first cake.”

A video of Bedi and Panwar interacting with Ram Rahim during the event has gone viral on social media. HT has seen the video but cannot verify its authenticity.