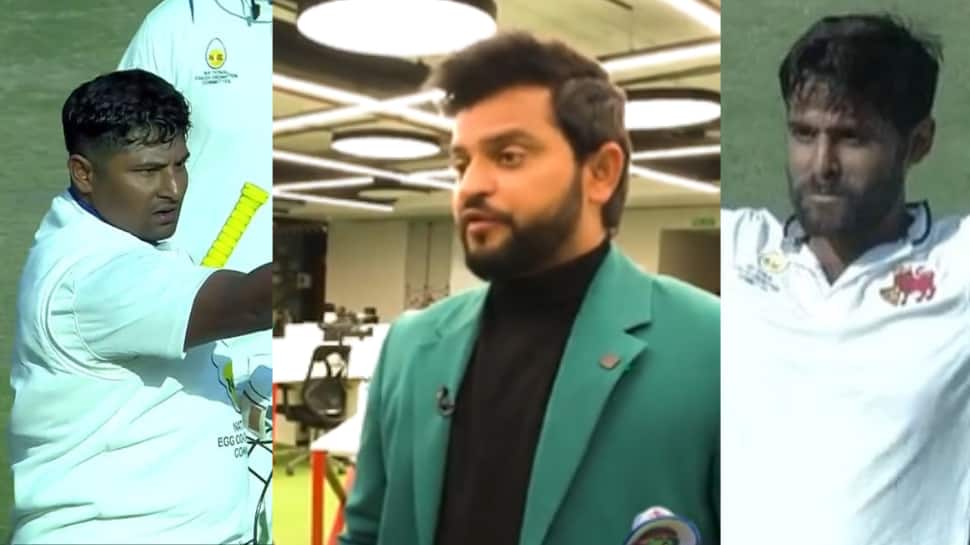 With Rishabh Pant out of the first two Tests vs Australia in the upcoming Border-Gavaskar Trophy 2022, Rahul Dravid, Rohit Sharma need to find an able replacement for the strong middle order batter. Pant has been replaced by Ishan Kishan in the side as KS Bharat was always supposed to be picked as the backup keeper. But Ishan playing in two Tests  is highly unlikely untill unless there is another injury concern. Bharat may play or in worst case, KL Rahul could keep wickets. The bigger worry will be to replace Pant, the Test batter. For years now, Pant has batted India out of trouble and taken the side to impossible wins.

Experts feel Suryakumar Yadav could replace Pant as a batter in the Indian middle order. India need an attacking player in the middle. Others feel differently. If Shreyas Iyer is ruled out of the Test squad, the chances are high for Mumbai’s Sarfaraz Khan to make the cut. Sarfaraz has been in tremendous form not in this season but for the past 3 seasons. He has made tons of runs but the national call-up seems to be still at some distance from him. Reports suggest that if Shreyas fails to make the cut in time, he will be replaced by Sarfaraz.

And we are here. Day-1 of #AakashVani on @JioCinema Big shout out to @ImRaina for making this special _ Heartfelt thanks to @pragyanojha @rpsingh @anantyagi_ @suhailchandhok for adding immense value. You can’t miss this @bishnoi0056 challenge. https://t.co/tjp9pyp3wq _ pic.twitter.com/ls7p0UmuPp— Aakash Chopra (@cricketaakash) January 25, 2023

In that case, it could become a batter between Surya and Sarfaraz for a place in the Indian Test XI for the first Test. The experts at JioCinema is divided over the same. Suresh raina feels Surya should get a go ahead and play the Tests vs Australia. In a conversation on JioCinema’s new daily show ‘AAKASHVANI’ hosted by Aakash Chopra, Raina said. “Absolutely, the way he is performing. I think he should play in all three formats and without him, all three formats should not even exist. The way he performed, the way he shows intent, the way he plans different shots, he also plays fearlessly and knows how to use the dimension of the ground. He is a Mumbai player, and he knows how to play red-ball cricket. I think he has a great chance – playing Test cricket will get him another establishment in ODIs and some stability as well. He will score multiple 100s and then 200s.”

Also Read | Why Suryakumar Yadav and no Sarfaraz Khan? Twitter ANGRY with BCCI selectors as Test squad for Australia is announced, check their stats here

But former Indian opener and Tamil Nadu player Abhinav Mukund disagreed with Raina, and said that if white-ball is the parameter for Test selections then why play Ranji Trophy? “Why? Because why keep the Ranji trophy? Why not reward domestic performances? Sarfaraz Khan has been in insane form, I would have rewarded him with a cap for the Australia series at least. Suryakumar Yadav is exceptional in the T20 format. They want the same sort of belligerence from him in the Test side. But unfortunately, I’m the guy that follows hierarchy and Sarfaraz should be there,” said Mukund.

At the same time, Pragyan Ojha agreed with Raina and said SKY should play vs Australia, adding that Sarfaraz’s time will soon come.