Suriya to do a cameo in Akshay Kumar’s Soorarai Pottru Hindi remake, shares pic from shoot; fans love this crossover 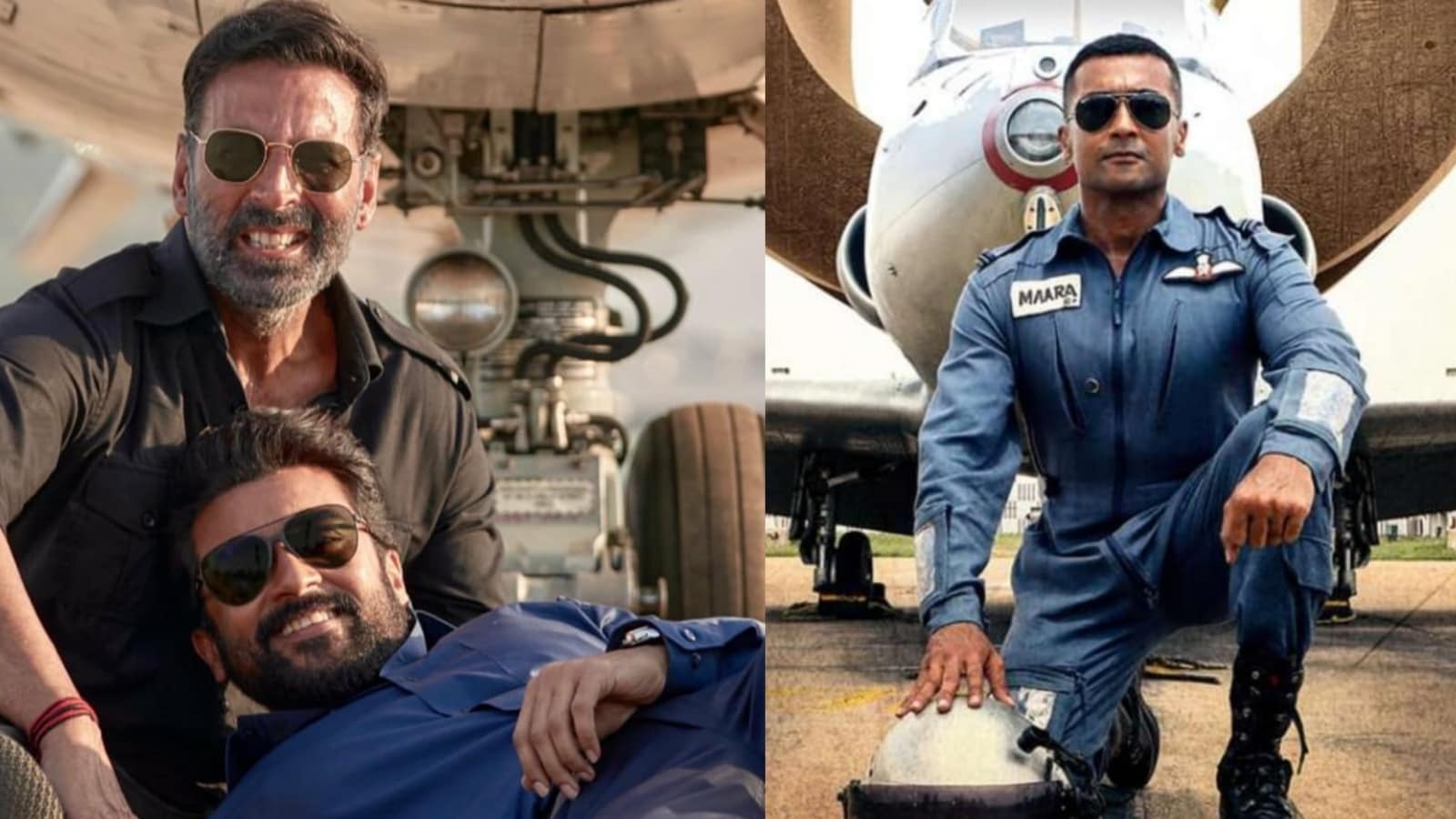 Suriya will appear in a cameo in the Akshay Kumar-starrer Hindi remake of his Tamil film Soorarai Pottru. The actor shot for the cameo recently and shared a pic from the shoot.

Actor Suriya’s 2020 hit Soorarai Pottru is being remade in Hindi with Akshay Kumar in lead. While Suriya is producing the film, there were rumours that the actor will have a cameo appearance in the film. On Wednesday, Suriya put all speculations to rest when he shared a picture with Akshay from the film’s sets and confirmed he was indeed doing a cameo in it. Also read: Pic of dishevelled Akshay Kumar from set surfaces online, fans call it first look from Soorarai Pottru Hindi remake

On Wednesday, Suriya took to Twitter to share a picture with Akshay from the sets of the film. In the photo, the two are seen sitting in front of an aircraft with Suriya resting his head on Akshay’s lap. He wrote, “@akshaykumar sir to see you as #VIR was nostalgic! @Sudha_Kongara can see our story beautifully coming alive again #Maara! Enjoyed every minute with team #SooraraiPottru Hindi in a brief cameo.” He also tagged the film’s co-producer Vikram Malhotra in the tweet.

Fans of the two actors responded with excitement. One wrote, “Best crossover ever.” Another tweeted, “Maybe we can Suriya in a full-length role in Hindi soon.”

Soorarai Pottru, which was released on Amazon Prime Video on November 12, 2020, was directed by Sudha Kongara. Partially inspired by the events of the life of Simplify Deccan founder GR Gopinath, the film starred Suriya as Maara, a former Air Force officer with a dream of starting a low-cost airline in India. The film was received well critically and praised by fans. It also starred Aparna Balamurali and Paresh Rawal, with Mohan Babu, Urvashi, and Karunas amongst others in supporting roles.

The Hindi remake shows Akshay stepping into Suriya’s shoes with Radhika Madan being cast as the female lead. Paresh Rawal will reprise his role from the Tamil original. Director Sudha Kongara is also returning to helm this film. The shooting began in April. No release date has been announced so far.

Last month, a picture of a ragged-looking Akshay on a film set appeared online. Many had claimed this was the actor’s look for Soorarai Pottru. However, it was never confirmed.