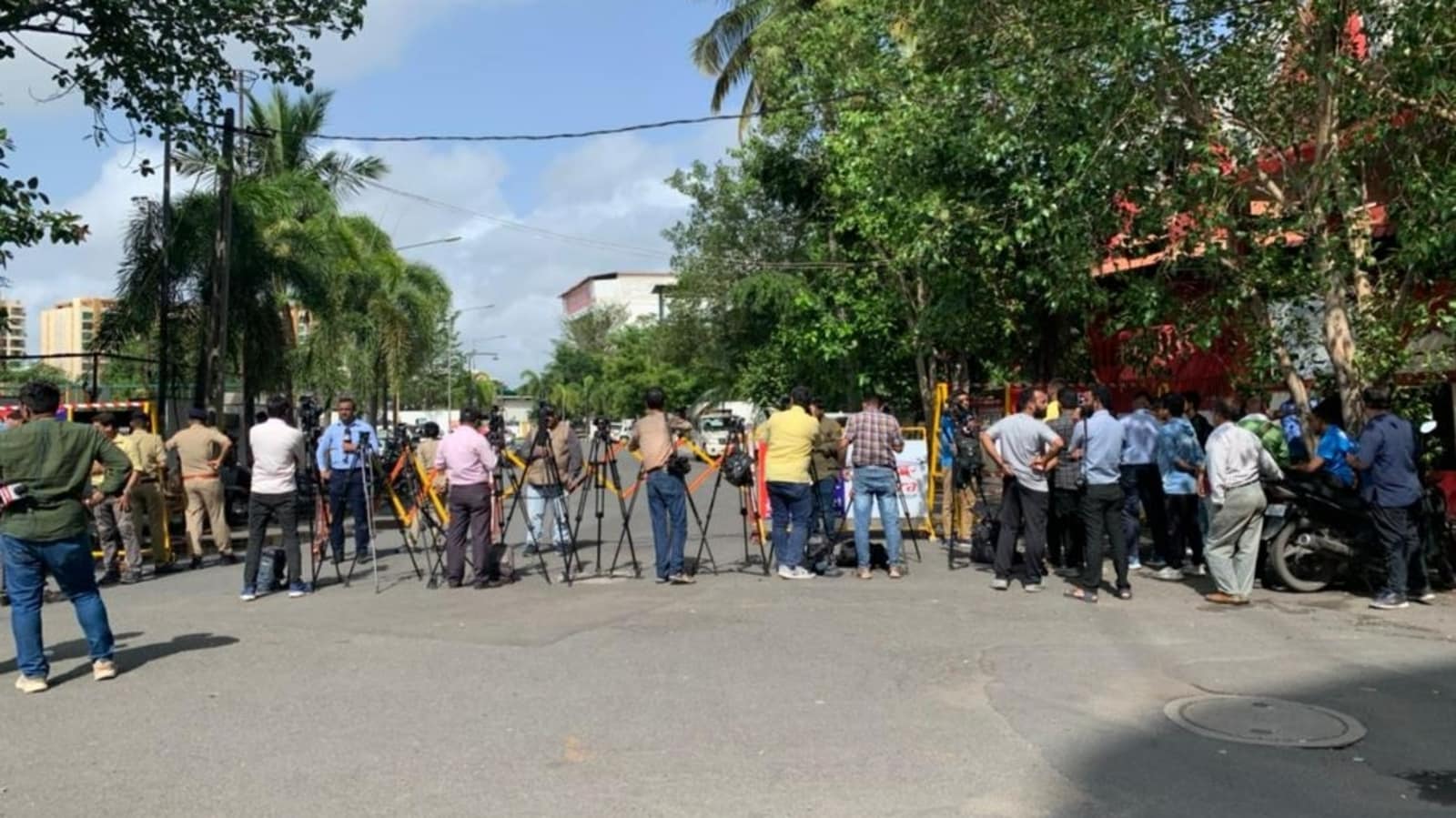 As Maharashtra’s ruling coalition battles for survival in Mumbai, some 280km away in Surat in BJP-ruled Gujarat, a luxury hotel has become the focus of all attention as it is currently hosting dissident Shiv Sena Minister Eknath Shinde and some rebel party MLAs, and the property has been turned into a virtual fortress with nearly 400 policemen guarding it since early Tuesday morning.

While guests who had arrived earlier are leaving one by one, sources revealed that the hotel, situated on Dumas Road of the diamond city, has stopped accepting new bookings for an indefinite period.

Meanwhile, BJP MLA from Jalgaon in North Maharashtra Sanjay Kute arrived at the hotel in his car in the afternoon and he was subsequently allowed to go inside to meet the Shiv Sena leaders camping there.

After the arrival of Shinde, a key Sena leader, and other Sena MLAs from Maharashtra on Monday night, 300 to 400 policemen took positions inside and outside the hotel premises and put barricades on both entry and exit points to prevent any “unauthorised” person from entering the property from the main road.

Apart from the outer campus of the hotel, policemen are also deployed inside the hotel, especially on the floor where these ‘rebel leaders’ are staying. Since morning, DCP-level officers were seen visiting the premises at regular intervals and giving necessary instructions to on-duty police personnel. While no outsider or visitor is permitted to enter the hotel premises, staffers are allowed inside only after checking their IDs and taking permission from authorities concerned.

A large group of journalists and camera persons are camping outside the hotel to gather news on the dramatic political developments connected to Maharashtra, where the Shiv Sena-led Maha Vikas Aghadi (MVA) ruling coalition is battling its worst crisis since coming to power in November 2019.

Maharashtra minister and some MLAs reached the hotel on late Monday night, hours after legislative council polls which saw the BJP winning a fifth seat despite not having enough numbers in the Assembly, possibly due to suspected cross-voting from the ruling bloc besides support from independent MLAs and those from smaller parties. After the council poll results, Shinde went incommunicado and later it came to light he is camping in the hotel along with some party MLAs.

The opposition BJP on Monday won all five seats it contested in the MaharashtraLegislative Council elections for 10 seats, while Congress candidate and Dalit leader Chandrakant Handore lost, in another setback for the MVA, comprising the Shiv Sena, NCP and Congress, after the Rajya Sabha polls earlier this month. Two candidates each of the Shiv Sena and NCP won, while the Congress managed to bag just one seat.

Ten Council seats were up for grabs and 11 candidates were in the fray for the elections, which came days after the Rajya Sabha polls, which saw the BJP handing an embarrassing defeat to the Shiv Sena-led ruling coalition by winning an additional seat despite lacking in numbers.