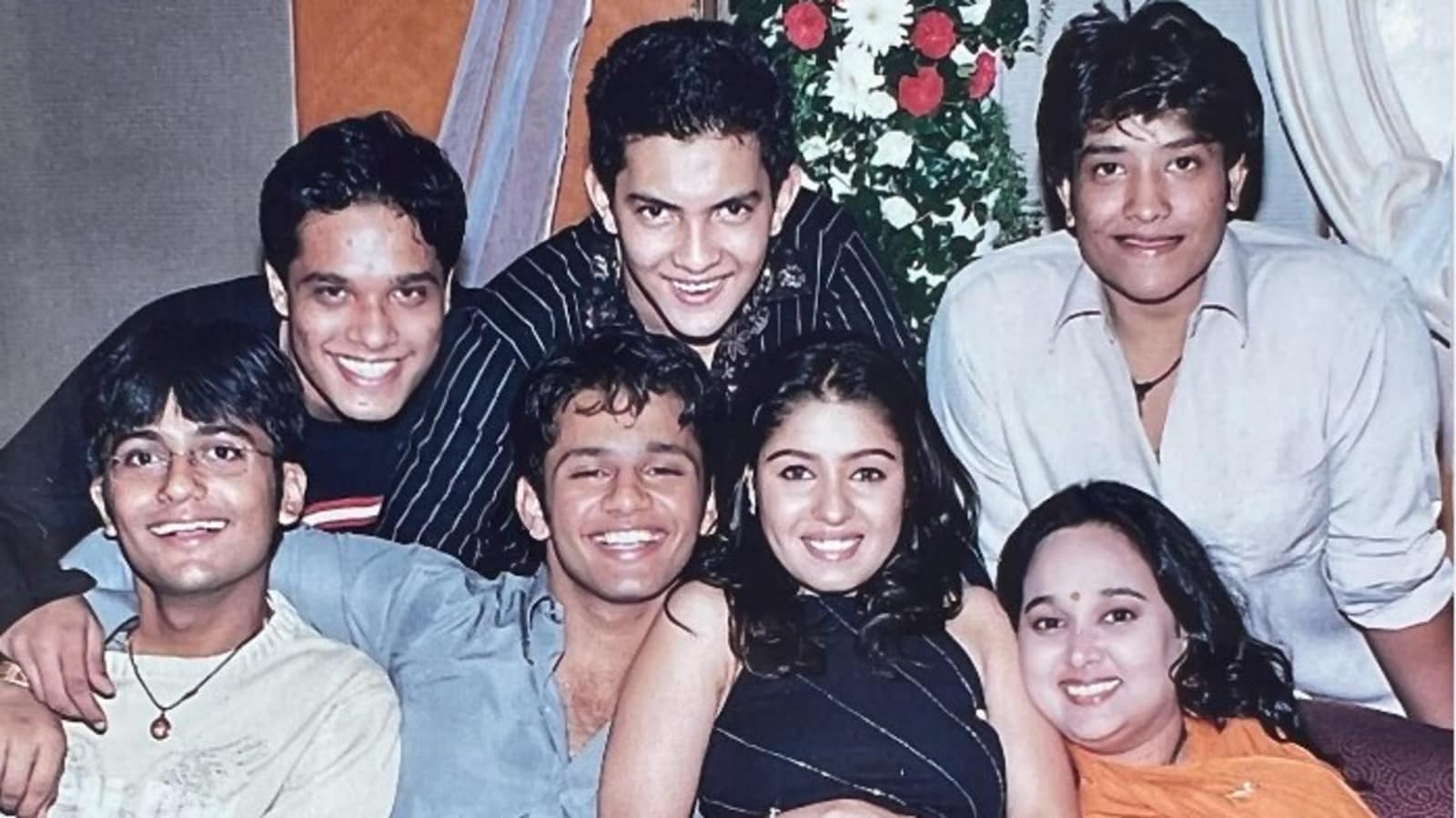 Sunidhi Chauhan recently shared pictures from her personal album, which made her fans nostalgic about the old days. Sunidhi was seen posing with musicians Aditya Narayan, Rahul Vaidya, and Divya Kumar in the throwback pictures, which were clicked on the occasion of her birthday. Also Read| Exclusive! Lata ji was a superwoman: Sunidhi Chauhan

Sunidhi tagged Aditya, Rahul, and Divya in the post she shared on her Instagram account on Sunday, and captioned it, “Guess what I found. #Throwback #2004 B’day!!” Sunidhi was wearing a black dress in the picture, and Aditya was also in a black striped shirt. Rahul Vaidya, who had appeared in the first season of Indian Idol that same year, was wearing a blue shirt and jeans. Divya Kumar was in a white shirt.

Fans of the singers thanked Sunidhi for sharing the picture. One complimented her, “You haven’t aged a bit Sunidhi,” while another commented, “Nostalgic.” One wrote, “Awwwww this is epic, miss those simple days,” while another said, “Such a fab pic! Priceless.”

Sunidhi, popular for singing hits like Mehboob Mere, Dhoom Machale, Beedi, Sheila Ki Jawani among several other songs, had made her career debut at the age of 13 when she sang Ladki Deewani Ladka Deewana in the 1996 film Shashtra, on which she had collaborated with Aditya and his father — singer Udit Narayan. During the year, she also won singing reality show titled Meri Awaz Suno. Sunidhi rose to fame after she sang Ruki Ruki Si Zindagi, a duet with Sonu Nigam, for the 1999 film Mast.