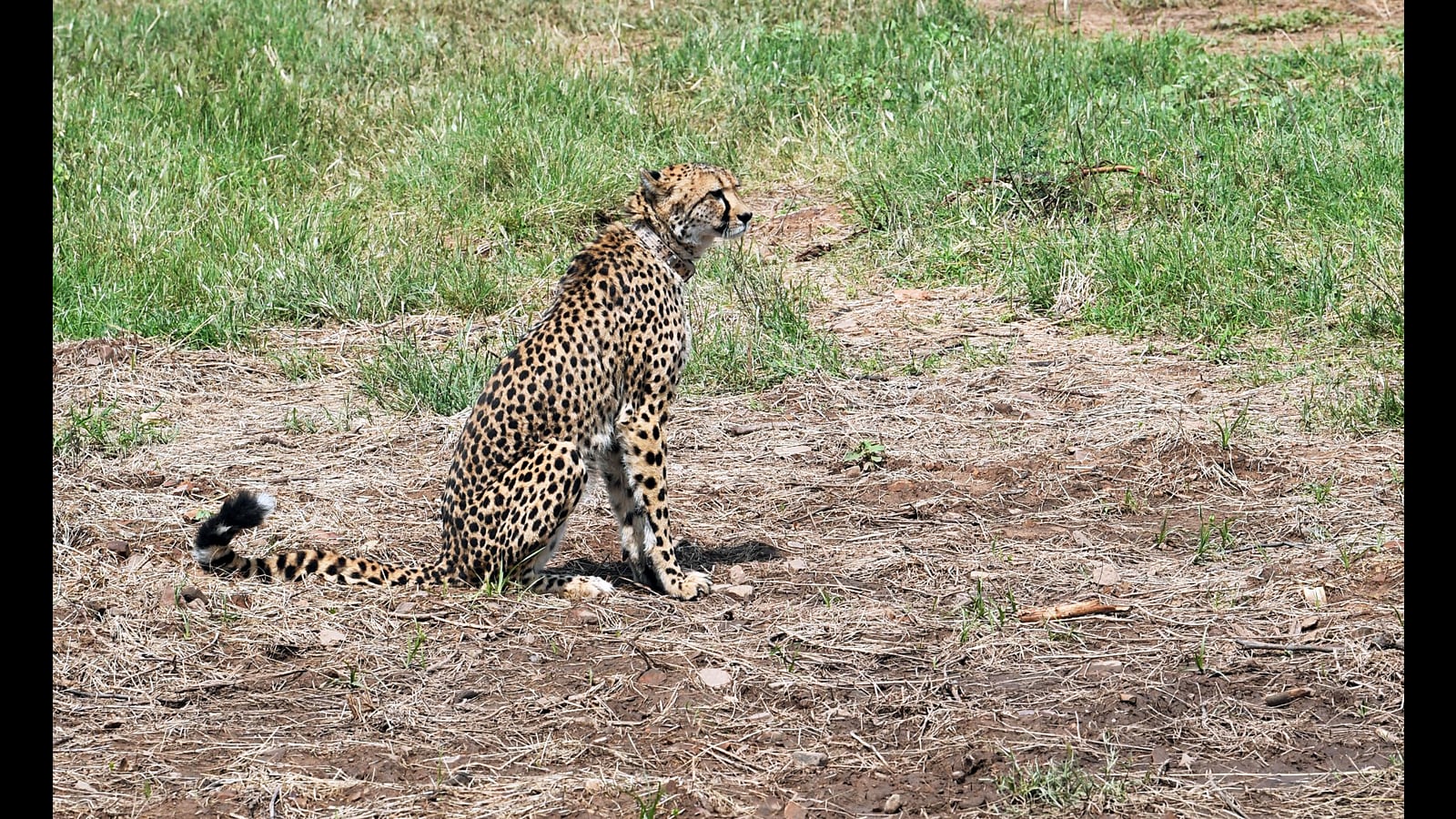 Bhopal: South African government has signed a Memorandum of Understanding (MoU) for translocation of 12 cheetahs to Madhya Pradesh’s Kuno National Park (KNP), officials said on Wednesday. The South African environment ministry signed the pact days after it was approved by President Cyril Ramaphosa.

Kuno had earlier received eight cheetahs — three male and five female — from Namibia on Prime Minister Narendra Modi’s birthday on September 17. The second tranche of cheetahs is expected to arrive in the country by February-March, taking the total number of big cats from Africa in the national park to 20.

The animal will return to a wild enclosure in India 69 years after the last recorded cheetah was hunted down in Chhattisgarh in 1952.

Confirming the development, an official of the South African environment ministry said: “We will share the details once the official statement is released.”

An Indian government official said a team of experts would visit South Africa next month to examine the health of the 12 cheetahs, who have been kept in quarantine facilities in two different locations — three in Phinda in KwaZulu-Natal province and nine in Rooiberg in Limpopo Province — since July 2022.

While experts in South Africa have expressed concerns about the ability of the 12 cheetahs to hunt on their own in the wild, an Indian official pointed out that cheetahs can adjust to new environments very fast.

“We would be conducting a detailed health check-up of the cheetahs before the translocation,” the Indian official said, adding that experts from South Africa would accompany the cheetahs at Kuno to monitor their health.

Kuno, which was home to Asian cheetahs over 100 years ago, is preparing for the translocation, an official of Madhya Pradesh forest department said. “They would be staying in a quarantine facility for a month before being shifted to a 10 sqkm radius enclosure,” the official added.

Of the eight cheetahs imported from Namibia in September last year, no one has been released in the wild so far. As of now, they are in the predator-free 6 sqkm enclosure and are likely to be released soon, a forest department official said.

Five-year-old female cheetah Shasha, who was among eight brought to the Kuno National Park (KNP) from Namibia on September 17, 2022, has fallen ill, an MP government official said. Shasha was found dehydrated in her 6 sqkm enclosure and showed signs of renal failure, the official added.

“A team of experts, veterinarians and doctors rushed to the Kuno National Park to treat her. She is being administered fluids under the guidance of cheetah experts from South Africa and Namibia. She had light food on Wednesday,” said JS Chauhan, MP’s principal chief conservator of forest, wildlife.

A wildlife expert, monitoring her health, said, “Her kidney is not doing well and her chances of living a healthy life in the wild is very bleak.”