Soorarai Pottru fame actress Aparna Balamurali gets uncomfortable after student touches her ‘inappropriately’, gets suspended for his act 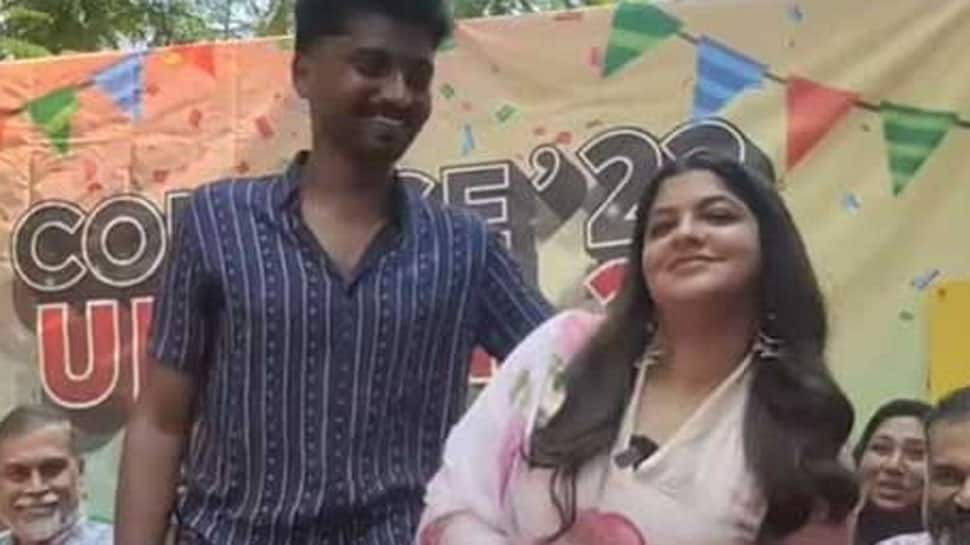 New Delhi: South actress Aparna Balamurali, who was seen in Suriya starrer Soorarai Pottru and bagged the National Award for Best Actress, playing her part impressively in the film, recently hogged limelight for a not-so-pleasant experience. She visited Government Law College, Ernakulam to promote her upcoming film Thangam along with her team and co-star Vineeth Srinivasan. However, a college student touched her, without consent and she looked visibly ‘uncomfortable’.

A video went viral showing how the Law student tried to touch her and pose for a picture while on stage. The actress moved away and looked unhappy. The student then apologised for his behaviour and even explained how he is her fan. He even folded his hands. Now, it has been reported that the Law student has been suspended for a week after the college authorities found his act inappropriate.

A college student misbehaved with actress Aparna Balamurali during the promotion function of Thangam movie. @Vineeth_Sree I’m surprised about your silence  What the hell #Thankam film crew doing there.

This is not the first time that a celebrity has been made ‘uncomfortable’ by a fan getting too close for comfort. Many angry netizens reacted to his behaviour by condemning the act.

Last year, two female south stars also faced a similar situation at a promotional event in a mall in Kochi.

Aparna made her acting debut in the Malayalam film Yathra Thudarunnu (2013) along with Lakshmi Gopalaswamy, directed by Jayan Sivapuram. She was last seen in Malayalam film Kappa, featuring Prithviraj.