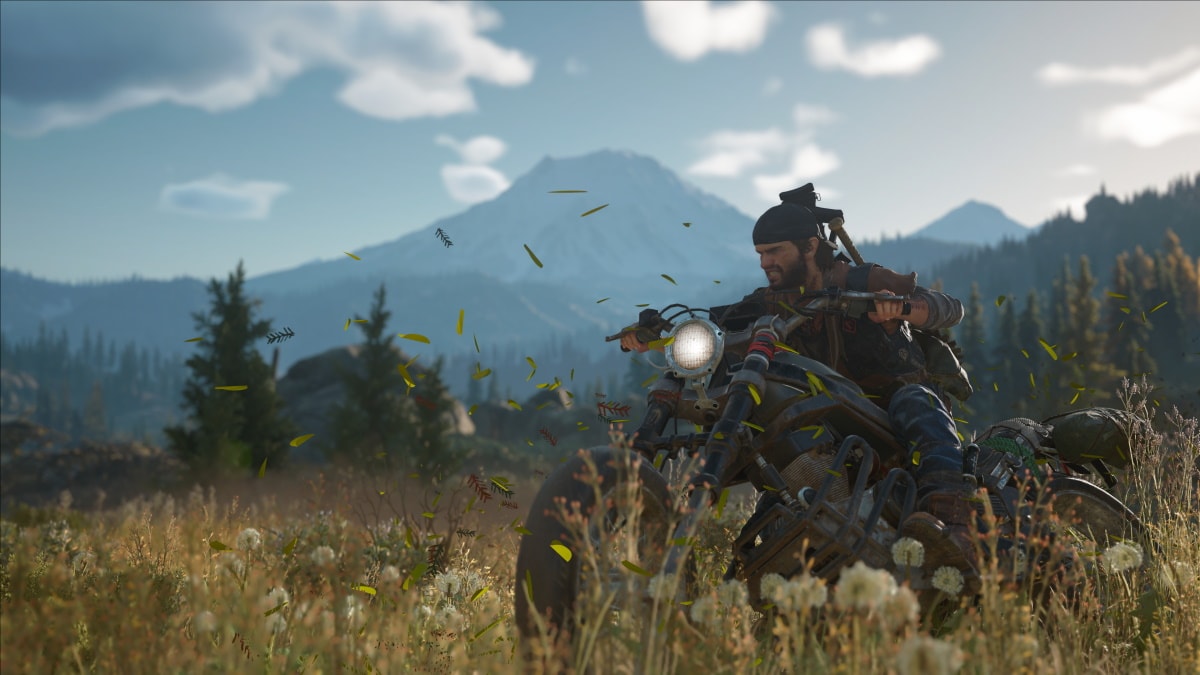 Days Gone is getting a live-action movie adaptation. As per Deadline, Sony Pictures’ PlayStation Productions unit is developing a film adaptation of the 2019 zombie survivor video game. Outlander’s Sam Heughan is reportedly set to star in the lead role of Deacon St. John. The Days Gone movie script will be written by Oscar-nominated Sheldon Turner, who envisions the film as a “love ballad to motorcycles.” The Days Gone film joins the list of PlayStation titles set for a screen adaptation, including The Last of Us, God of War, and Horizon Zero Dawn.

Developed by Bend Studio, the game follows Deacon, a bounty hunter and survivor in a deadly post-apocalyptic United States, who was subject to a massive zombie virus outbreak. As a drifter, he rides the broken road on his trusty motorcycle, and fights hordes of the infected while searching for a reason to live in the aftermath of the pandemic. Days Gone has sold 9 million units to date, after launching on the PS4 in 2019. This would be the second film adaptation of a PlayStation game since Sony announced a cinematic universe earlier this year.

It’s interesting that Sony is developing a Days Gone movie, considering the company was unhappy with the success of the game, and refused to greenlit a sequel. At launch, it was also one of PlayStation’s least well-received first-party titles. After Days Gone was ported to PC in 2021, it saw newfound success. In competition, we have a live-action HBO show of The Last of Us and a Netflix series based on Horizon Zero Dawn — both critically-acclaimed and adored by fans worldwide.

Days Gone is the newest video game movie set to make its Hollywood debut, coming off the heels of Uncharted earlier this year, starring Tom Holland (Spider-Man: No Way Home) and Mark Wahlberg. The film grossed $401.7 million (about Rs. 3,207 crore) at the global box office despite negative reception from critics. Ghost of Tsushima would be another PlayStation title to be turned into a silver screen adaptation, with Chad Stahelski attached to direct. Stahelski is known for directing the John Wick movies.

For now, the remaining confirmed adaptations are all TV shows, starting with God of War, which is reportedly in early talks with Amazon Prime Video. Then we have the aforementioned HBO adaptation of The Last of Us, starring Pedro Pascal and Bella Ramsey — both previously starred in Game of Thrones. On Monday, HBO released the first official teaser for the show, featuring the characters Joel and Ellie discussing the gruelling matter of loss.

Currently, there is no set release window for the Days Gone movie.