‘Some stakeholders’ had focussed on their projects rather than committing to national team: Igor Stimac 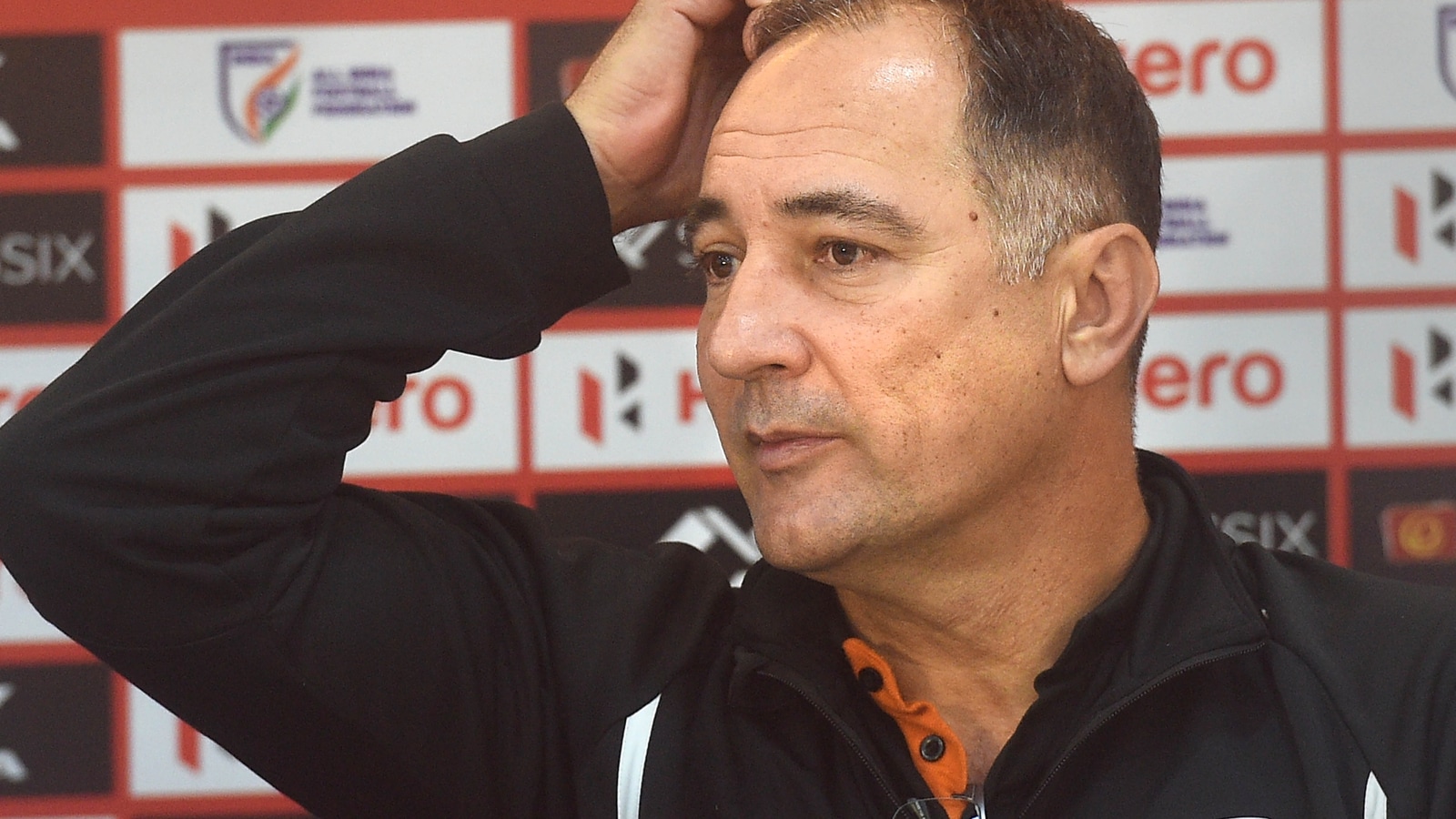 Indian football team head coach Igor Stimac on Saturday made a veiled attack on some powerful entities associated with the game in the country, saying “some stakeholders” had focussed on their projects rather than committing to help the national side rise in profile.

This was not the first time Stimac has talked about things beyond the field of play and relating to football administration. On Wednesday, a day after he guided India to the 2023 AFC Asian Cup by topping Group D in Kolkata, he had lashed out at the messy state of affairs grappling the national federation.

The AIFF is currently run by the Supreme Court-appointed Committee of Administrators (CoA) after the Praful Patel-led dispensation was shown the door for violating the National Sports Code.

“When I was appointed as coach (in May 2019), I was quite sure that India will have future as a football nation but I knew it will be a difficult path,” Stimac said at a virtual media interaction.

“I was expecting everyone to commit to help the national team rise. Some of the parties instead concentrated on their projects. That was surprising,” the Croatian, whose current contract ends in September, said without taking any names.

Stimac has repeatedly put premium in the availability of players for national duty during international matches and he had shown his displeasure several times earlier on non release of players by the clubs. He had credited the impressive show of the team in the Asian Cup qualifiers to availability of the players for a long camp prior to the tournament.

“Only the national team’s performance can take Indian football higher, not ISL.”

He said many things for the betterment of Indian football took a longer time to see the light of the day.

“The football season is to be longer, more games need to be played, the calendar should be sorted out. At least there should be 10 months of football, 50 games for each player.

“But many things should have happened earlier. Had expected more from the government. Not allowing PIO was a handicap, all the countries allowed it.

“I thought I would be given all the tools (to take the national team forward) but not to be.”

He said if the AIFF elections are not held soon, there could be problems for the national team in terms of planning for the year ahead which needs to be done sooner than later.

“Praful Patel was the AIFF president when I was employed. I want to thank him for trusting me. He has his own reasons why elections were not held.

“If these elections are not held soon, there can be problems in organising in what is needed for the national team. We are at the moment not preparing for upcoming matches.”

Stimac’s contract ends in September but he is hoping to continue at the helm for another stint as he says his job was just half done.

Asked about the possibility of renewing his contract, he said, “According to the agreement, if we fulfil our goals, which we did (by qualifying for the Asian Cup).

“One council member perhaps said since my contract is till September, there is time left. But he should know how football calendar works.

“I am committed to AIFF. I love India and want to take these youngsters to Asian Cup (in 2023) and show to the world that India can do batter,” he said.

“Even half of my job is not done, so I don’t want to leave now. If the other side is going to be reasonable, I think it (renewal of contract) might happen soon say June or July so that things can start early for the national team.”

Stimac described talismanic captain Sunil Chhetri, who equalled legendary Hungarian Ferenc Puskas’ goal scoring feat, as his assistant who is guiding the youngsters in the team.

“I consider Sunil as more of my assistant, my right hand man on the pitch. He will be 38 soon, but he is challenging himself, he wants to run with Udanta, he wants to push Suresh to his best. He wants to nurture youngsters.”

Talking about Indian Super League, Stimac said, “ISL should not be less than 18 clubs, there should be relegation and promotion, we have to do it quick.

“We have seen what is going on. We are late by 8-10 years in grassroots development, baby league etc than Iran or Saudi Arabia. We need coaches to teach Indian coaches. It will not happen on its own.”