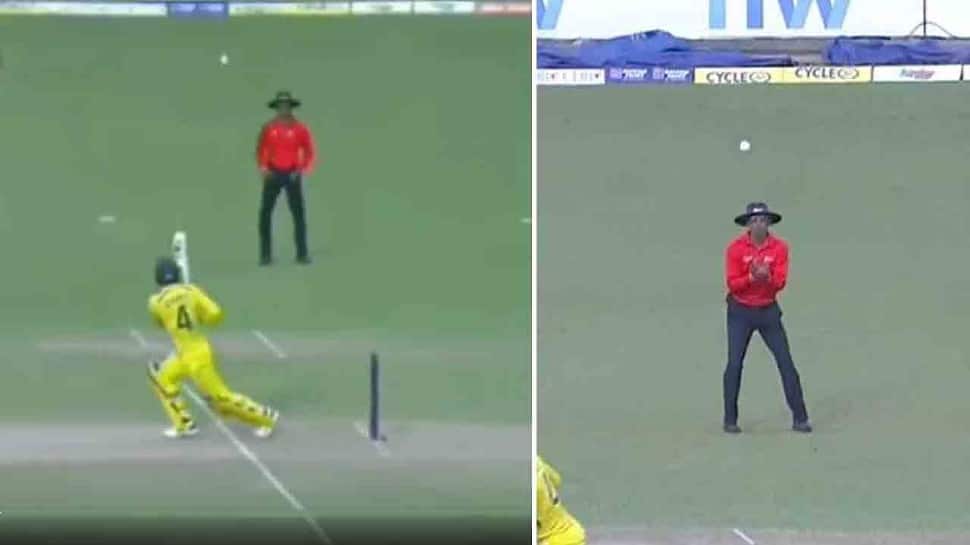 Pathum Nissanka scored a maiden ODI century as he paved the way for Sri Lanka’s superb six-wicket win over Australia in the third game to go 2-1 up in the five-match series at the R. Premadasa Stadium. A target of 291 looked daunting but the opener smashed a 147-ball 137 to make the chase look easy as Sri Lanka recorded the highest ODI run-chase against Australia on Sunday night.

Meanwhile, the match witnessed an interesting incident as on-field umpire Kumar Dharmasena, standing at square leg, acted like he was going to catch the ball after an Australian batter lofted it towards the position.

Interestingly, Cricket Australia tweeted a picture of Dharmasena, that shows him almost completing a catch as the ball came in his direction. The caption of the pic read, “Catch! Umpire Kumar Dharmasena looks like he wants to get into the action…Thankfully he didn’t #SLvAUS”

Catch! Umpire Kumar Dharmasena looks like he wants to get into the action…

Notably, the video of the incident has gone viral on the internet. Watch it here:

Talking about the match, set a tricky 292 to win after a Travis Head 70, Sri Lanka won comfortably with nine balls to spare in Colombo, in their second straight victory in the five-match series.

Mendis retired hurt unbeaten on 87 and was replaced by Dhananjaya de Silva who made 25, but Nissanka clung on until almost the end, caught off Richardson for 137 off 147 balls.

Richardson then bowled captain Dasun Shanaka for a duck, but Charith Asalanka — with an ice-cold six in the penultimate over off Hazlewood — and Chamika Karunaratne saw Sri Lanka home.

Earlier Australia braved a spin onslaught by Sri Lanka to reach 291-6 in their 50 overs after being invited to bat first.