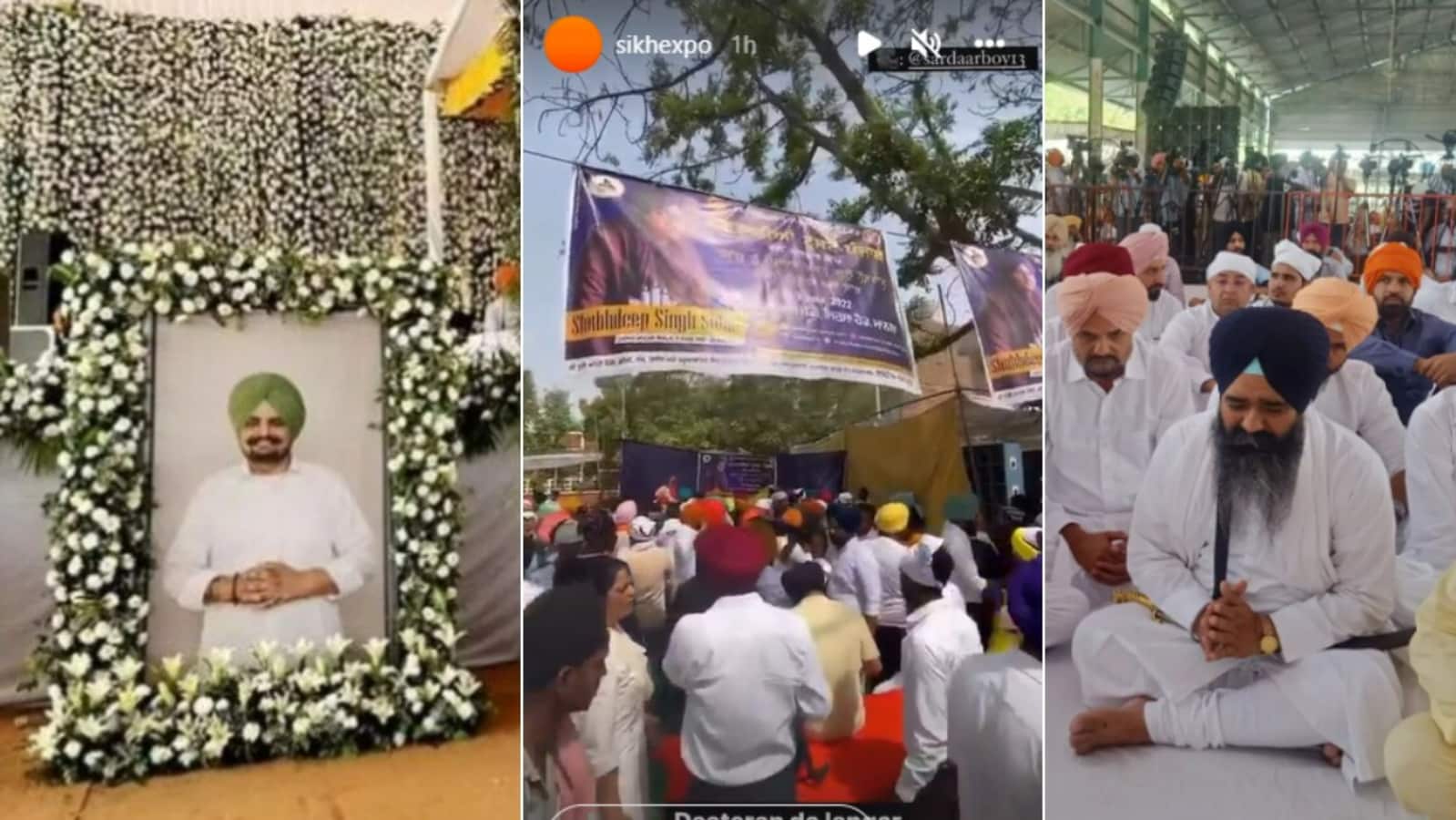 Singer Sidhu Moose Wala’s family organised an Antim Ardas ceremony on Wednesday. Thousands of people were spotted outside the venue.

Singer Sidhu Moose Wala was shot dead on May 29, 2022. On Wednesday, his family members organised an Antim Ardas ceremony (the last prayer) for him. The ceremony of antim ardas is to pay tribute after the cremation. Sidhu’s body was brought to his home in Moosa village amid tight security on May 31, from a civil hospital in  and a funeral ceremony took place on that day. Also Read: Post Sidhu Moose Wala’s death, Ammy Virk postpones Sher Bagga release: ‘We are not in state of mind’

Sidhu’s Antim Ardas took place at Baharli Anaj Mandi in Mansa. A few pictures from the ceremony were shared online. In the pictures, Sidhu’s photos in flower-loaded frames are seen.

Sidhu was shot dead by unidentified assailants in Jawaharke village of Punjab’s Mansa district on May 29. The incident took place a day after his security was withdrawn by the Punjab police among 424 others. Earlier, Congress leader Rahul Gandhi, former Deputy Chief Minister of Rajasthan Sachin Pilot visited Sidhu’s house and met the singer’s family to express grief.

Notably, Sidhu’s body had 19 bullet injuries and he died within 15 minutes of being shot, according to the post-mortem report, which also stated that the cause of his death was “haemorrhage shock” due to antemortem firearm injuries.

The Punjab Police on Tuesday said that they have arrested eight people so far in connection with the murder. They have been held on the charges of providing logistic support, conducting recce and harbouring the shooters of the singer, said police. Police also said they have identified four shooters who were involved in the crime. Those arrested have been identified as Sandeep Singh, alias Kekda, of Sirsa, Haryana; Manpreet Singh, alias Manna, of Talwandi Sabo, Bathinda; and Manpreet Bhau of Dhaipai, Faridkot.