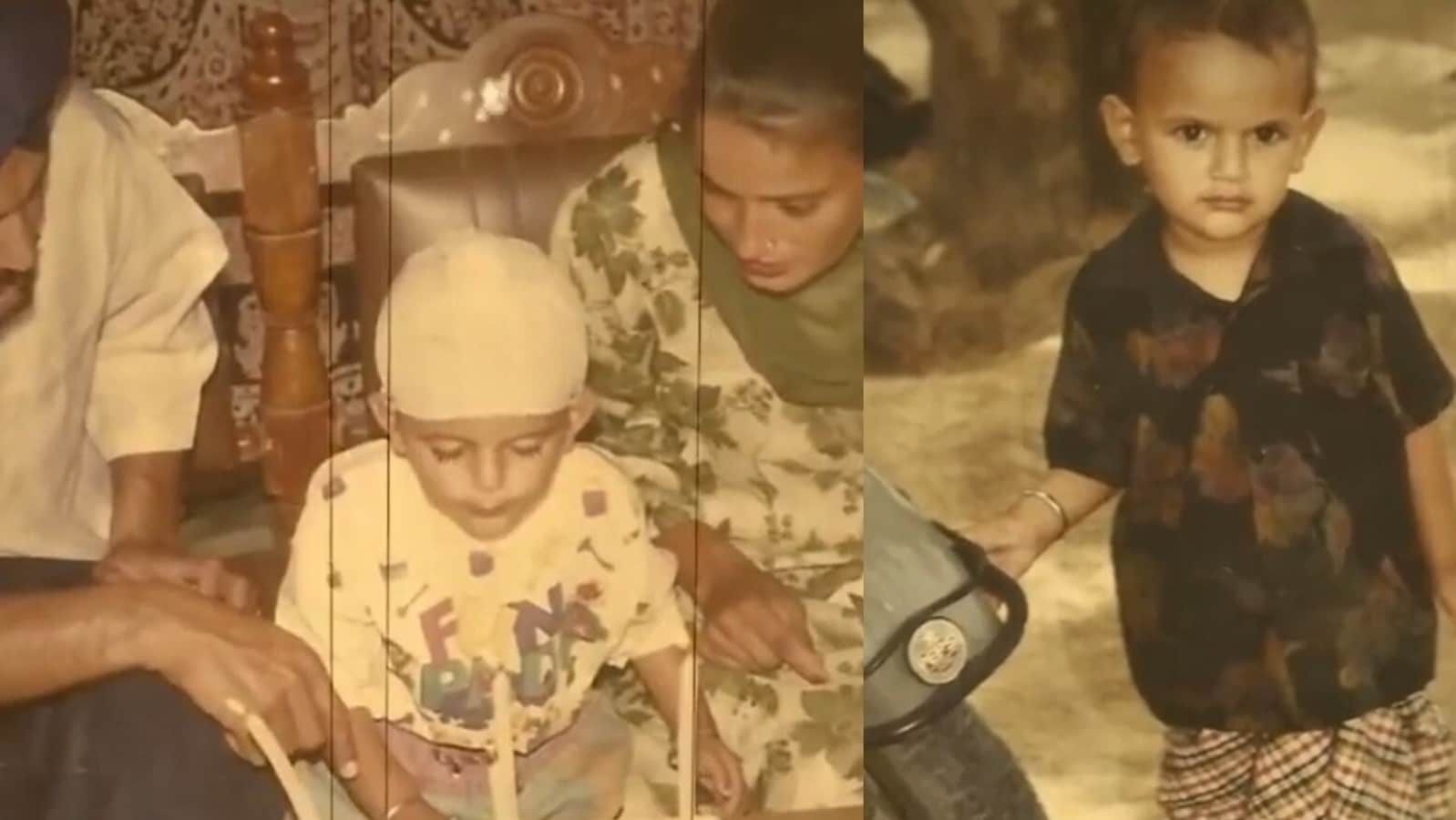 The video begins with an emotional moment shared between late Sidhu and his mother. It offers a timeline of his childhood days through several rare pictures. While one picture captures Sidhu and his parents during a birthday celebration, another one features him in a school uniform as he posed in front of a house.

Reacting to the memories of Sidhu, fans areshowering love upon him and his family in the comment section. A user wrote, “Happy birthday legend.” “Legends never die,” added another user. “Please support his family for justice,” commented someone else.

Earlier in the day, singer Gippy Garewal had shared throwback pictures with Sidhu. He urged artists to visit Sidhu’s parents and said, “Sidhu dreamed that the Punjabi industry should be at No 1. He said that our competition is not with each other but with international artists. But now everyone in the Punjabi industry is blaming each other.” He further added that everyone should stay united and appreciate each other instead of finding faults in one another while grieving the loss of the singer.

Sidhu was shot dead by unidentified assailants in Punjab’s Mansa district on May 29. Sidhu’s body had 19 bullet injuries and he died within 15 minutes of being shot, according to the post-mortem report. According to reports, the cause of his death was “haemorrhage shock” due to antemortem firearm injuries.

The incident took place a day after the Punjab government lifted the security cover of 424 people, including Sidhu Moose Wala. He was cremated at his native village in Mansa, in the presence of his family members and fans. His family organised an Antim Ardas ceremony (the last prayer) for the late singer on May 8.