Sidhu May Get Early Release from Prison on Jan 26, But Will He Play New Innings with Punjab Congress? 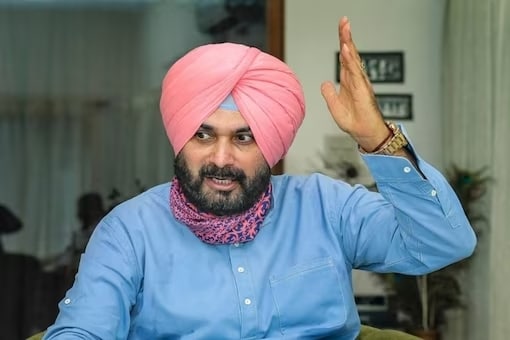 In May last year, the Supreme Court sent Sidhu to one year’s rigorous imprisonment in a 1988 road rage case. But he is expected to come out about four months before the sentence is to be completed. (File pic: ANI)

Amid indications of early release from prison, a huge buzz is being witnessed in Punjab Congress over what role former state unit chief Navjot Singh Sidhu would play in the local section, which continues to grapple with dissensions almost a year after it was decimated in the assembly polls.

Behind bars in a three-decade-old road rage case, the former cricketer-turned-politician is likely to be released from Patiala jail on January 26, as his name is on the list of prisoners for that day. In May last year, the Supreme Court sent Sidhu to one year’s rigorous imprisonment in the 1988 road rage case. But he is expected to come out about four months before the sentence is to be completed.

Even before his expected release, the Patiala jail, where he is incarcerated, had witnessed a large number of senior party leaders visiting him. Among those who visited Sidhu included Partap Singh Bajwa, Shamsher Dullo, Lal Singh, and Sukhpal Khaira. Interestingly, former finance minister Manpreet Badal who a few days ago quit Congress to join the BJP had also visited him in prison. All the leaders had termed the meeting as a courtesy, but coming ahead of his release, it had fuelled reports that a section of the leadership was pitching for a major role for the former Pradesh Congress Committee (PCC) chief in the party affairs.

Importantly, during the Bharat Jodo Yatra, Navjot Singh Sidhu’s wife Navjot Kaur had not only met party president Malikarjun Kharge but had also taken part in the walk alongside Rahul Gandhi.

“There are all indications that a section of the leadership wants Sidhu to be seen as handling an important assignment in the party, after his release. And the fact that the prison has become a centre of hectic political activity, indicates that Sidhu was still seen as a crucial player in the party affairs despite assembly poll loss,” commented a senior leader.

His release and possible entry into party affairs could well be seen with suspicion by those close to state Congress chief Amarinder Singh Warring. The two reportedly don’t have the best of relationships and Sidhu being given an important assignment could well spark off more dissensions. “It remains to be seen as to what role he is offered. But if he is placed somewhere at the top we could see another round of internecine power struggle in the party,” commented a senior leader.