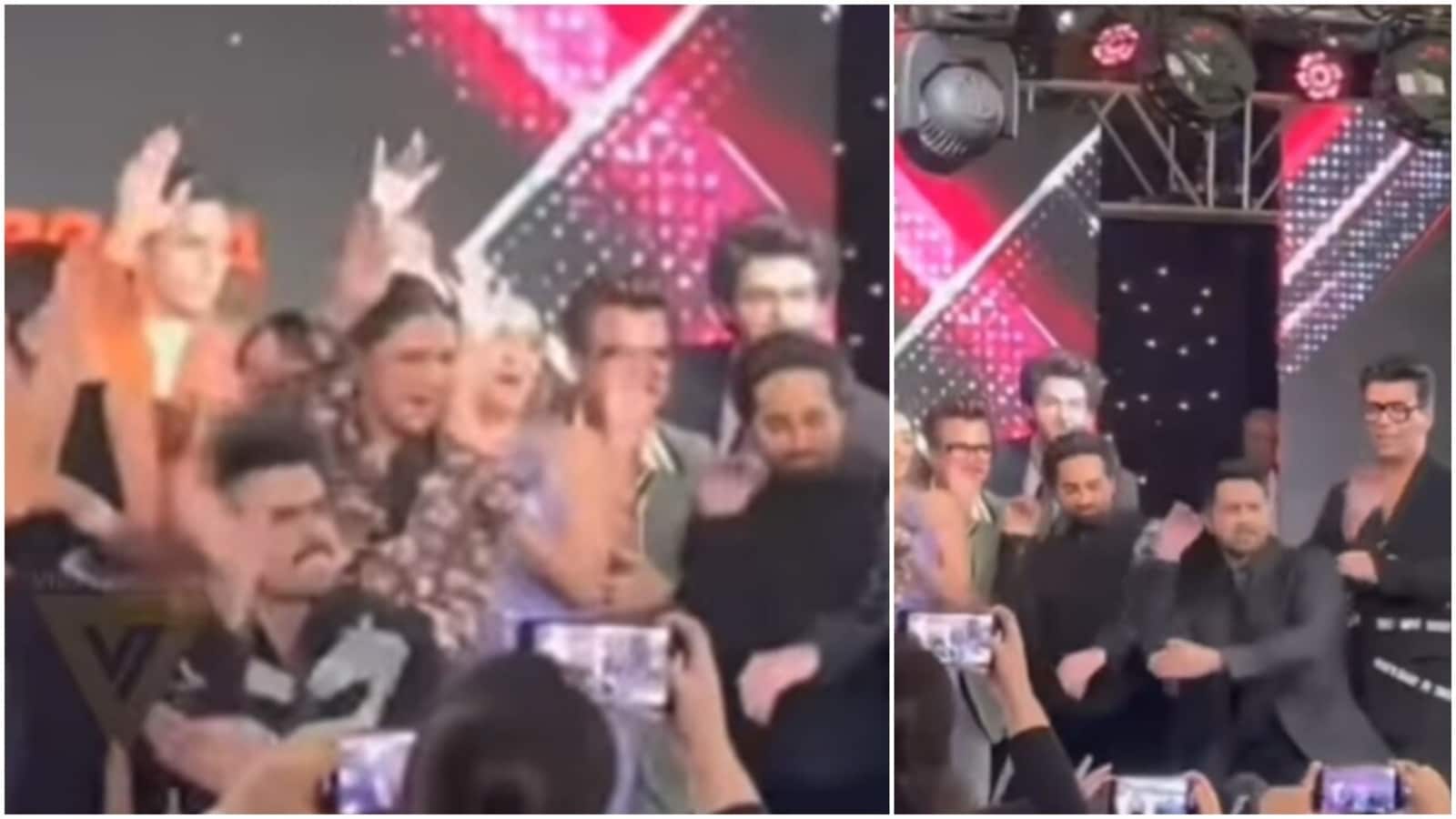 Rumoured couple Sidharth Malhotra and Kiara Advani attended the Pinkvilla Style Icons Awards in Mumbai on Thursday. The two posed separately for photographers on the red carpet, but later Sidharth joined Kiara and others onstage to shake a leg to a song from her upcoming film, JugJugg Jeeyo. Many others like Karan Johar, Ayushmann Khurrana, Kriti Sanon and JugJugg Jeeyo actors Anil Kapoor, Varun Dhawan and Maniesh Paul also joined them to do The Punjaabban Song hook step. Also read: Kartik Aaryan, Sara Ali Khan pose together for paparazzi at event, fans call it ‘awkward moment’. See pics

Kiara walked the red carpet in a shimmery purple gown, while Sidharth was in an orange suit. A video from the event shows JugJugg Jeeyo actors Kiara, Anil, Maniesh and Varun standing onstage with The Punjaabban Song playing in the background. Sidharth, Sara Ali Khan, Janhvi Kapoor, Kriti Sanon, Ayushmann Khurrana and Kartik Aaryan are also standing behind them. As they all gear up to dance to the song, Karan Johar also walks up to them for all of them to do the popular hook step together. Kartik Aaryan was also seen standing with them.

As the video of the moment was shared online, viewers noticed how all of them danced to the song, but not Kartik. A viewer asked, “Did they all help promote Kartik’s recent movie?” Another said, “I’m so glad to see Kartik standing his ground.” A fan pointed out how Kartik was joined by Karan Johar on stage, “For me it’s just Karthik standing where he is and not caring of who arrives or not! !!!” One more said, “And Karthik didn’t even dance to the the song.”