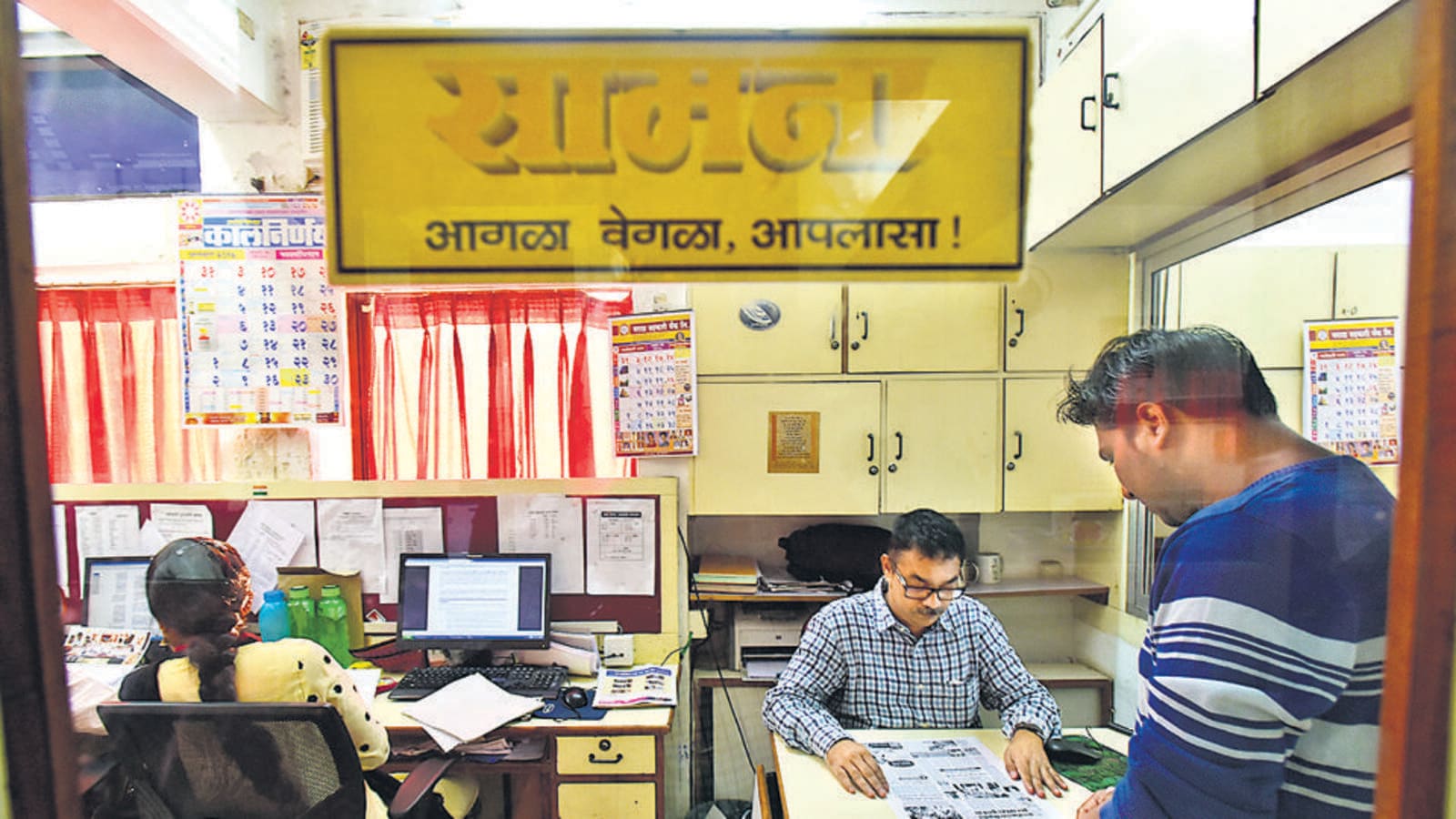 Mumbai: At the Prabhadevi office of the Shiv Sena mouthpiece, the bustle that usually marks a newsroom is missing. Saamana’s shouty pages, too, are rather muted. “Dainik Navhe Sainik” (the paper is not a daily but in itself a sainik) is the credo that has long guided its news and views pages. But what happens when the Shiv Sainiks themselves are muted and confused?

Unlike in the past, when the paper went all out to tar previous defectors such as Chhagan Bhujbal and Narayan Rane — few can forget the outrageous cartoons that Raj Thackeray drew for the paper — in the ongoing crisis the newspaper has refrained from attacking Eknath Shinde head-on. In its editorial on Thursday, for instance, the paper had a placatory stance towards the rebels asking them to return to the party fold rather than mounting an attack on them.

Shinde, say staffers not wanting to be quoted, has not yet burnt his bridges with the party, and Uddhav Thackeray has repeatedly requested MLAs to return from Guwahati where they are holed up in a hotel. As the mouthpiece of the Shiv Sena, the newspaper reflects this ambivalence and wariness of the party towards the dissidents.

The paper’s editor and Member of Parliament, Sanjay Raut, cuts a far more aggressive figure on TV channels than he does in the newsroom these days. Though Rashmi Thackeray’s name now goes as editor in the printline after Uddhav Thackeray became chief minister, it’s Sanjay Raut who runs the show at the paper which enjoys a close to 200,000 print run and is a must read for die-hard Sainiks.

Old-timers at the paper recall that when Chhagan Bhujbal, a front-ranking leader of the Shiv Sena, suddenly quit the party in 1991, Raj’s cartoons deriding Bhujbal as a turncoat were displayed on notice boards outside Shiv Sena shakhas in Mumbai and Thane. Similarly, other party rebels like Ganesh Naik and Narayan Rane were also at the receiving end of Saamana’s aggression. After his rebellion against the party leadership, Rane, a veteran streetfighter, who is now with the Bharatiya Janata Party (BJP) and a Union minister, had held a rally outside the Saamana office when both Uddhav and Raj were inside the newsroom to protest the daily jibes being directed at him by the paper.

For political reporters in Mumbai, the paper’s editorials signal the official position of the party on a range of issues.

However, the whole Shinde episode and the large-scale rebellion has exposed the deep fault lines in the party. While warning the rebels that the Shiv Sainiks could divest them of their positions if they wanted to, Thursday’s editorial desisted from attacking Shinde or his any of the MLAs with him, personally.

“There is no reason for us to take an aggressive position against Shinde as of now. The party is negotiating with him and the dialogue is underway. As long as these attempts at détente are on, we are ensuring that any position taken by us does not lead to burning bridges with the rebel camp,” said a senior editorial staffer. He added that some statements made by senior Shiv Sena leaders against the rebels were being toned down when they were carried in the newspaper or else, “it would be construed as an official position of the party.” “Saamana does not have an independent position of its own. It reflects the official position of the party. Now things are in a state of flux and hence we too are refraining from taking a strong position on Shinde,” said the journalist. Raut, who writes his editorials by hand every day, sometimes as early as 9am, was not available on Thursday for his comment on the newspaper. He was elsewhere, trying to salvage the government. It will be interesting to note what Friday’s newspaper brings.