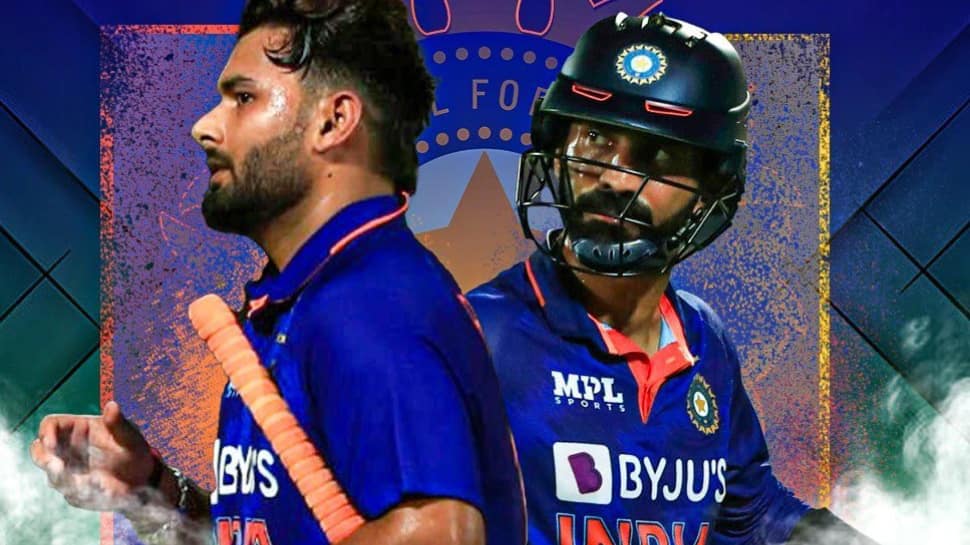 Indian wicketkeeper and batter Rishabh Pant has been struggling for runs. He had a poor outing in the recently concluded T20 series. He scored a total of 58 runs in five T20s vs South Africa at a dismal strike rate of 105.5. Not to forget, he had a average IPL 2022 as well where he failed to provide the impetus to Delhi Capitals innings in the middle overs. Clearly, the captaincy burden was taking its toll on his batting. Because of his failure with the bat, many opinions are coming out. Most of them are to do with his selection in the squad for the T20 World Cup 2022. The mega event in Australia is still months away but the chatter over how the India squad will look has begun already.

We look at opinion on some of the experts on Rishabh Pant’s selection in India squad for T20 World Cup below.

Former India batter Wasim Jaffer believes even if Pant makes it to India squad for the World Cup he will have a tough time breaking into the playing XI if Dinesh Karthik is there in the good form that he is in. He said that because Rohit Sharma, Virat Kohli, Suryakumar Yadav and Hardik Pandya will certainly make it to the squad, Pant’s place is not guaranteed knowing DK is already there.

However, Team India head coach Rahul Dravid, the man who matters, has backed Pant to remain an integral part of the batting lineup despite his failure with the bat in the recent past. Dravid said that Pant should not be judged with his failures in the 2-3 games. Backing his stand-in captain for the SA series, Dravid said that Pant had to play little more attacking cricket in the middle overs. He also feels that Pant did not have as bad a IPL as many people are making it out to be. The India coach said that Pant is certainly going to be part of the plans in Team India going ahead.