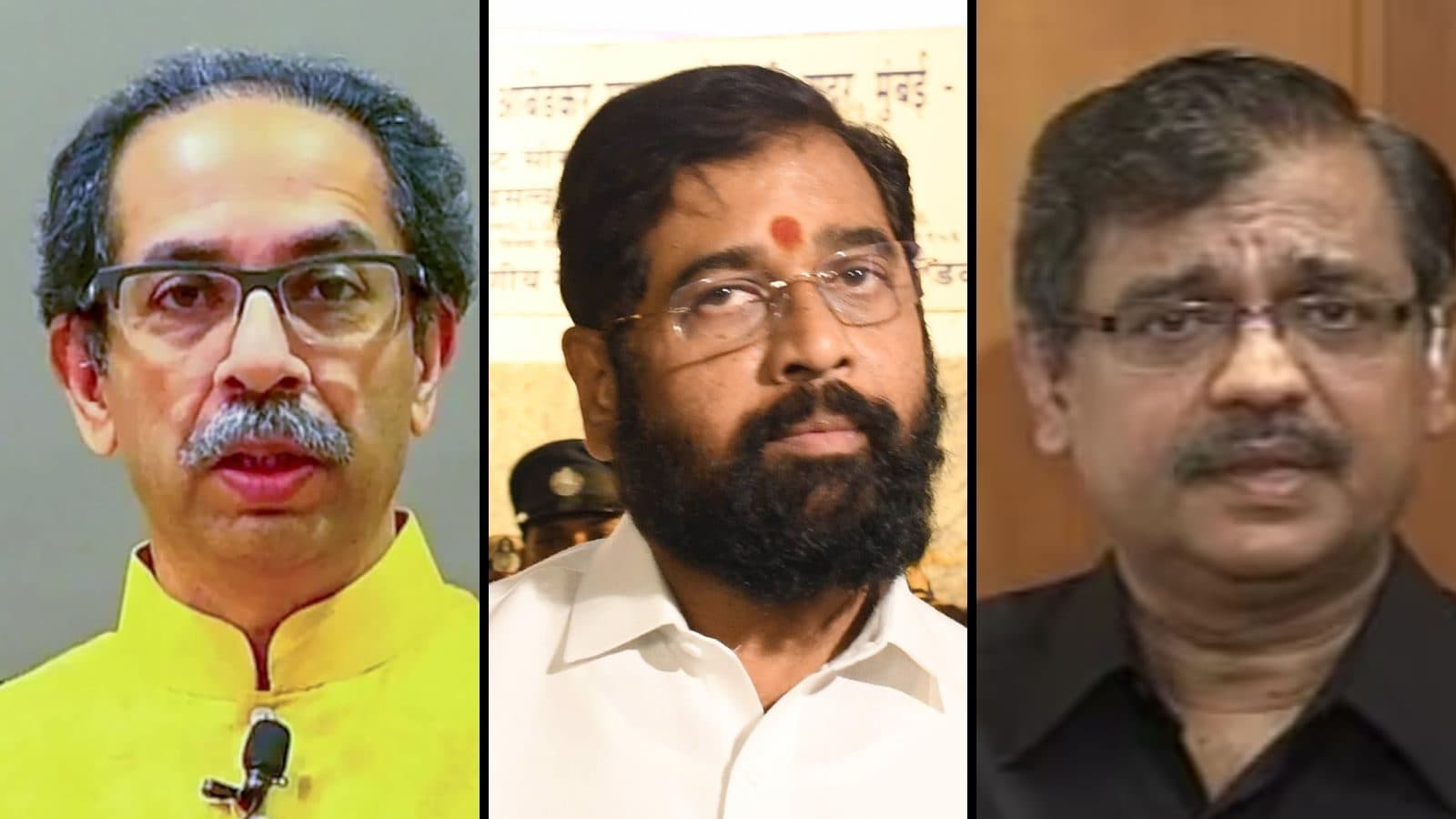 In June 2022, Eknath Shinde, along with 39 other MLAs, led a rebellion, vertically splitting the Shiv Sena. The then-Uddhav Thackeray-led Maha Vikas Aghadi (MVA) government fell. Camped in Guwahati for days, the Shinde faction — now called Balasahebanchi Shiv Sena (BSS) — claimed it was the ‘real’ Shiv Sena due to its numerical strength. The Thackeray camp — Shiv Sena (Uddhav Balasaheb Thackeray) — denied it, accusing the rebels of disobeying the party’s whip.

Seven months on, the two sides are locked in a complex legal tussle — disqualification pleas, claim over party name and symbol — in the Supreme Court and the Election Commission (EC). The former will resume hearing the pleas from February 14. The latter will hear the plea on January 30.

News18 spoke to lawyer Ujjwal Nikam, special public prosecutor and prominent legal expert, on the issue at hand and the precedents in such matters.

Political defections aren’t new in Indian politics. Leaders have jumped ship in the past, formed splinter groups, and even fought over symbols. How different [or similar] is Chief Minister Eknath Shinde’s case?

A similar situation had occurred in Tamil Nadu [in 1987-88] after the death of MGR (M G Ramachandran), founder of the Dravida Munnetra Kazhagam (DMK). There, Jayalalithaa and Janaki (MGR’s wife) had a quarrel on who will preside over the party. Jayalalithaa had a majority of elected candidates, whereas Janaki was in control of the party base.

But before the EC could take any call on the matter, both [Jayalalithaa and Janaki] arrived at a compromise. So, a decision wasn’t taken.

ALSO READ | Made You No. 2 in Shiv Sena, But You Broke Trust When I Was Ill, in Hospital: Uddhav Thackeray

A similar situation is happening in Maharashtra. Uddhav Thackeray’s group is claiming they are heading the party and that the election symbol [bow and arrow] must go to them. Whereas Shinde’s group is also claiming they are the original Shiv Sena, saying the Thackerays are in a minority because the majority [of] elected legislators [39 of the 55 Sena MLAs and 12 of the 19 Sena MPs] aren’t with him.

The anti-defection law was aimed at preventing politicians from switching parties. [It did give exceptions like if two-thirds of the members agree to a merger with another party, they will not be disqualified]. But with a majority of the legislators by his side, doesn’t that, on paper, make Shinde’s case strong?

The Tenth Schedule [anti-defection law] was to prevent horse-trading after the elections. From time to time, amendments were made by Parliament to have a true democracy.

But, such a situation [like Shinde’s] that has happened in Maharashtra, wasn’t thought of by anyone [then].

There are two clear circumstances that attract the Tenth Schedule — voluntarily giving up membership of a political party. [In that case], he ceases to be a member of that party.

Second, if he disobeys the whip of the party, then he can be disqualified.

But the basic issue at present is over the election symbol…

Let’s come to the Election Commission, where the two are staking claim over the name and symbol. By the number of total affidavits [filed before the EC], Thackeray claims the organization is with him. Shinde says a majority of lawmakers are with him. What’s usually given more weightage in such situations?

Conventionally, the EC has given priority to the elected members of a political party [to decide the dispute].

Some years ago [2016-17], Mulayam Singh Yadav’s Samajwadi Party in Uttar Pradesh, registered with the EC with bicycle as its symbol, had seen a split too.

“The Constitution of the political party is equally important. That’s the Bible of any political party…so the EC has to minutely go through it, verify the facts and figures from both sides and then decide.”

When Akhilesh Yadav [Mulayam’s son] was the Chief Minister of UP, the two had a difference of opinion. Mulayam Singh Yadav then went to the EC, saying the party’s cycle symbol shouldn’t be given to Akhilesh as he was “the founder of the political party”.

The EC took a view then that the elected legislators and the organization both were with Akhilesh and didn’t give any relief to Mulayam Singh Yadav.

…but according to me, the Constitution of the political party is equally important. That’s the Bible of any political party…so the EC has to minutely go through it, verify the facts and figures from both sides and then decide.

Besides the party ownership, the EC will also take a call on the symbol. It had previously frozen the name ‘Shiv Sena’ and its bow and arrow symbol temporarily in the lead-up to the Andheri East bypoll [last year]. Is there a chance the symbol could be frozen forever, irrespective of which way the verdict goes?

I cannot rule out that possibility. You see, in the past also, when there was a division in the Congress [in 1969 under then Prime Minister Indira Gandhi] between the Congress (Organisation) and Congress (Indira), their earlier symbol was a pair of bullocks. That symbol [post the 1969 split] was frozen [by the Election Commission] and both the sides were given different symbols.

[Here too,] if the EC finds it difficult to ascertain from the claims and counterclaims from both the [Shiv Sena] groups, it is quite likely that they may freeze the symbol forever. They [EC] may give both of them new symbols and ask them to register as new political parties.