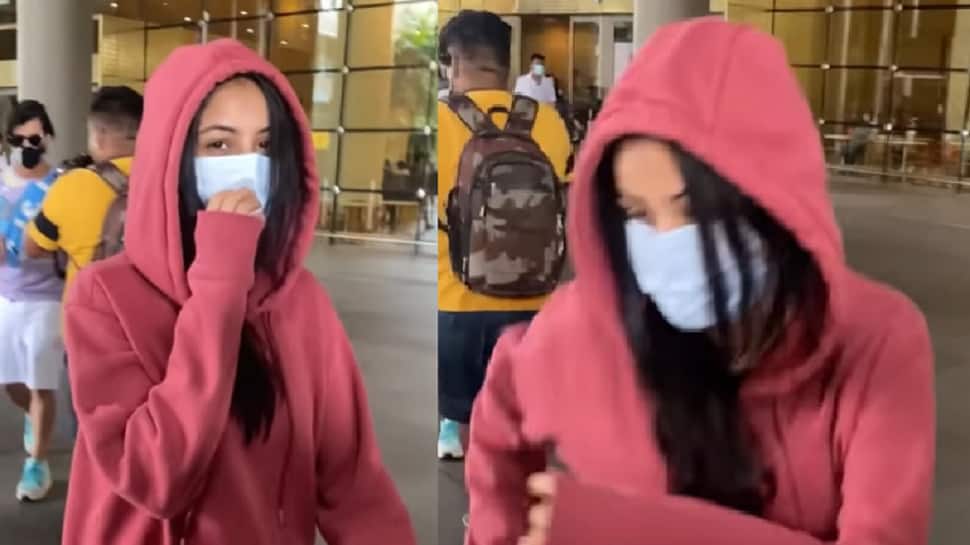 New Delhi: Shehnaaz Gill rules a million hearts, all thanks to her charming personality on and off camera. She was in a goofy mood as she arrived in Mumbai on Tuesday and fans are totally relating to her situation.

On Tuesday, Sana came back to the Bay, and at the Mumbai airport, she was seen running away from the paparazzi. The fun moment was captured on the cams following her. After her pictures and videos surfaced on the internet, fans loved her candidness and called it a ‘relatable’ situation.

Shehnaaz wanting to hide herself from paps could be due to her rumoured casting in Salman Khan starrer ‘Kabhi Eid Kabhi Diwali.’ In the videos that have surfaced online, Shehnaaz was seen arriving at the Mumbai airport with Siddharth Nigam and Raghav Juyal, her rumoured co-stars.

The ‘Honsla Rakh’ actress tried to hide her face and even covered her head, however, the paparazzi were still able to spot her. After greeting Raghav, they told Shehnaaz that they could see her, as she continued to keep her head down while walking. A paparazzo said to Shehnaaz, “Kya baat hai! Shooting chaalu hai.” She then looked up for a second and then made a run for it, leaving everyone surprised. She later simply waved to them and sat in her car.

Fans flooded the video with loved-up comments and called the actress the most relatable one. One user commented, ‘So simple – that’s why we relate to her so much.’ Another one wrote, ‘Cutie aaj full mood mein hai’ Another comment read, ‘I love this goofy Sana soo much.’

Shehnaaz Gill is reportedly all set to make her Bollywood debut with ‘Kabhi Eid Kabhi Diwali’ starring Salman Khan and Pooja Hegde in lead roles. She will reportedly romance Jassie Gill in the film.

Afternoon brief: PM Modi wishes Dalai Lama on his 87th birthday, and all the latest news