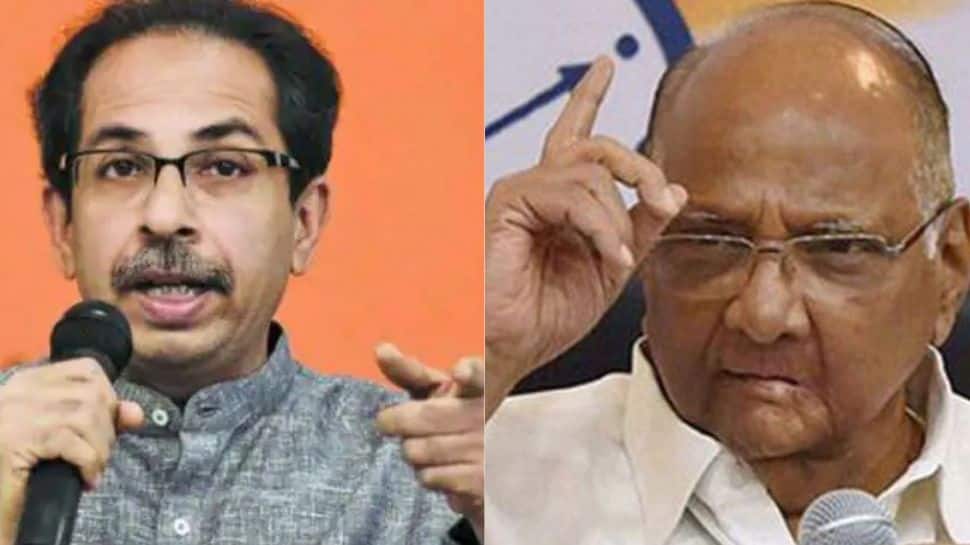 Mumbai: Amid the political crisis in Maharashtra triggered by Shiv Sena minister Eknath Shinde’s rebellion, NCP president Sharad Pawar called on Maharashtra Chief Minister Uddhav Thackeray on Wednesday evening. Pawar was accompanied by his daughter and NCP MP Supriya Sule and party minister Jitendra Awhad. Thackeray tested positive for Covid-19 earlier in the day. The NCP leaders held discussions with the chief minister at ‘Varsha’, his official residence in south Mumbai. However, what transpired at the meeting could not be known.

The meeting took place after Thackeray’s live webcast, in which he offered to quit as Maharashtra chief minister and extended an olive branch to rebel Shiv Sena MLAs led by Eknath Shinde, saying he will be happy if a Shiv Sainik succeeds him. Earlier in the day, Congress leader Kamal Nath also spoke to Thackeray over phone. The rebellion by Shinde, who has claimed the support of 46 MLAs, has pushed the two-and-a-half-year old Shiv Sena-led Maha Vikas Aghadi (MVA) government to the brink. The Sena has 55 members in the 288-member Maharashtra Assembly.

In the wee hours of Wednesday, Shinde and other rebel MLAs were flown to Guwahati in Assam from Surat, where they were camping since early Tuesday.

‘We are not rebels’: Eknath Shinde’s Sena leaves Guwahati as SC begins hearing