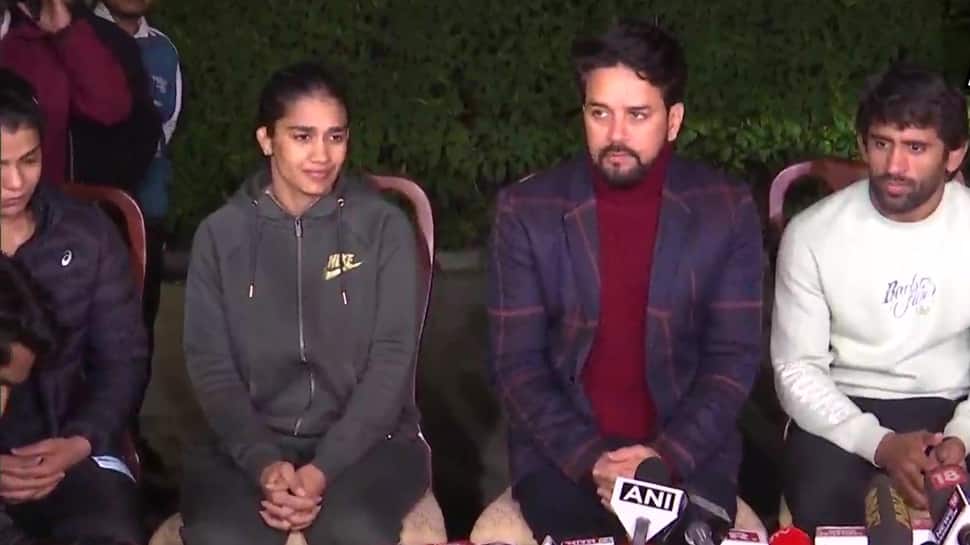 Union minister V K Singh has said that sometimes the allegations levelled by some people are serious, but in some instances the intention behind the charges is “something else”, which needs to be checked. The former Army chief was responding to a query on the allegations of sexual harassment made by top wrestlers against the Wrestling Federation of India (WFI) chief and Bharatiya Janata Party (BJP) MP Brij Bhushan Sharan Singh. V K Singh was in Jabalpur on Friday to attend the ‘Sansad Khel Mahotsav’ (Member of Parliament Sports Festival) organised by Jabalpur MP Rakesh Singh.

When media persons asked him about the sit-in protest by the wrestlers in Delhi, the Union Minister of State for Road Transport and Highways said, “Sometimes the allegations are serious. Sometimes serious allegations are made. Sometimes the intention is something else. That is why I said go and see what is behind it.”

The tussle between the wrestlers and the WFI ended on Friday for the time being after the grapplers called off their protest following assurances from the government that their grievances would be addressed.

The wrestlers, including Vinesh Phogat, Bajrang Punia, Sakshi Malik and Ravi Dahiya, decided to end their three-day long sit-in protest at Jantar Mantar here after a breakthrough was achieved during a marathon second round of talks with Union Sports Minister Anurag Thakur late on Friday night.

The government decided to form an oversight committee which will investigate the allegations of sexual harassment of women wresters by the WFI president. The committee, members of which are yet to be named, will also oversee the day-to-day affairs of the federation. (With PTI/ANI inputs)