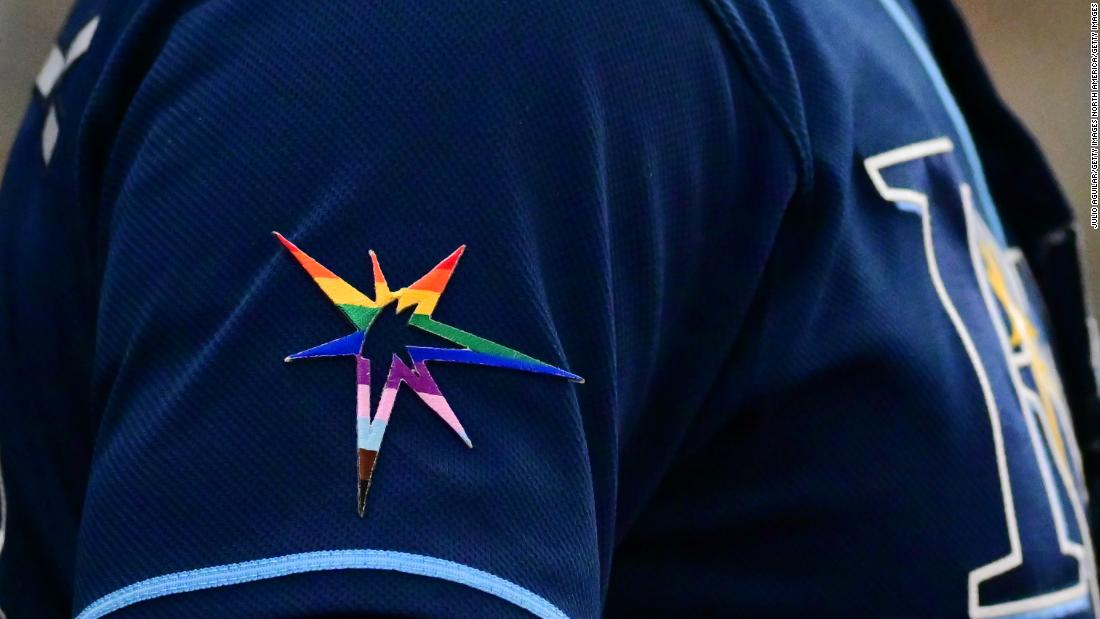 Adam addressed the situation on behalf of the players who opted out, telling the Tampa Bay Times that it was a “faith-based decision” and that it wasn’t “judgmental.”

“So it’s a hard decision,” Adam said. “Because, ultimately, we all said what we want is them to know that all are welcome and loved here.

“But when we put it on our bodies, I think a lot of guys decided that it’s just a lifestyle that maybe — not that they look down on anybody or think differently — it’s just that maybe we don’t want to encourage it if we believe in Jesus, who’s encouraged us to live a lifestyle that would abstain from that behavior.

“It’s not judgmental. It’s not looking down. It’s just what we believe the lifestyle he’s encouraged us to live, for our good, not to withhold. But again, we love these men and women, we care about them, and we want them to feel safe and welcome here.”

‘Love everyone as they are’

Rays outfielder Kevin Kiermaier, who wore the specially designed uniform for Pride Night, told the Times that his parents taught him to “love everyone as they are, go live your life, whatever your preferences are, go be you.”

“I can’t speak for everyone who’s in here, obviously, but this is a family-friendly environment here at a big league ballfield,” Kiermaier said.

“We just want everyone to feel welcomed and included and cheer us on. No matter what your views on anything are.”

Following Sunday’s game, also against the White Sox, Rays manager Kevin Cash addressed the situation, saying that some of the players’ decision to not wear the logos did not create any divisions in the clubhouse.

“First and foremost, I think the organization has done a really good thing to have Pride Nights supporting our gay community to come out and have a nice night at the ballpark,” Cash said postgame via ESPN.

“Impressed that our players have had those conversations and we want to support our players that choose to wear or choose not to wear to the best of our capabilities.”

CNN has reached out to the Rays for comment but did not immediately hear back.