Sensex tanks over 850 pts, Adani group stocks slide up to 7% 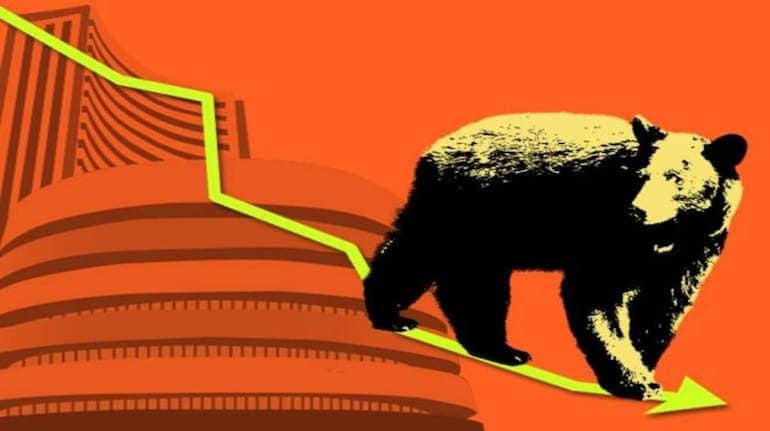 Stock Market Crash: Fronltine indices sharply slumped on Wednesday as the monthly F&O expiry jolted market sentiment. The S&P BSE Sensex fell over 850 points to the day’s low, while the Nifty index broke below 17,900. Weak economic data from the United States that hinted at a possible recession and downbeat growth outlook from companies also weighed on sentiments. Selling was seen across all sectors barring auto stocks.

In the broader markets, the BSE MidCap and SmallCap indices dropped 0.7 per cent and 0.4 per cent, respectively.

Sectorally, only the Nifty Auto and Metal indices were in the green, up 0.09 per cent and 0.14 per cent, respectively. On the downside, the Nifty PSU bank index fell 1.15 per cent, followd by the Nifty Bank and Pharma indices (down 0.75 per cent each).

Adani group stocks fell on Wednesday after Hindenburg Research said that it holds short positions in Adani Group companies through U.S.-traded bonds and non-Indian-traded derivative instruments, sending shares of companies sliding. The short-seller said seven Adani-listed companies have an 85% downside on a fundamental basis due to sky-high valuations and that “key listed Adani companies have also taken on substantial debt” which has “put the entire group on precarious financial footing”. Adani Enterprises shares fell 2.68% to Rs 3350.40, Adani Ports slipped 6.24% to Rs 713.40, Adani Power dropped 4.51% to Rs 262.40, Adani Transmission tanked 4.29% to Rs 2638.00, Adani Green Energy was down 1.84% to Rs 1878.35, Adani Total Gas was down 3.55% to Rs 3747.65 and Adani Wilmar dropped 4.41% to Rs 547.90.

A part of the volatility today can also be attributed to the weekly and monthly derivative expiry today. F&O contracts expire on Thursday but tomorrow being a market holiday on account of Republic Day celebrations, the expiry day has been preponed today.

Nifty has been consolidating in between 17,777 to 18,250 zones from the last 18 trading sessions where declines are being bought but absence of follow up buying is clearly viable in the market, said Chandan Taparia of Motilal Oswal.

Traders were cautious ahead of two big events in the coming week – Union Budget and Fed meeting outcome. Both events are coinciding on February 1, ahead of which Nifty has been trading in a narrow band of 17800-18200. A good budget and positive commentary from the Fed can break the upper band.

“Any negative budget proposal like raising the rate of long-term capital gains tax or a worse-than-expected hawkish Fed can break the lower end of the range,” said Dr. V K Vijayakumar.

Foreign institutional investors who have been on a selling spree on Dalal Street were net sellers to the tune of Rs 760.51 crore yesterday. The total outflow so far in the month has crossed the Rs 17,000 crore mark as FIIs are said to be favouring relatively cheaper markets like that of China.

Disclaimer:Disclaimer: The views and investment tips by experts in this News18.com report are their own and not those of the website or its management. Users are advised to check with certified experts before taking any investment decisions.