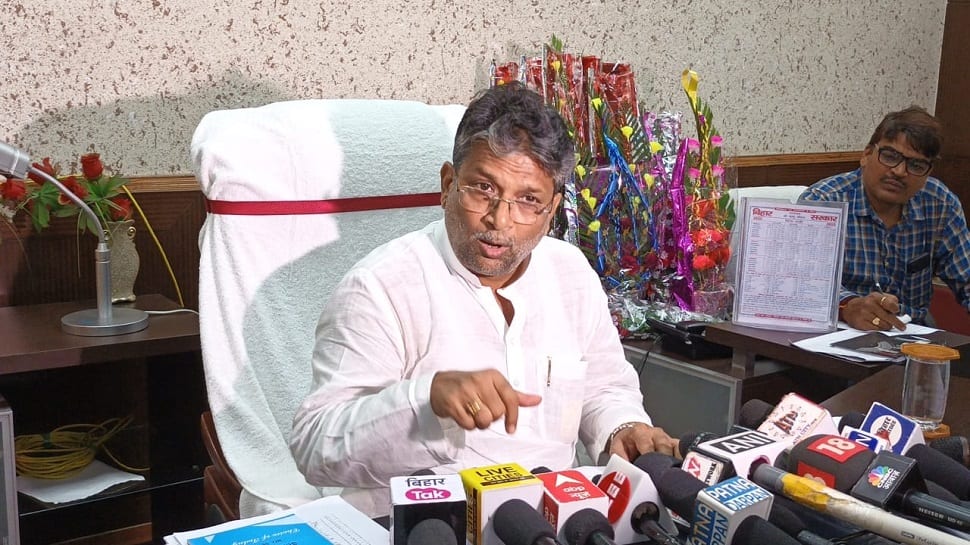 Bihar Minister Alok Kumar Mehta on Monday in a letter addressed to the Station Incharge of the Secretariat police station alleged that he received death threats from two people over a call on his registered official mobile number. In his letter, the Minister of Revenue and Land Reforms in the Bihar government claimed that both the callers used casteist slurs and threatened to kill him.

According to the Rashtriya Janata Dal (RJD) leader, the name of the first caller appeared to be Deepak Pandey on a mobile app that shows the registered identity of the caller. The second caller`s name appeared as Pappu Tripathi on the app, said the minister while submitting the numbers of the callers to the police in the letter.

The RJD leader requested the police to take immediate action against the two callers and provide for necessary security and safety. Earlier on Saturday, while speaking at a public meeting in Bihar`s Bhagalpur district, Mehta said, “People, who used to toll bells at temples, are now occupying powerful positions. Take Uttar Pradesh Chief Minister Yogi Adityanath for instance.” Further, targeting upper caste communities, the minister said 10 per cent of the country`s population, who used to be agents of the British Raj, are now running their writ on the remaining 90 per cent comprising disadvantaged and backward communities. Ninety per cent of our population, which was represented by (former Bihar deputy chief minister) Jagdev Babu, was exploited first by the British Raj and then by their agents, whom Jagdev Babu called 10 per cent,” Mehta claimed.

Facing a huge backlash on social media, the minister clarified his statements. In a personalised video, Mehta said the 10 per cent that Jagdev Babu talked about are not people of any particular caste but represent a class, which has been exploiting the backward classes and the practice continues to this day.