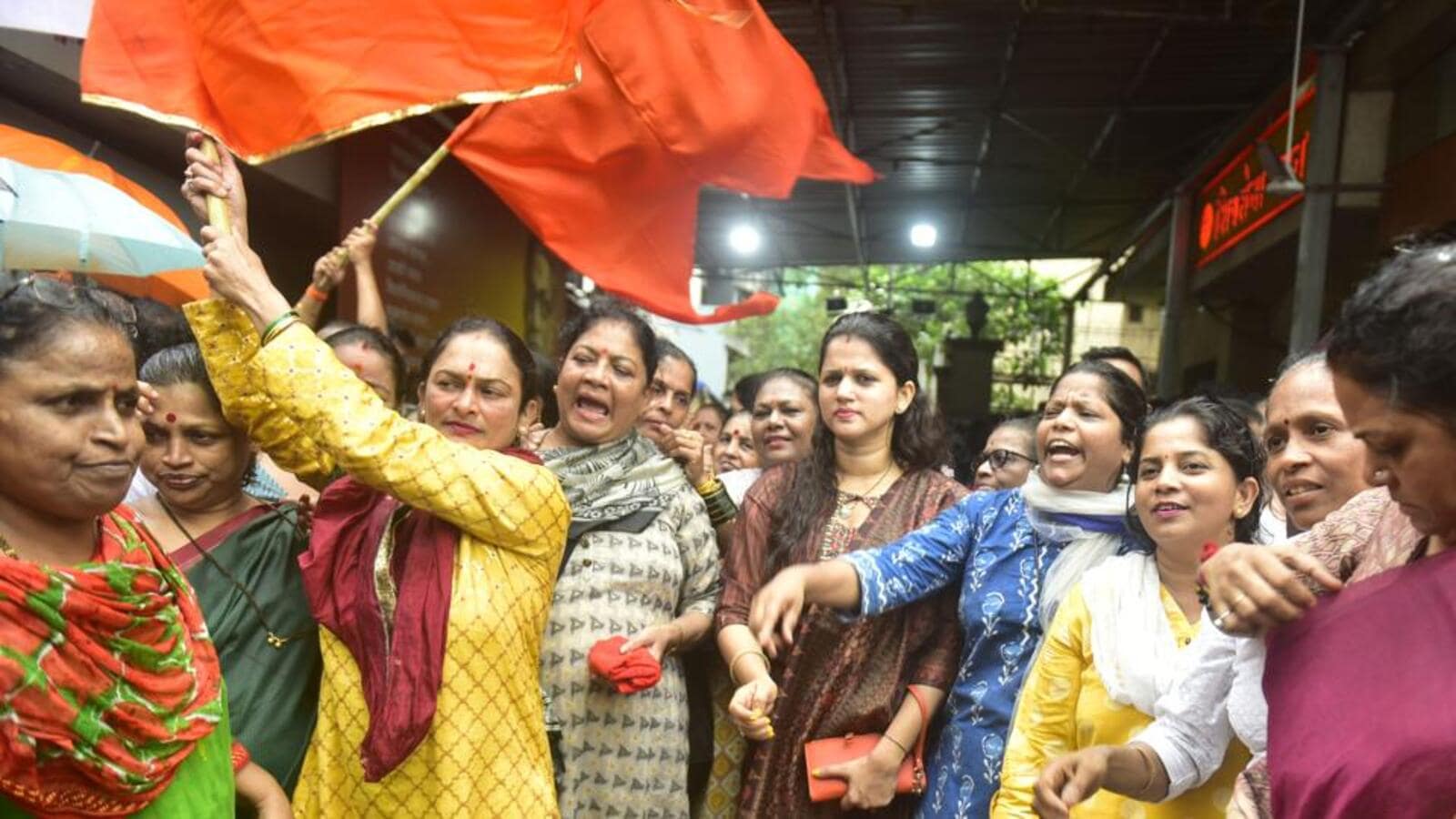 Maharashtra minister Sandipan Bhumre, who is among the rebel Shiv Sena lawmakers in Assam, on Wednesday said they plan to set up a separate group amid speculation that they could stake claim to form the government with the Bharatiya Janata Party (BJP)’s help.

“[…] in the present situation, many development works were not getting done. MLAs [members of legislative assembly] also had a grouse that distribution of development funds was not being done in properly,” Bhumre said.

Bhumre’s colleague, Eknath Shinde, who is leading the rebels, earlier claimed to have the support of over 40 lawmakers as the Sena rebels flew to Guwahati in Assam from Gujarat’s Surat.

Shinde claimed a few more legislators were expected to join them as he dismissed Sena leader Sanjay Raut’s allegations that several lawmakers were taken forcibly and even beaten up for attempting to leave.

Shinde’s faction can form a separate group if it has the backing of two-thirds of the party legislators. It needs 37 Sena lawmakers to avoid disqualification under the anti-defection law. In case of their disqualification, it will be easier for the coalition government to pass a floor test. The lawmakers in the Shinde faction signed a letter support for Shinde before leaving Surat.

Shinde, who maintained they have not so far taken any decision on staking the claim to form the government, emphasised they have not quit the Sena. “We are not against anybody but only want to work for development and the ideals of [Shiv Sena founder] Balasaheb [Thackeray]…,” Shinde told TV9 Marathi.

Shinde regretted Sena’s move to remove him as the party’s leader in the assembly. “I told [chief minister] Uddhav [Thackeray] …send Milind Narvekar to talk with me [… ] but I was removed …[my] effigies were burnt, and I was defamed,” he said. He insisted he will not join any other party.

He said the appointment of his successor violated the rules. “A meeting of all legislators needed to be held for that but a majority of the legislators are with me.” Sena on Tuesday named Ajay Chaudhary as the party’s legislative party head.