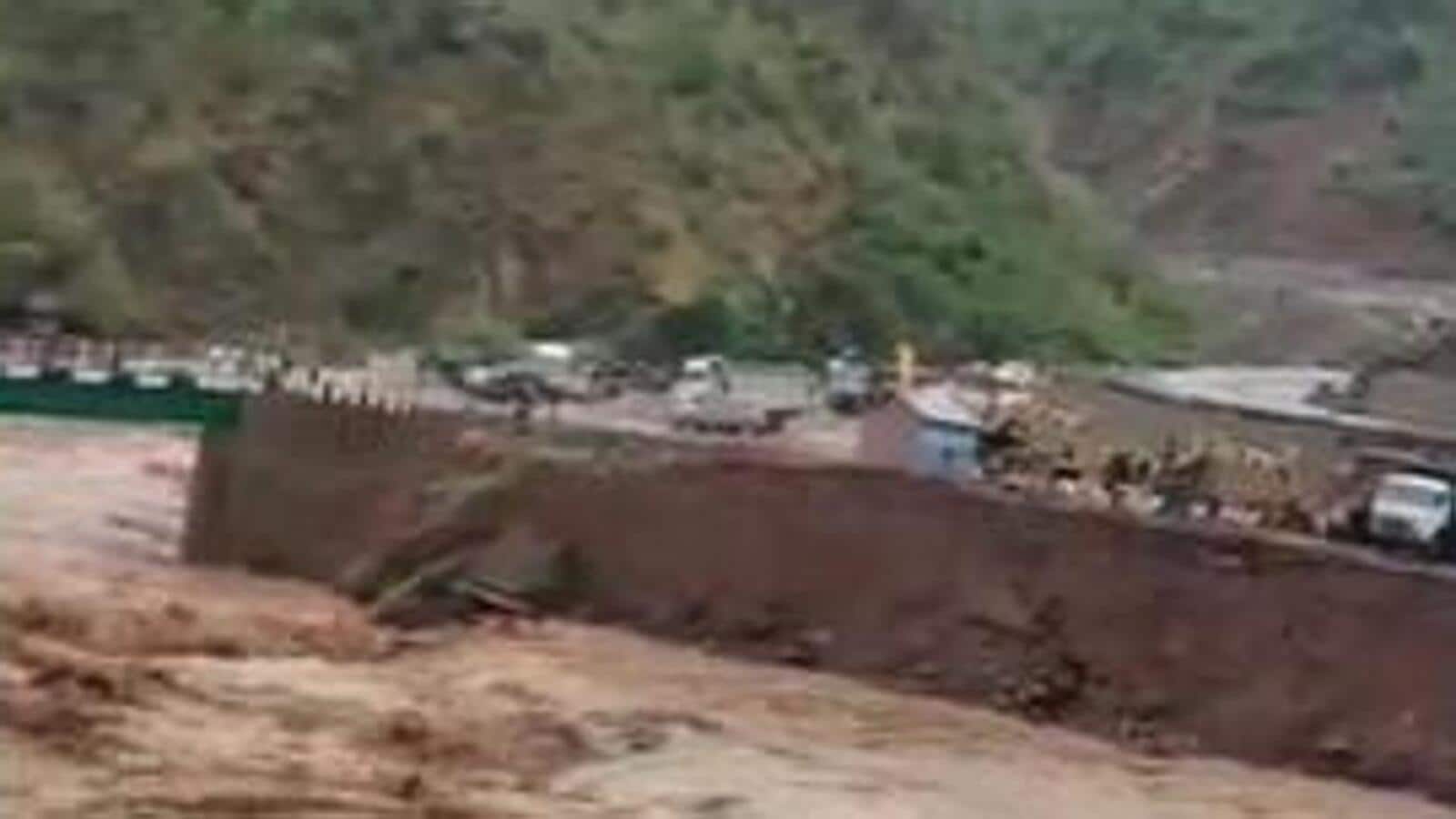 The overnight rains in Jammu and Kashmir for the fifth day on Wednesday overwhelmed rivers and streams and blocked highways and major roads, prompting the authorities to close schools in at least five districts of Kashmir valley and one in Jammu division, officials said.

The river Jhelum’s water level at Sangam in south Kashmir crossed the ‘flood alarm’ level of 18 feet at 10am on Wednesday as the region witnessed incessant rains for the past five days. (The flood is declared when the level reaches 21 feet).

“The habitations residing along higher contours of tributaries especially Vishow and Rambiyara in south Kashmir are requested to remain vigilant as the water levels have risen and are expected to rise further in response to the rainfall,” said irrigation and flood control department in a tweet.

There were heavy rains throughout the night in most parts of Kashmir valley and also in many parts of Jammu division on Wednesday. Snowfall was also experienced in hilly areas including at Amaranth Cave shrine in the Himalayas and Kousarnag in Kulgam.

The Srinagar-Jammu National Highway was closed in the wee hours owing to landslides.

There was a huge mudslide at Sukhdar in Uri sub-division of Baramulla district near the Line of Control. However, there was no loss of life in the incident.

In the plains, the rains have over-flooded roads. “There is a flash-flood like situation in Tailbal and Khushipora areas of north Srinagar. Teams are being deployed to aid efforts of J&K Lakes Conservation Management Authority,” said mayor of Srinagar Municipal Corporation, Junaid Mattoo.

He said that there was water-logging in some areas of Srinagar. “Our static dewatering stations are fully functional and mobile dewatering pumps have also been deployed,” he said.

Due to the heavy rains, class work in all the schools up to high school level of Anantnag, Kulgam, Shopian and Pulwama in south Kashmir and Kupwara in north Kashmir and Ramban in Jammu division has been suspended.

The meteorological department (MeT) of J&K said that moderate to heavy rain occurred at most places in Chenab Valley, Reasi, Ramban-Banihal, Pirpanjal and north Kashmir during the past 24 hours.

He said that there will be a further decrease in rainfall intensity as the day progresses. “There can be a significant improvement from today forenoon,” he said.

“From June 23 onward, there is no forecast of any major rainfall till next one week,” Ahmad said.