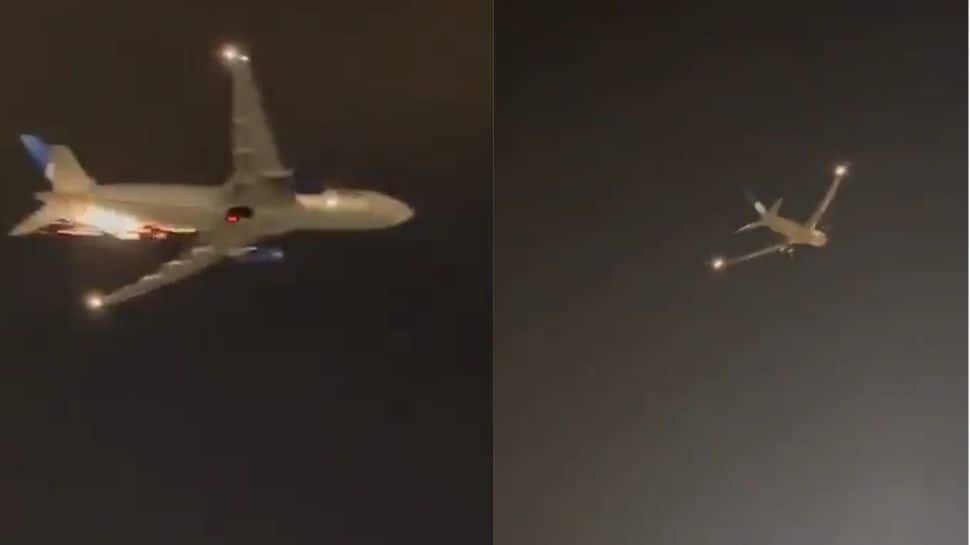 A viral video of a United Airlines flight emitting sparks while the plane is still in the air has shocked the internet. The video shows flight number UAL149 emitting debris after its take-off from the Newark Liberty International Airport. It is to be noted that the sparks emitting in the video became visible soon after the plane’s departure. The flight in the incident was bound for Sau Paulo but had to return to Newark Liberty International Airport to make a safe landing after the sparks coming out of the aircraft were noticed. It is to be noted that the plane in the incident was a Boeing 777 registered as N787UA.

The pilots of the aircraft handled the situation by entering a holding pattern over the Atlantic Ocean. Based on the reports, the United Airlines flight in the incident took off from Newark International Airport at 23:24 local time on September 21, Wednesday. After the aforementioned incident, the plane returned in around an hour and a half on September 22.

#UA149, a #United 777 experiences troubles upon its departure from #Newark Airport.

A spotter on the ground recorded the video of the United Airlines Boeing 777 emitting the sparks. The video shows the sparks coming from somewhere close to the engine. However, it is still unclear exactly which part of the plane the debris was coming from.

Based on Simple Flying’s report, the flight had 256 passengers onboard. After the incident, the passengers were transported using another aircraft. Based on the same report, the airlines stated the incident occurred because of an issue with the hydraulic pump.

After the video of the incident went viral on the internet, many social media users pointed out that the incident must have occurred because of the aging fleet of United Airlines. Moreover, reports suggest that 25 United Airlines Boeing 777-200s were grounded prior to this. The reason for this action was told to be the lack of inspection of the leading edge of the wings.

Changes in food packaging rules to come into effect from December 1; consumers to get accurate product details

Arsenal vs Tottenham Live Streaming: When and where to watch Premier League match London Derby ARS vs TOT in India?

Kharge abides by ‘one person, one post’ formula, resigns as Rajya Sabha LoP