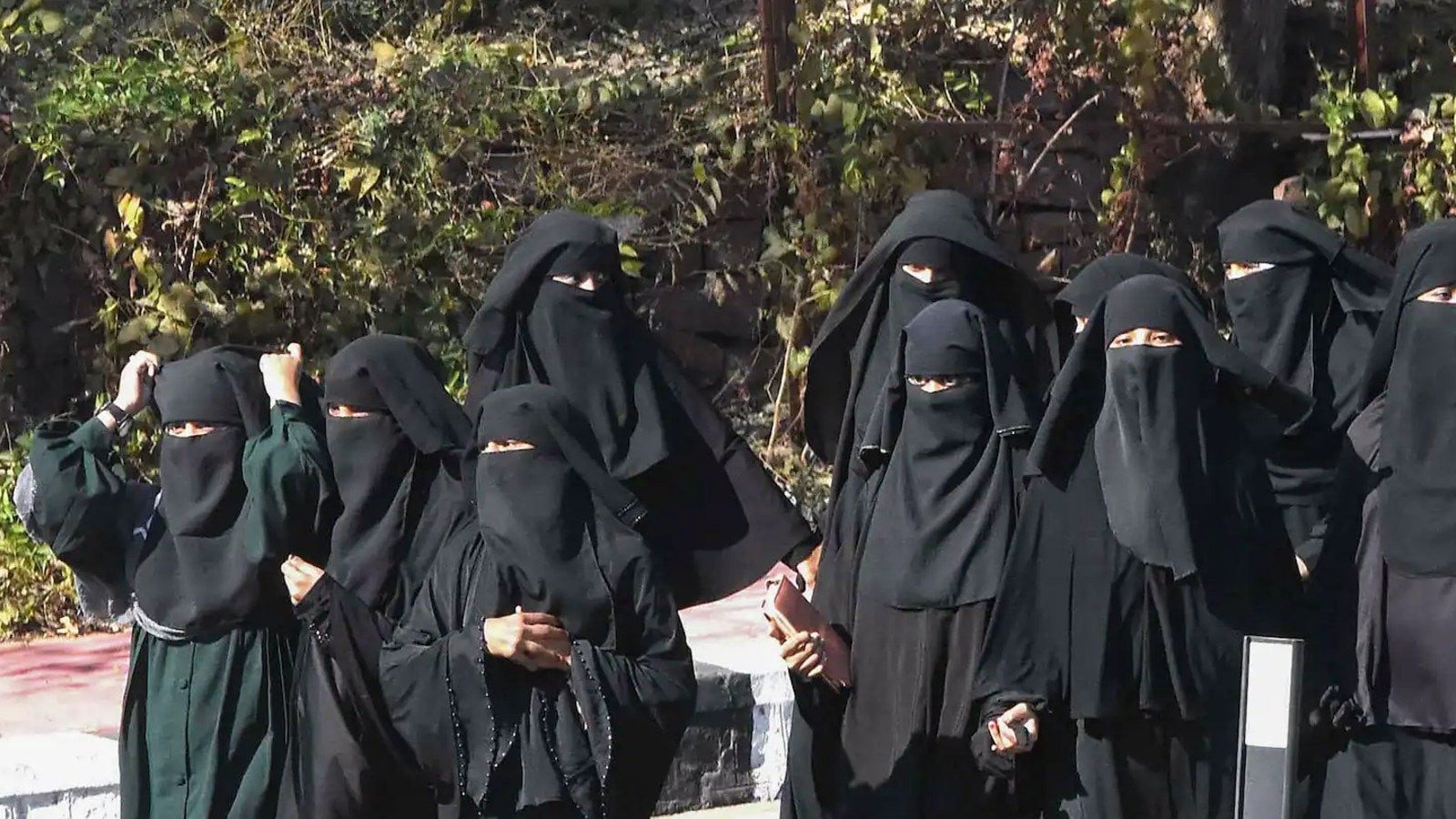 Due to the split verdict, the high court’s judgement still holds the field(Representational Image)

A two-judge bench of the apex court had on October 13 last year delivered opposing verdicts in the hijab controversy, and urged the Chief Justice to constitute an appropriate bench to adjudicate the case that stemmed from a ban on wearing of Islamic head covering in Karnataka schools

The Supreme Court on Monday said it will consider setting up a three-judge bench to adjudicate the case related to the ban on wearing of Islamic head-covering hijab in Karnataka government schools following its split verdict.

A bench comprising Chief Justice DY Chandarchud and justices V Ramasubramanian and JB Pardiwala took note of the submissions of senior advocate Meenakshi Arora that an interim order was needed keeping in mind the practical examinations, scheduled for some classes from February 6 in the state.

“This is the headscarf matter…These girls moved out from the colleges where it (head scarf) was not allowed to them. They moved to private colleges. They have now lost one year.

“Now the examinations are to be held in the government colleges. Private colleges cannot hold the examinations. The practical (exams) will start on February 6. We are only praying that the matter can be taken up for interim order before that,” the senior lawyer said.

“I will examine it. This is a three-judge bench matter. We will allot a date,” the CJI said.

A two-judge bench of the apex court had on October 13 last year delivered opposing verdicts in the hijab controversy, and urged the Chief Justice to constitute an appropriate bench to adjudicate the case that stemmed from a ban on wearing of Islamic head covering in Karnataka schools.

Due to the split verdict, the high court’s judgement still holds the field. However, the split verdict held off a permanent resolution to the row over hijab as both judges suggested placing the matter before a larger bench for adjudication.

While Justice Hemant Gupta, since retired, had dismissed the appeals challenging the March 15 judgement of the Karnataka High Court which had refused to lift the ban, Justice Sudhanshu Dhulia held there will be no restriction on the wearing of hijab anywhere in the schools and colleges of the state.

Permitting a community to wear its religious symbols to schools will be an “antithesis to secularism,” Justice Gupta had said, while Justice Dhulia insisted that wearing the Muslim headscarf should simply be a “matter of choice.” On March 15, the high court dismissed the petitions filed by a section of Muslim students of the Government Pre-University Girls College in Karnataka’s Udupi seeking permission to wear the hijab inside classrooms, ruling it is not a part of the essential religious practice in the Islamic faith.

During the arguments in the apex court, a number of counsel appearing for the petitioners had insisted that preventing Muslim girls from wearing the hijab to the classroom will put their education in jeopardy as they might stop attending classes.

Insisting that the agitation in support of wearing hijab in educational institutions was not a “spontaneous act” by a few individuals, the state’s counsel had argued in the apex court that the government would have been “guilty of dereliction of constitutional duty” if it had not acted the way it did.

The state government’s order of February 5, 2022 was challenged by the Muslim girls in the high court.

Several pleas have been filed in the apex court challenging the high court verdict.