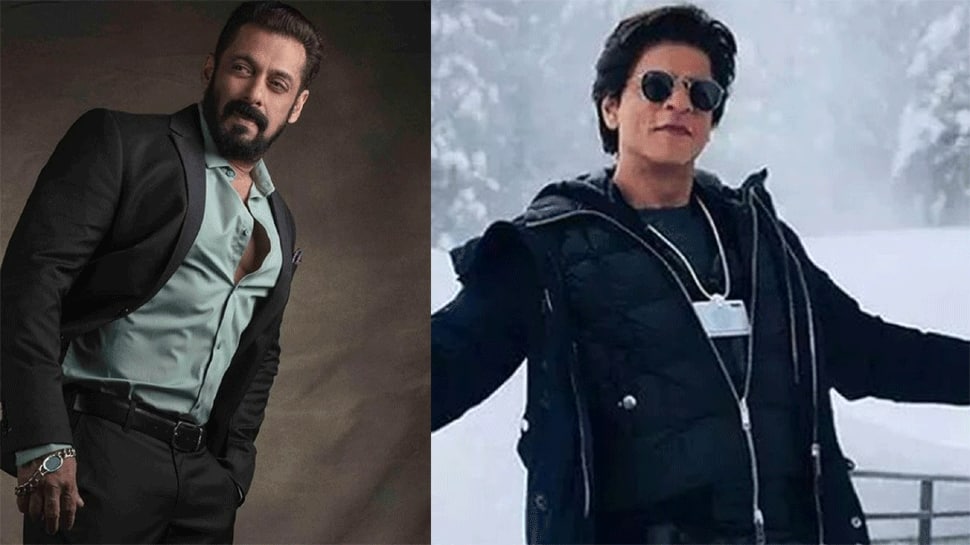 ABU DHABI: Superstar Salman Khan, who was at Abu Dhabi for this year’s IIFA awards, managed to scoop out some time from his busy schedule to cheer for his ‘bhai’ Shah Rukh Khan, who is all set to mark his comeback on the big screen after a gap of four years. It was only recently that Salman shared the teaser of Shah Rukh Khan’s actioner ‘Jawan’ on social media and captioned it writing, “Mera Bhai Ready Hai”.

And now, the ‘Bajrangi Bhaijaan’ star has once again given a shoutout to Shah Rukh at IIFA awards. During the award ceremony, held at Etihad Arena in Abu Dhabi’s Yas Island, IIFA hosts Ritesh Deshmukh and Maniesh Paul asked celebrities seated in the audience a question — “Who is behind Salman?” The superstar was also hosting the ceremony with the duo. Actor Kriti Sanon said ‘the audience’, whereas singers Yo Yo Honey Singh and Guru Randhawa said ‘angels’.

Salman, who was sitting in the audience, then said, “Mere peeche sirf ek aadmi hai, woh hai Shah Rukh Khan (There’s only one man behind me and that is Shah Rukh Khan)”. The actor explained his joke and said the wall of Shah Rukh’s bungalow Mannat is right behind his apartment, Galaxy in Bandra. “But if you look at it from the other side, the Worli area side, his house is far ahead”. Salman then said, referring to Shah Rukh’s upcoming film line-up, “Humara ‘Pathaan’, humara ‘Jawan’ tayar hai” (Our ‘Pathaan’, our ‘Jawan’ is ready).

Shah Rukh’s ‘Pathaan’, backed by Yash Raj Films, is directed by ‘War’ helmer Siddharth Anand. Also featuring Deepika Padukone and John Abraham, the film will release on January 25, 2023. For ‘Jawan’, Shah Rukh is collaborating with Tamil filmmaker Atlee, known for movies like ‘Raja Rani’, ‘Their’, ‘Mersal’ and ‘Bigil’. The movie will land in theatres on June 2, 2023.

Apart from these films, Shah Rukh will also be seen in Rajkumar Hirani’s ‘Dunki’, co-starring Taapsee Pannu and set for release on December 22, 2023. Both Shah Rukh and Salman will be seen making special appearances in each other’s films — ‘Pathaan’ and ‘Tiger 3’ — respectively.

The IIFA Awards are being held at the Etihad Arena, part of Yas Bay Waterfront on Yas Island, Abu Dhabi, in collaboration with the Department of Culture and Tourism ? Abu Dhabi (DCT Abu Dhabi), and Miral.