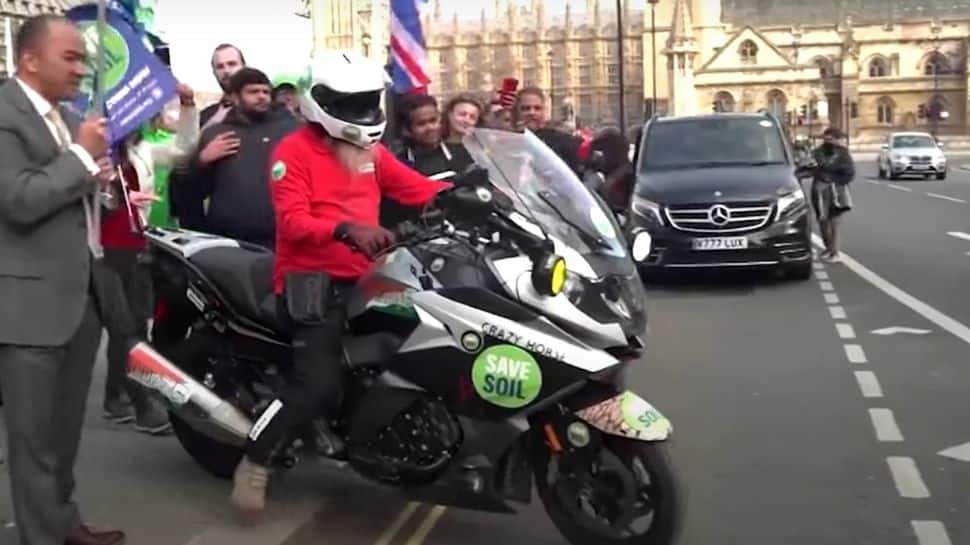 Jaggi Vasudev, a.k.a Sadhuguru, has recently demonstrated his love for motorcycles by covering around 30,000 km on a motorcycle for environmental awareness. For this long journey, Sadhguru chose the BMW K1600 GT to ride through multiple countries covering the globe. However, for a while, in the middle east, the spiritual leader used a Honda Africa Twin. Moving on, Sadhguru has recently revealed why he specifically chose the 350 kg BMW K1600 GT for his awareness journey.

Revealing the reason in an interview with Asianet, Sadhguru said, “If I have to do another 10,000 now, definitely this is my choice. Because of the inline-six engine, there is simply no vibration. The right hand is just fine even after riding for six or seven hours non-stop. Even when we rode like four-and-a-half hours from one gas station to another, there was no buzz or numbness in the hand, which is incredible.”

Talking more about the bike, Sadhuguru also revealed that he faced a bit of an issue with the bike while riding on the wet roads of Austria. He said that because of the rain, the front tires were not properly able to find a grip on the road.

Talking about the motorcycle, the bulky-looking bike is powered by a 1.6-liter, 6-cylinder, in-line engine. The engine churns out 160 PS and a peak torque of 174 Nm. To better understand how massive the engine is, you should know that the last-gen Hyundai Creta had a 1.6-litre engine powering the compact SUV. Moreover, the bike is one of the most luxurious bikes loaded with a myriad of features for the rider’s comfort on long journeys.