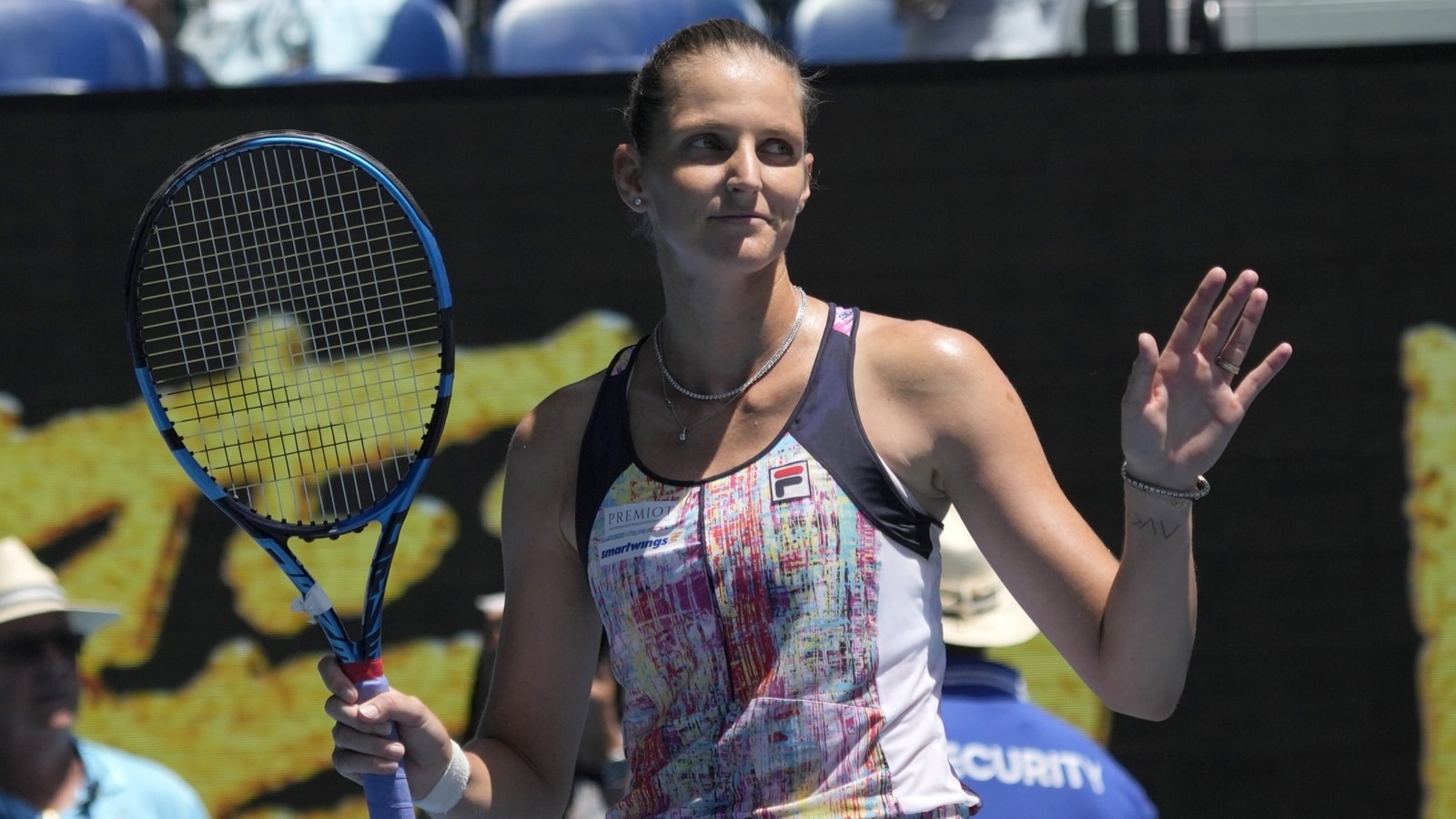 Former world number ones don’t normally go under the radar at the Australian Open, but Karolina Pliskova has cruised into the last-16 at Melbourne Park almost unnoticed — and is yet to drop a set.

The 30-year-old Czech served up a 6-4, 6-2 demolition of 97th-ranked Russian Varvara Gracheva on Rod Laver Arena in the third round on Saturday.

It was a vintage performance from the 30th seed, a two-time Grand Slam finalist.

She sent down six aces and lost just 11 points in her nine service games and, on this form, must be rated a danger to any of the top seeds.

It was a marked contrast to last season when she plummeted from fourth in the world at the start of the year to 31st, her lowest year-end ranking since 2013.

Along the way she was bundled out of the French Open in the second round by a 277th-ranked qualifier as her fortunes on court hit rock bottom.

Another second-round exit at Wimbledon prompted her to sack coach Sascha Bajin, the German who had guided Naomi Osaka to back-to-back Grand Slam titles at the 2018 US Open and 2019 Australian Open.

In December she rehired Bajin. “Thank you for having me back,” the coach tweeted. “Let’s go get it.”

The reunion has lit a spark inside the Czech, who rose to world number one back in July 2017.

Pliskova has hardly been under threat all tournament in Melbourne, losing just 15 games in six sets so far.

She blew away the dangerous Gracheva, who had stunned eighth seed Daria Kasatkina in the first round.

It put Pliskova into the Australian Open last 16 for the fourth time, where she will meet 23rd seed Zhang Shuai of China who beat American qualifier Katie Volynets 6-3, 6-2 on Saturday.

Pliskova lost in the third round at Melbourne Park in both 2020 and 2021, and missed last year because of injury.

Her best was a semi-final in 2019 where she lost to Osaka — coached by Bajin.

“I’ve been playing quite well early in this year. So excited to be here, just enjoying it, happy to be back on the centre court with a two-sets victory, yeah.”

Pliskova, who has won 16 career singles titles, first hired Bajin in November 2020 and he helped her to get to the 2021 Wimbledon final.

She also reached the US Open final back in 2016 and is seeking a maiden Grand Slam crown, with her last WTA title in Brisbane three years ago.

Bajin, the 2018 WTA Coach of the Year, has also worked with Serena Williams, Kristina Mladenovic and Dayana Yastremska.

“It takes a big person to admit something and it can’t be easy to ask your old coach back,” the WTA website quoted Bajin as saying. “For that, I’m thankful.”