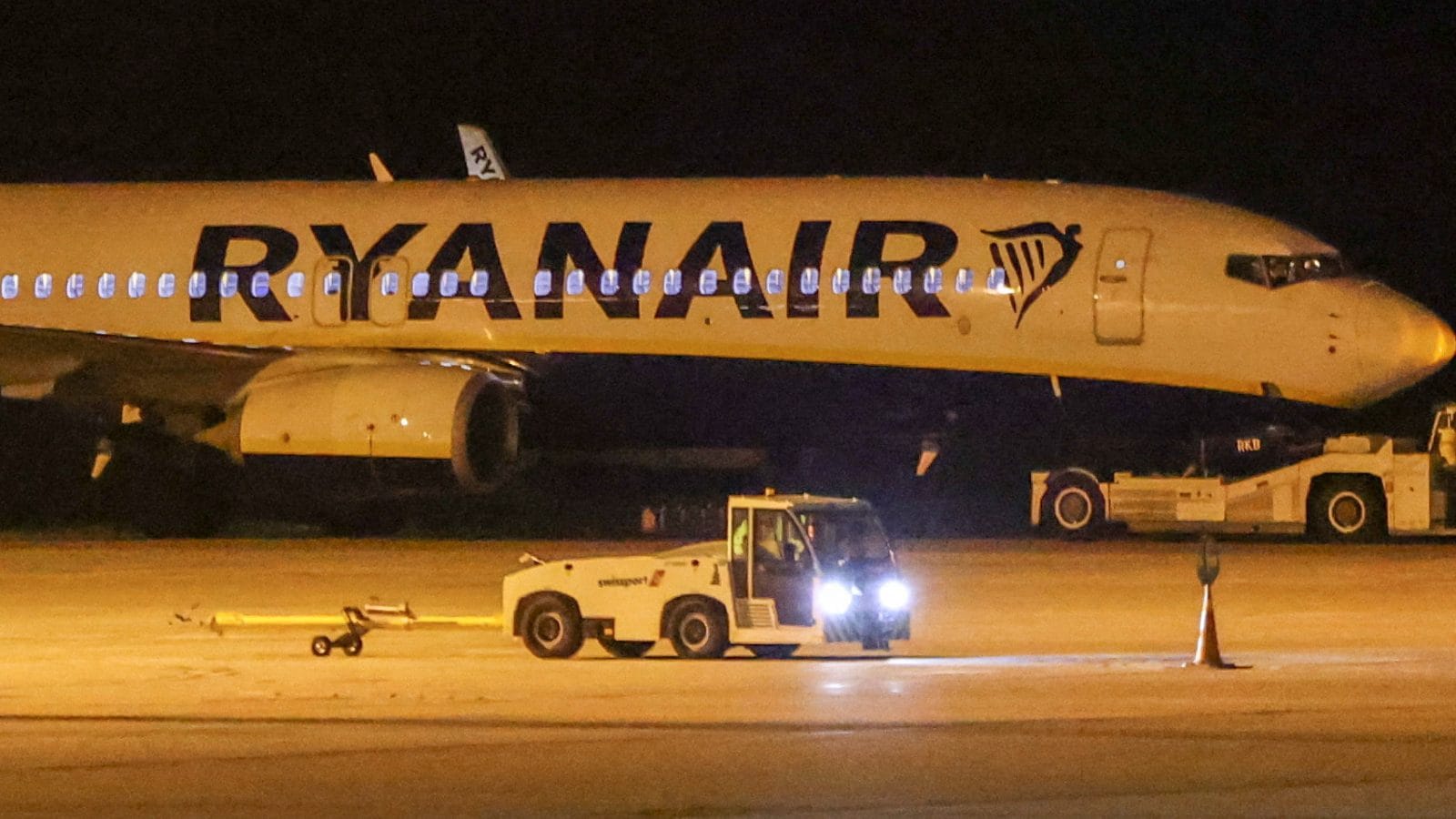 A Ryanair plane is seen on the runway, after landing at Athens’ International Eleftherios Venizelos airport, following a bomb threat in midair, on the outskirts of Athens, Greece (Image: Reuters)

Greek police on Sunday said they had found no explosives on board a Ryanair flight from Poland, following an earlier bomb threat.

A search of the passengers and the aircraft “did not find anything suspicious,” the police said in a statement.

The Boeing 737 flight from Katowice with 190 people on board had landed in Athens with an escort of two F-16 jets, after earlier being shadowed by Hungarian warplanes, Greek officials said.

Piotr Adamczyk, public relations manager at Katowice airport, said they had received a telephone warning as the plane was flying over Slovakia.

“After the plane took off, there was a call to the airport information centre concerning the possible presence of an explosive device on board,” Adamczyk told AFP.

The flight had landed at an isolated area at Athens International Airport shortly before 1600 GMT, a delay of nearly two-and-a-half hours.

It had earlier been diverted to fly over the sea as it approached Athens as a precaution.

“Crew onboard flight FR6385 travelling from Katowice to Athens were notified of a potential security threat onboard and in line with safety procedures, continued to Athens where it landed safely before being met by the Greek authorities,” Ryanair said in a statement.