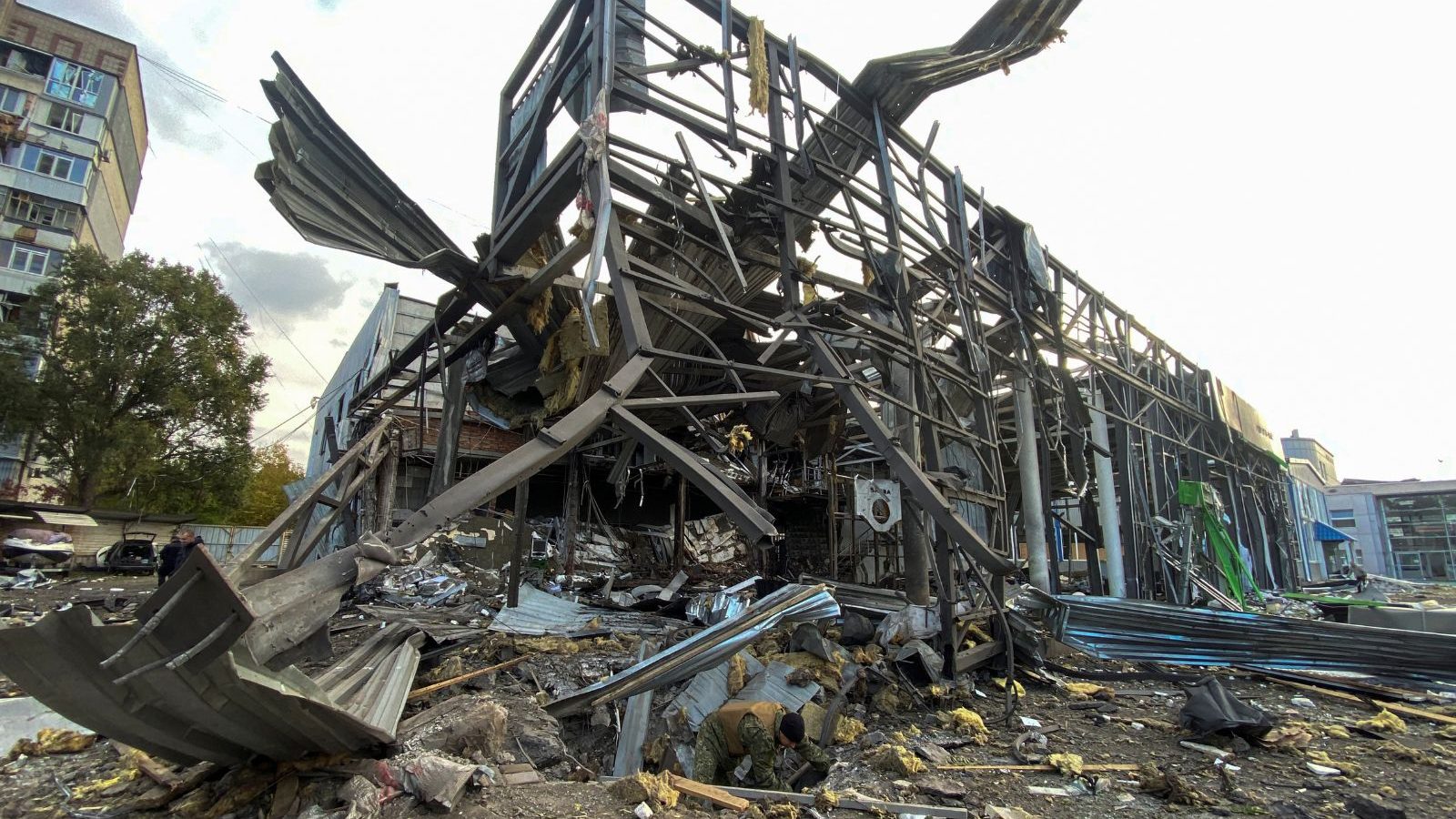 A view shows an office building of a car retailer destroyed during a Russian missile attack in Zaporizhzhia, Ukraine October 11, 2022. (REUTERS//Sergiy Chalyi)

“The front is mobile, especially in two directions: Orikhiv and Hulyaipole,” Rogov was quoted as saying by the Ria Novosti news agency.

He said there was active fighting in those areas, according to the agency.

“The initiative is in our hands.”

In its daily report on Sunday, the Ukrainian army said “more than 15 settlements were affected by artillery fire” in Zaporizhzhia.

Earlier this week, Rogov announced a “local offensive” around Orikhiv and said the Russian army had taken control of the village of Lobkove, near the Dnipro river.

He also said this week that fighting has “sharply increased” in the southern region.

On Saturday, the Russian army said its troops held “offensive actions” in the Zaporizhzhia region and claimed to have “taken more advantageous lines and positions.”

The front in southern Ukraine has been considerably quieter recently than in the east, with Moscow withdrawing from the major city of Kherson in November.

Russia claims to have annexed the Zaporizhzhia region along with three other Ukrainian regions, but does not control it in its entirety.

While Moscow controls large swathes of the southern part of the region, its main city Zaporizhzhia and northern part did not fall to Russian forces.

Russia has vowed to push Ukrainian forces out of them.