Rupee drops 19 paise to hit all-time low of 78.32 against US dollar 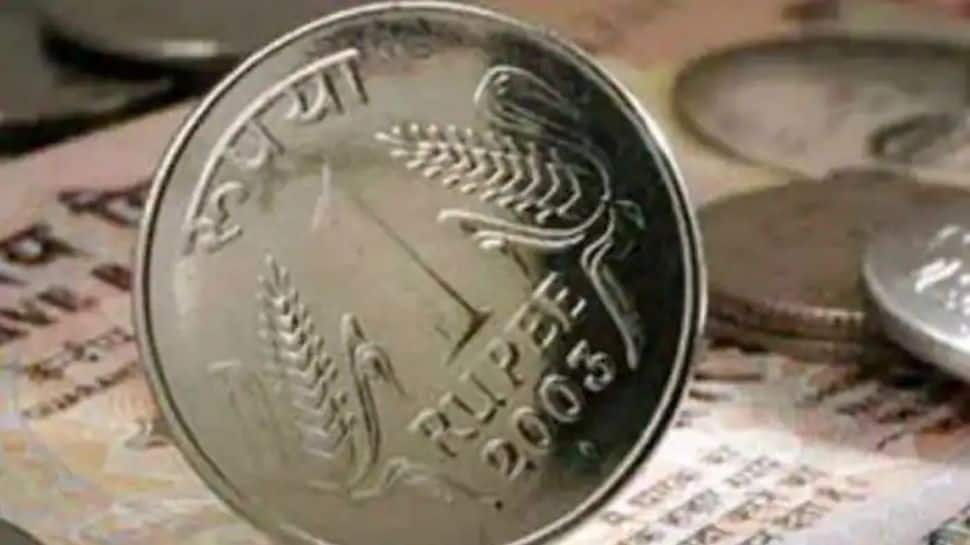 New Delhi: The rupee declined by 19 paise to settle at an all-time low level of 78.32 against the US dollar on Wednesday due to unabated foreign fund outflows and losses in the domestic equities. A stronger greenback overseas also weighed on the rupee sentiment, forex traders said. However, receding crude prices in the international market restricted the rupee’s loss, they added. At the interbank foreign exchange market, the local currency opened flat at 78.13 against the greenback and witnessed an intra-day high of 78.13 and a record intra-day low of 78.40.

“The Indian rupee has slumped to a new record low against the US dollar after consolidating around the 78 mark for a while, amid the unabated outflows witnessed from the domestic equities and renewed strength in the greenback,” Sugandha Sachdeva, Vice President – Commodity and Currency Research, Religare Broking, said. (ALSO READ: Expecting 7.5% economic growth rate this year: PM Modi at BRICS Business Forum)

The sentiments have taken a hit amid deteriorating global growth prospects and as the central banks look to act aggressively in their battle against inflationary forces, Sachdeva said.

Investors were seen flocking to the safety of the US dollar as consumer price inflation in the UK ticked to a new 40-year high of 9.1 per cent in May.

Market participants are looking forward to Fed Chair Jerome Powell’s two-day testimony to the Congress for further clues as to whether the US central bank is poised to deliver another large rate hike at its July meeting.

“This will provide further cues for the Indian rupee going forward, which is still finding a lot of cushion around the 78.50 mark,” Sachdeva said.

The dollar index, which gauges the greenback’s strength against a basket of six currencies, strengthened by 0.05 per cent to 104.48.

Foreign institutional investors remained net sellers in the capital market on Wednesday as they offloaded shares worth Rs 2,920.61 crore, according to the stock exchange data. Meanwhile, the RBI data showed that India’s current account deficit was at 1.2 per cent of GDP in FY2021-22 against an account surplus of 0.9 per cent of GDP in FY21. A higher CAD also weakens the local currency.