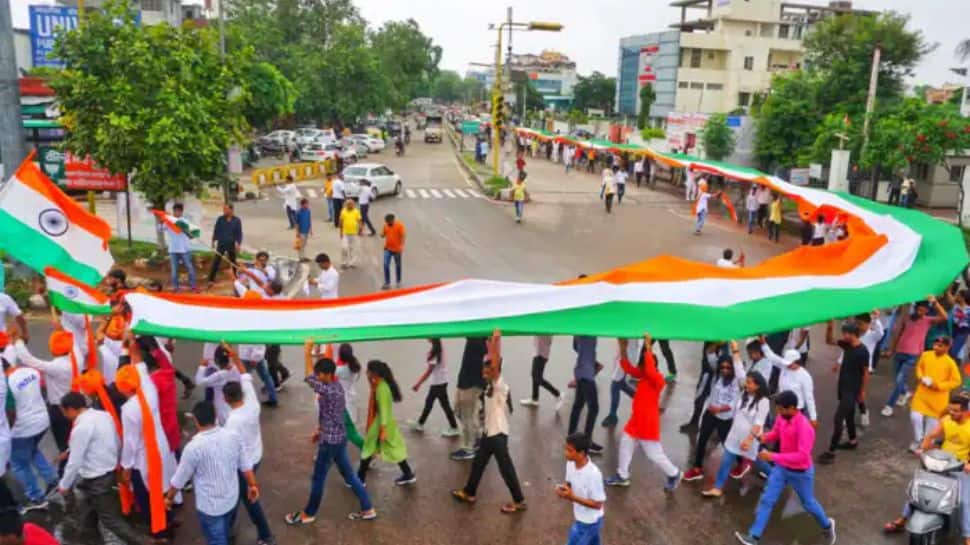 New Delhi: This Republic Day, the city of Muzaffarpur in Bihar will witness a Tiranga Yatra which will feature a 351 feet long tricolour flag. The area has seen such a yatra for the past 5 years on Republic Day and Independence Day. The parade is organised by the Ramgarh family and will begin at Sikandarpur Mod, Ramgarh Chowk at 3 pm, as per a News18 report. It will travel through various parts of the city including Saraiyaganj, Pankaj Market, Chhata Bazar, Garib Sthan Road, Sonarpatti, Sahu Road, Chhoti Kalyani, Harisabha Chowk, Kalyani Chowk, Islampur, Motijheel, Santoshi Mata Mandir, and Islampur.

The parade aims to promote patriotism among the citizens of Muzaffarpur, Ravi Mahato, a member of the Ramgarh family, told News18. Additionally, the district administration will also host a program featuring tableaux of government-sponsored schemes and a tableau of school children.

For this year’s Republic Day parade, Egyptian President Abdel Fattah El-Sisi will attend as chief guest. He arrived in Delhi on Tuesday for a three-day state visit focused on enhancing bilateral ties in a range of areas, including agriculture, digital domain, and trade. Prime Minister Narendra Modi and Sisi will hold wide-ranging talks on Wednesday (January 25).