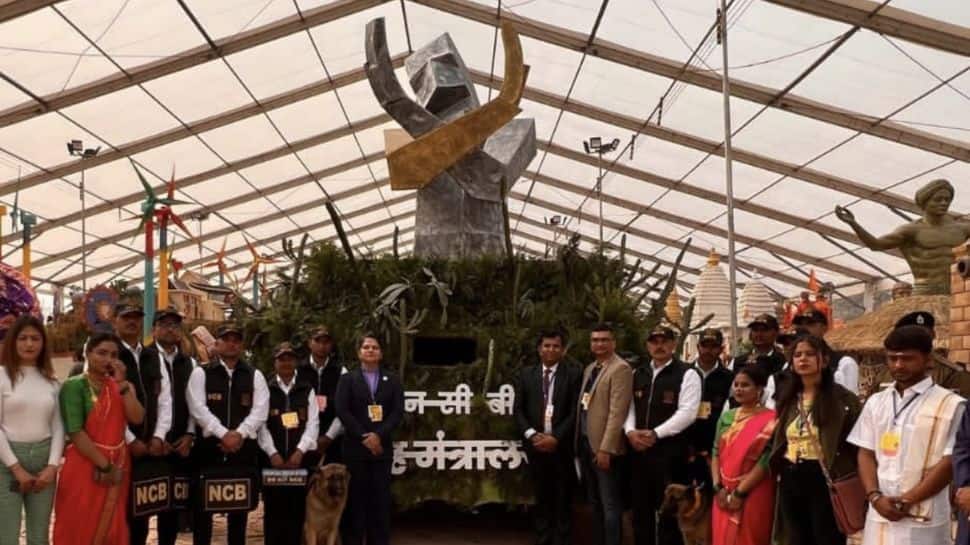 New Delhi: The Narcotics Control Bureau (NCB) will debut a tableau in the Republic Day parade on January 26, with a message of saying no to drugs. The NCB, which is the primary agency for drug law enforcement in India, will be accompanied by members of its personnel and two members of its canine squad as it rolls down the Kartavya Path.

The tableau will feature the message “Nasha Mukt Bharat” (Drug-Free India) on top, with a group of people standing in front of it, dressed in different traditional Indian costumes, holding out their arms, and a banner below with the line “Together We Can Do It”.

The group of people represented from diverse cultural backgrounds is intended to convey that together “we can keep our country safe from the drug menace”. The front of the NCB float will depict a fiber installation representing a symbolic gesture of ‘no’ with hands crossed.

“The crossed hands show that we say ‘no to drugs’,” says NCB’s Deputy Director General Monika Batra. The intelligence and technology that NCB uses to detect drugs will also be showcased. Among the canine members of the NCB who will be accompanying its tableau are German Shepherds ‘Limbo’ and ‘Jelly’.

The parade will also feature 23 tableaux in total, 17 from states and Union territories and 6 from various ministries and departments, depicting India’s cultural heritage, economic, and social progress.