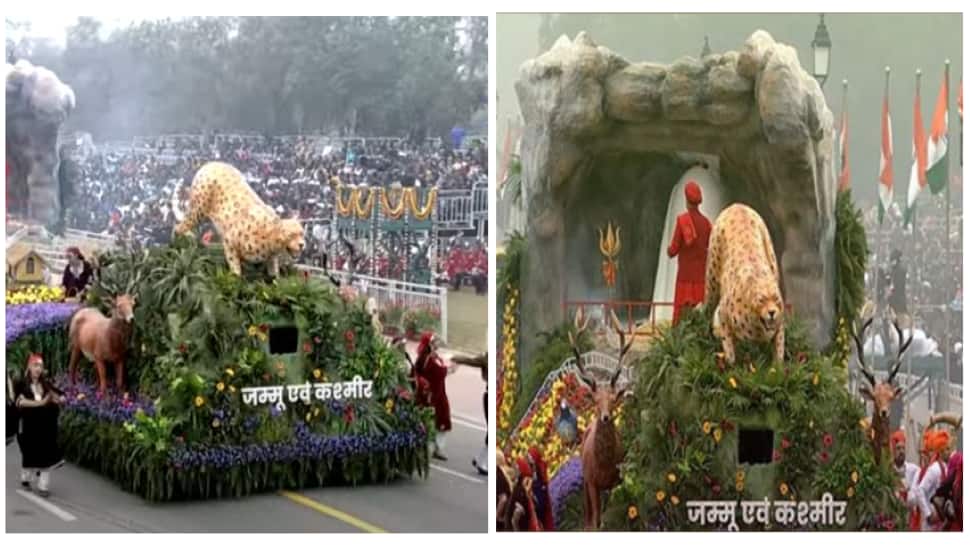 Republic Day parade 2023: On the occasion of the 74th Republic Day, the tableau of Jammu and Kashmir with its theme `Naya Jammu & Kashmir`, showcased the pilgrim and recreational tourism potential of the union territory on Kartavya Path. Tourism in Jammu and Kashmir achieved a great boost during recent years and registered a record tourist footfall of 1.62 crores for the first time in the history of 75 years of independent India.

The hilly regions of J-K have varied fauna and are home to the once endangered Kashmiri Stag, locally called Hangul; the common leopard and the newly declared UT bird Kalij Pheasant. J-K is also known for the world-famous tulip gardens and violet revolution (lavender cultivation) which has opened new vistas for budding entrepreneurs in the region.

The tableau`s tractor portion showcased sculptures of a Leopard, Kashmiri Stags and Kalij pheasant in the wild setting. The trolley portion showcased tulip gardens, lavender cultivation and women working on a lavender farm. The mud houses being promoted to offer eco-friendly living for tourists were displayed in the centre and at the rear end of the trolley famous holy Amarnath shrine and Skiing in the world-famous tourist destination, Gulmarg was depicted.

People witnessed an amazing panorama of horses clip-clopping, energetic marching by young uniformed men and women, thunderous stamping on the asphalt, the rhythmic beating of the drums, martial tunes by the military bands, the mighty tanks, aircrafts thundering the sky above, decorative tableau reflecting India`s vibrancy and aspiration.

President Droupadi Murmu commenced the celebrations of the 74th Republic Day, for the first time since assuming office last year, by unfurling the national flag at Kartavya Path on Thursday. Keeping with tradition the unfurling of the Tricolour was followed by the national anthem and a customary 21 Gun Salute.