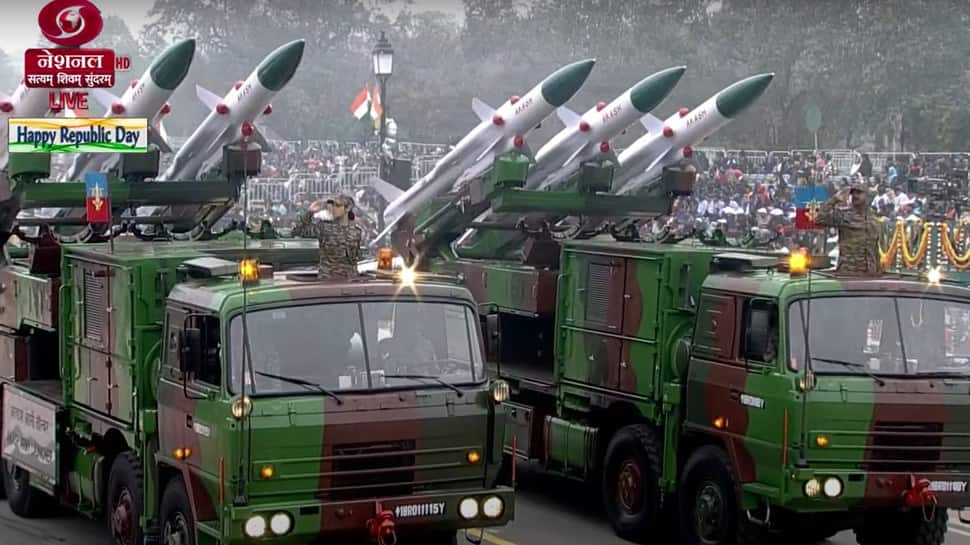 The 74th Republic Day parade was unique in many ways as it showcased not only India’s cultural diversity but also the country’s military might. The national capital witnessed a spectacular presentation of discipline and grit as Army contingents and other personnel marched on the Kartavya Path. Among the military equipment on display was the Akash Radar System or Akash weapon system which was deployed to counter any misadventure by the Pakistan Air Force.

The Akash weapon system of 27 Air Defence Regiment of the Amritsar airfield led by Captain Sunil Dashrathe and accompanied by Lt Chetana Sharma of 512 Light AD Missile Regiment today marched on the Kartavya Path. The weapon system is capable of keeping the Indian sky protected and safe. It was used as a potent deterrent in 2019 against Pakistan when it was deployed as a counter-measure to Pakistan’s Air Force post the Balakote Air Strike.

The Republic Parade 2023 kicked off with a march by a contingent of the Egyptian Armed Forces. Several contingents made their presence felt on the Kartavya Path. It included a contingent in the uniform of the 61 Cavalry, led by Capt Raizada Shaurya Bali. Raised in 1953, the 61st Cavalry is the only serving active Horsed Cavalry Regiment in the World, with the amalgamation of all the ‘State Horse Units’.

Mechanised Infantry Regiment, commanded by Capt Harshdeep Singh Sohi, was the next to follow after the advanced light helicopters fly past. The Mechanised Infantry, dubbed as ‘Tomorrow’s Regiment in Today’s Army’, is the youngest regiment of the Indian Army.