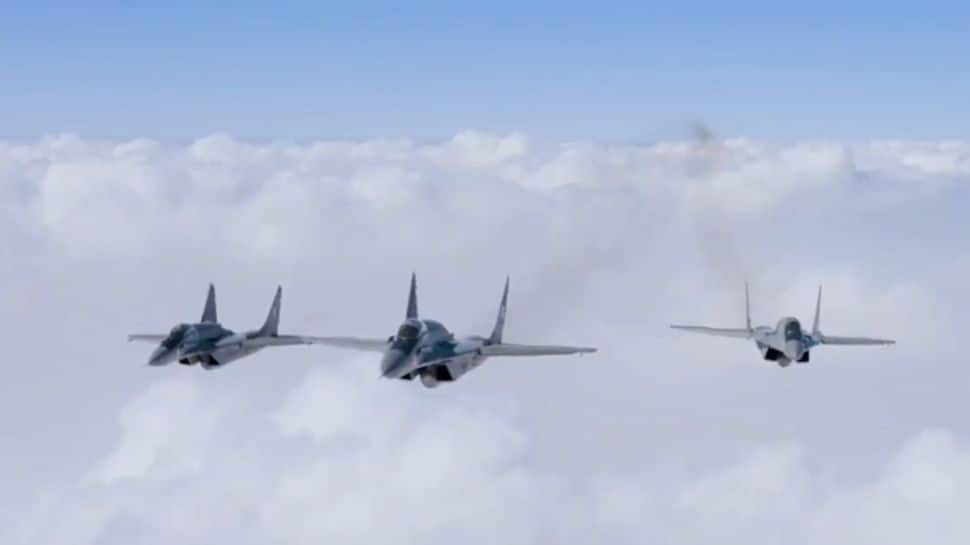 The Fly Past, a breathtaking air show with 45 aircraft from the Indian Air Force (IAF), one from the Indian Navy, and four helicopters from the Indian Army, served as the 74th Republic Day parade’s grand finale. The Fly Past featured 50 aircraft, including both vintage and contemporary planes and helicopters such as the Rafale, MiG-29, Su-30, Sukhoi-30 MKI Jaguar, C-130, Dakota, LCH Prachanda, Apache, Sarang, and AEW&C.

Apart from this, a daring motorcycle display by the Corps of Signals Dare Devils team at Kartavya Path on Republic Day was also an attraction. The fighter jets Rafale, Sukhoi, and MiG displayed various formations, including Baj, Prachanda, Tiranga, Tangail, Vajrang, Garuda, Bhima, Amrit, and Trishul over the Kartavya path, which around 65,000 attendees witnessed.

Along with this, the concluding Vertical Charlie maneuver was performed by the Rafale fighter aircraft of the Air Force. The function ended with the national anthem and the release of tricolor balloons.

The continuous surveillance of the ICG has led to the seizure of banned substances worth over Rs 14,546 crore since its inception, including Rs 2,620 crore in 2022 alone. Its reach and capability was demonstrated during flag hoisting on 100 remote inhabited and uninhabited islands as part of the `Amrit Mahotsav of Independence`.

The contingent of Border Security Force (BSF) marched past on camels under the command of Deputy Commandant Manohar Singh Khichi. For the first time, women camel riders participated in the parade.