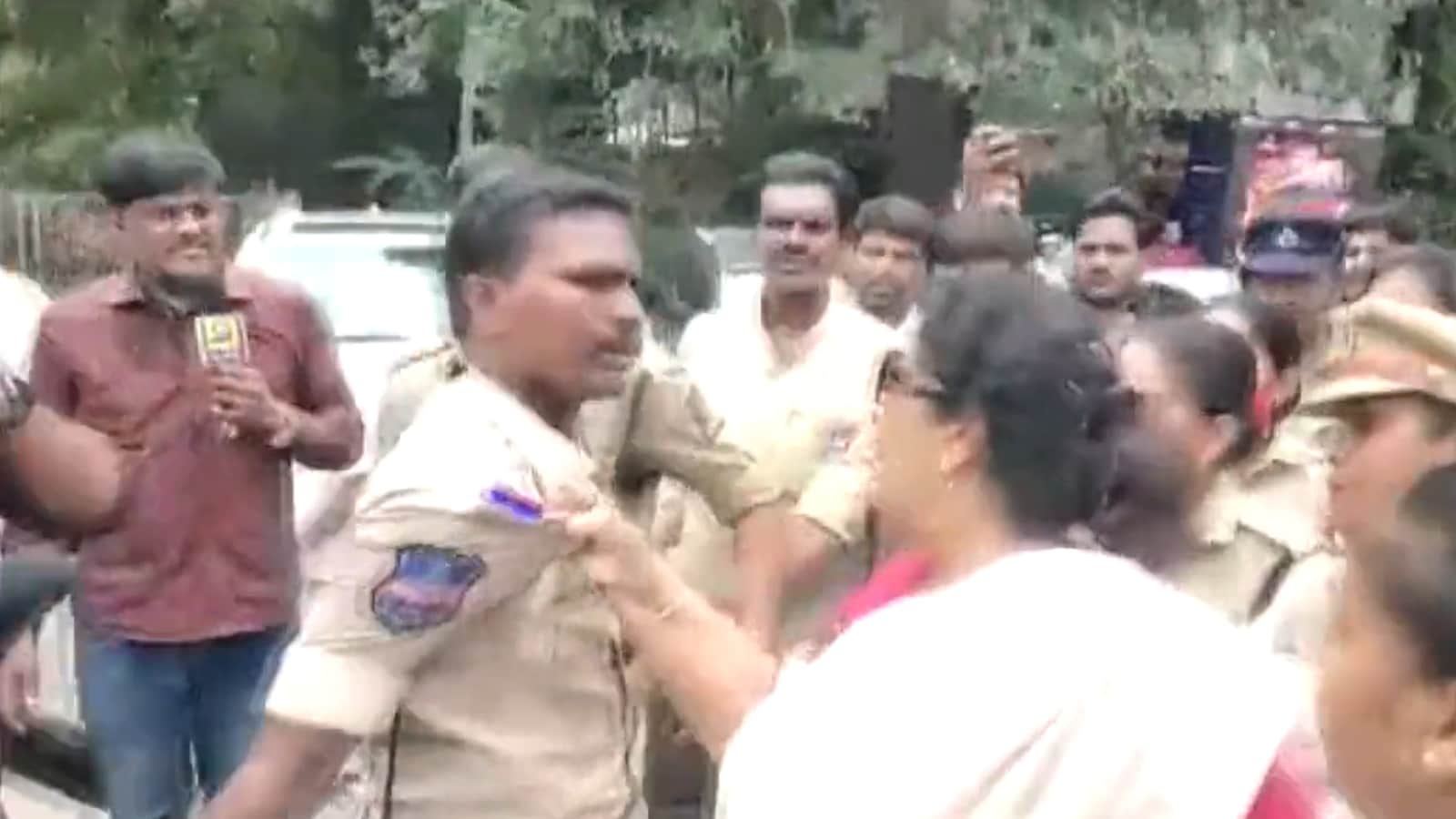 Tension prevailed near Raj Bhavan in Hyderabad on Thursday after Congress leaders and workers staged a protest against the questioning of senior party leader Rahul Gandhi by the Enforcement Directorate (ED) in connection with the National Herald case.

A video of the protest surfaced online in which Congress leader Renuka Chowdhury is seen holding a policeman by his collar while being taken away from the spot. A case has been filed against Chowdhury at Panjagutta PS under section 353 of IPC in this connection.

#WATCH | Telangana: Congress leader Renuka Chowdhury holds a Policeman by his collar while being taken away by other Police personnel during the party’s protest in Hyderabad over ED summons to Rahul Gandhi. pic.twitter.com/PBqU7769LE

Speaking to News18, Chowdhury said the police has started pushing women in the crowd and she had grabbed onto the policeman’s shoulder to regain balance.

Tweeting from her account later, Chowdhury accused police of misbehaving with women leaders of the party.

Police across the country need to show restraint against protesting Congress leaders.

Telangana Pradesh Congress Committee (TPCC) president and party MP A Revanth Reddy, Congress Legislature Party leader Mallu Bhatti Vikramarka and several others were taken into preventive custody by the police as they were proceeding towards Raj Bhavan.

The protest caused traffic jam on Khairtabad Circle and surrounding areas. A two-wheeler was reportedly set on fire and some protesters were seen climbing on a state-run city bus even as window panes of the bus were smashed allegedly by an agitator.

Rahul Gandhi, 51, has been questioned by the police for three consecutive days since Monday and is to appear before the ED at its headquarters on APJ Abdul Kalam Road in central Delhi again on Friday.

His statement has been recorded in multiple sessions under the Prevention of Money Laundering Act (PMLA) and after Wednesday’s round of questioning, he has clocked close to 30 hours with the ED investigators.

The grand old party has called the agency’s action vendetta politics of the Centre against opposition leaders as the party’s supporters continued protests on roads leading to the ED office.