‘Remove ATK and give us our Mohun Bagan back’: Protest over iconic football club felt during India vs Afghanistan 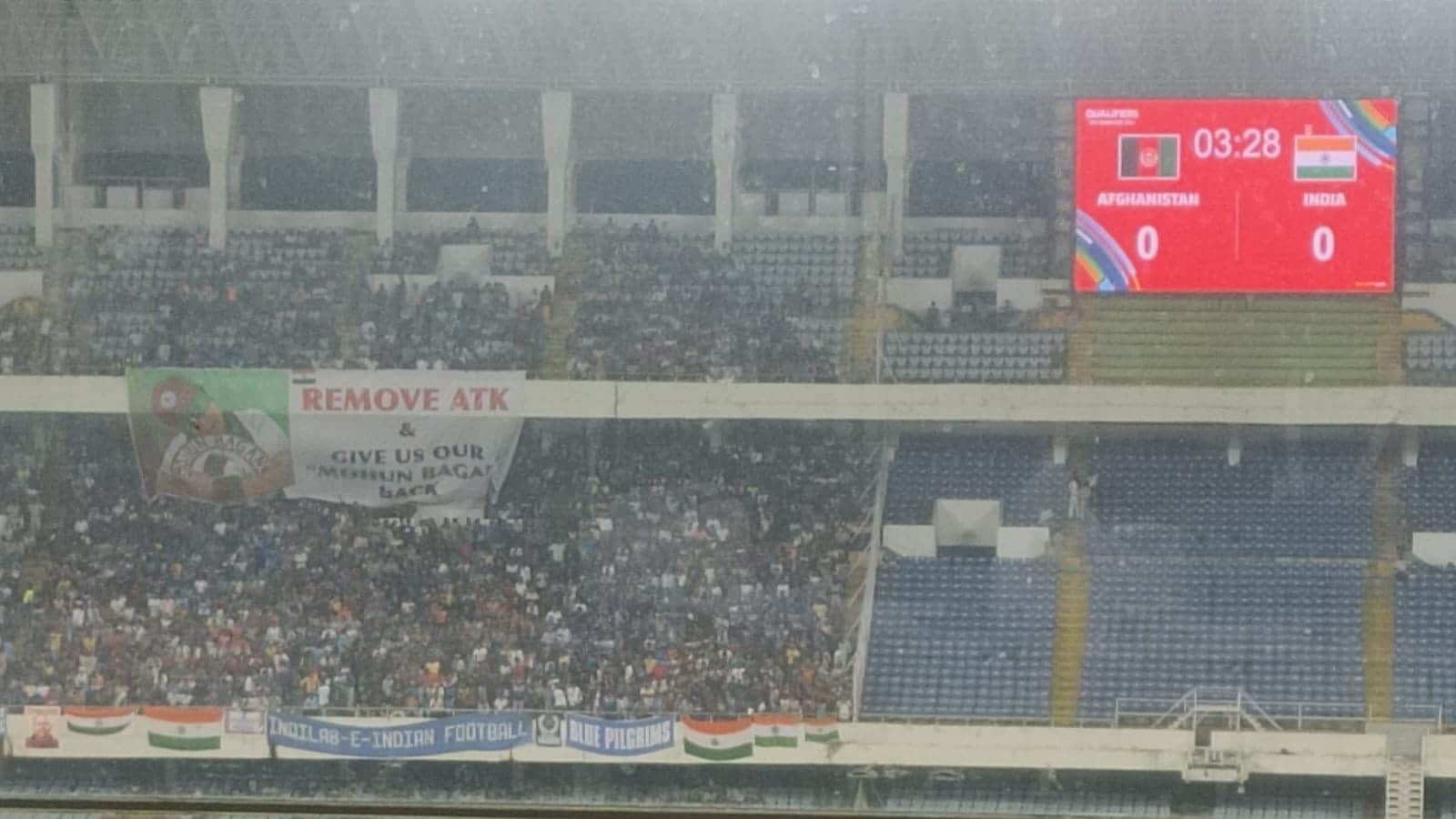 The protest to remove the prefix ATK from Indian Super League club ATK Mohun Bagan was once again felt at the AFC Asian Cup qualifiers match between India and Afghanistan at the Salt Lake Stadium on Saturday.

A section of disgruntled Mohun Bagan loyalists, who have now been demanding the same for a long period, displayed a giant tifo that read “Remove ATK and give us our Mohun Bagan back”.

The tifo was kept on display for almost a minute and a half at the beginning of the contest and was rolled up quickly.

This is not the first time fans have expressed their dissatisfaction during a match. Similar scenes were witnessed during an AFC Cup 2022 group stage match last month. Apart from this, fans have also taken to the streets on many occasions demanding the same.

Carrying the legacy of being one of the most popular clubs not just in West Bengal, but India, Mohun Bagan was founded in the year 1889. However, ever since their merger with ATK in January 2020, there have been a few points of differences.

Meanwhile, India after defeating Cambodia 2-0 earlier in the competition are aiming for a positive result against Afghanistan. They are placed in Group D alongside Hong Kong, who currently sit at the top of the table with six points after consecutive wins.

The team had defeated Afghanistan 2-1 in their first match of the qualifiers and went on to secure a resounding 3-0 win against Cambodia earlier in the evening.