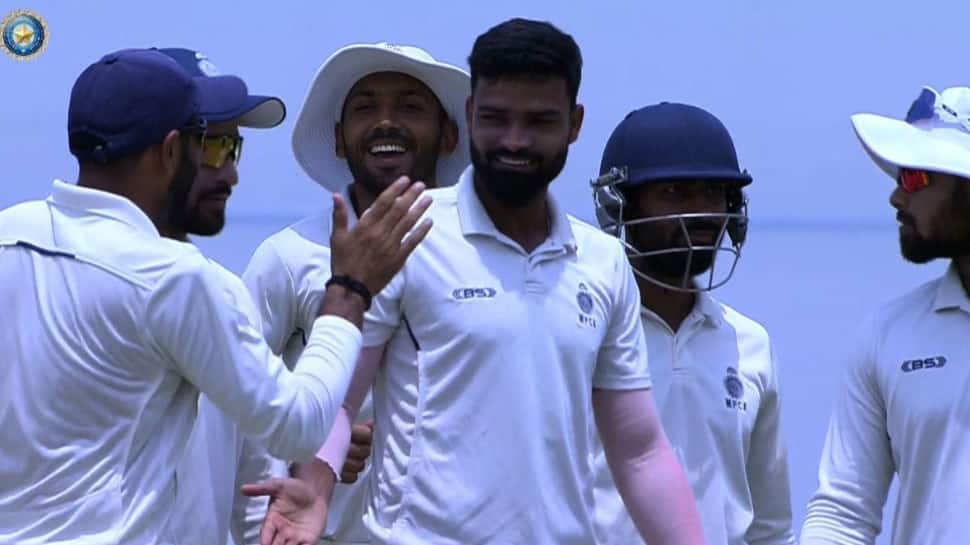 Ranji Trophy Final 2022 Mumbai vs MP LIVE Stream and TV details: Prithvi Shaw-led Mumbai will take on Madhya Pradesh in the final of the Ranji Trophy 2022 that begins on June 22 at M Chinnaswamy stadium in Begaluru. Not to forget, Mumbai are 41-time champions who will take on MP, who have made it to their first final since 1998-99. MP topped their group without losing a single match, then beat Punjab and Bengal in the quarter-finals and semi-finals to cement their place in the last-two. Mumbai too had a similar journey as they topped their group, with 2 wins and a draw, and then beat Uttarakhand by massive 725 runs in the quarter-finals to move to the semis where they drew with UP but surge ahead on the basis of 1st innings lead.

Ahead of his team’s Ranji Trophy final against Madhya Pradesh, Mumbai head coach Amol Muzumdar has said that the occasion is all about the players. Mumbai, who are 41-time champions have reached their 47th Ranji Trophy final overall and their first since 2016-17. Their semi-final tie against Uttar Pradesh was a draw, with Mumbai advancing on basis of their first-innings lead. Muzumdar is clear that it is not about him. He has already won the competition as a captain and has been part of many title-winning teams.

Here is everything you need to know about the match:

When will the Ranji Trophy 2022 final begin?

Where is the final being played?

The final match of the 2022 Ranji season will be played at M Chinnaswamy Stadium in Bengaluru having a seating capacity of 40,000 people. Spectators will be allowed at a 100 percent capacity.

Where can the final be watched?

The Ranji Trophy Finals will be broadcast live on the Star Sports Network on Star Sports 2 and Star Sports 2 HD. The match will also be live streamed on the Disney+ Hotstar app.