Rahul Dravid Hopes Shubman Gill’s Father Will be ‘Real Proud’, says THIS After Another ton vs New Zealand, WATCH 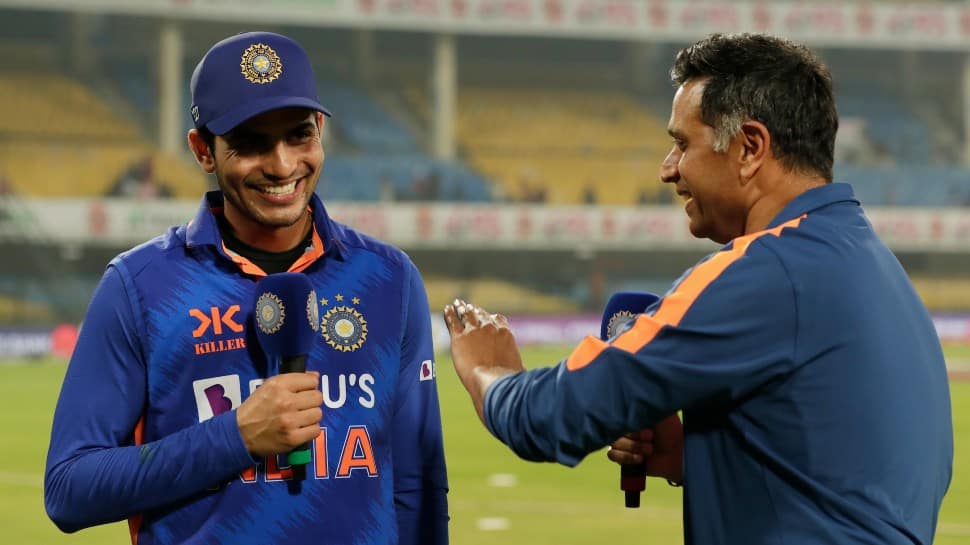 Team India opener Shubman Gill equalled the record for must runs scored in a bilateral series, scoring 360 runs – including a double century and a ton – in three games against New Zealand. Head coach Rahul Dravid was really pleased that Gill is finally living up to his immense potential finally.

Dravid recalled the words of Shubman Gill’s father when the young opener wasn’t converting his scores into centuries. Continuing his red-hot form, the Indian opener on Tuesday (January 24) brought up his 4th ODI century in the third and final match of the series against New Zealand at the Holkar Cricket Stadium, here to equal a rare record set by Pakistan’s Babar Azam against West Indies in 2016.

Gill made 112 runs off just 78 balls, bringing up his second century of the series. Earlier in the series opener in Hyderabad, the opening batter had smashed a 208 to become the fifth Indian batter to get to an ODI double hundred. The youngster was also adjudged Player of the Series for his impressive performance against the Kiwis.

“So when Shubman was scoring a lot of fifties and sixties and batting well, but not really converting them into big hundreds, I think his father had said, ‘Shubman are you only going to show us drizzles or are you actually going to show us some rain and some thunderstorms’,” Dravid said in a video posted by BCCI on social media, where the head coach had an interaction with Gill.

“I think his father will be glad that over the last month or so, what you have done is you really made it rain. So, well done. It must make you and your dad really proud,” he added.

Motivation from father, joy of batting with captain @ImRo45 & @imVkohli and special bond with Head Coach __ _

Man of the moment, @ShubmanGill, shares it all in this interview with Rahul Dravid _ _ – By @ameyatilak

Then, Dravid burst into laughter and said: “Hard task master your dad man! If we don’t push you, he will. So you’re in good hands.”